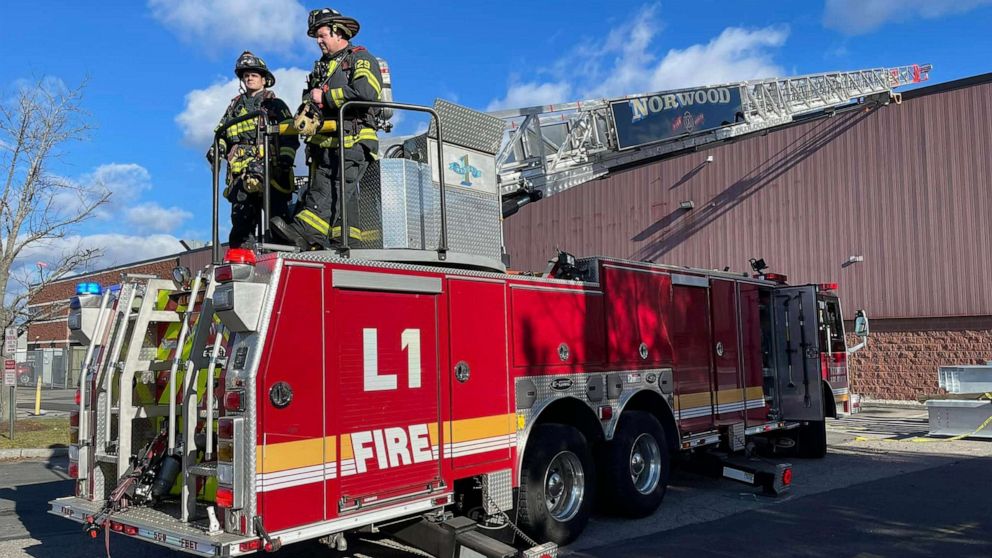 One person is dead and another injured due to an ammonia leak at a commercial building in Norwood, Massachusetts, police officials said on Monday.

Norwoods police and fire departments responded to a 911 call after 11 a.m. local time on Monday over an ammonia leak at a food processing facility.

According to the Norwood Police Department, two men working for an outside contractor were near the leak, leading to the incident.

The district attorneys office identified Richard J. Arguin, 68, of Dighton, as the deceased.

First responders provided aid to the other man and sent him to Massachusetts General Hospital for further treatment.

Ammonia is a chemical that is used in several industries, such as agriculture, manufacturing and food processing.

Ammonia can irritate and burn the skin, mouth, throat, lungs and eyes, according to the Centers for Disease Control and Prevention. High exposure to the chemical can cause death.

According to a 2021 study in the Proceedings of the National Academy of Science, 69% of air emission deaths of agricultural workers were due to ammonia.

“The information that we have is that this is an incredibly dangerous situation for the fire, Haz-Mat and police personnel responding,” Norfolk District Attorney Michael W. Morrissey said in a press release. “We will be proceeding with this investigation as quickly as safety allows.”

The district attorneys office said that the death seemed accidental and surveillance video showed no foul play, but an investigation is ongoing.

Number of adults who identify as LGBT has doubled...

Dominic Calvert-Lewin: Everton striker says it is difficult for...

Missouri inmate released after being imprisoned 27 years, with...

Judge orders proposed Rio Grande decree to be made...

Google Pixel 7a leak promises upgrades for the display,...

Some in GOP ‘very concerned about the damage’ Trump...

US homeless numbers stay about the same as before...

Equity Monday: How many times must Spotify step on...

Stacey Abrams refuses to say whether she supports restrictions...

Carolyn Hax: Is having a favorite child ‘the dirty...

Any Consequences For Will Smith Over Oscar Slap? (Podcast)

Carvana acquires Adesa US auction business for $2.2B to...

US Open: Cameron Norrie reaches fourth round in New...

Telemedicine startups can survive and thrive under renewed regulation...

Grealish says adapting at Man City has been ‘difficult’

Can underdog Giants topple Eagles? Keys to their divisional...

Texas to execute man for slaying of Dallas real...

Rogers plans to step aside from plum House GOP...

Chris Kirkland on his addiction to painkillers: ‘You become...

No bail for Minnesota man accused of prepping to fight cops