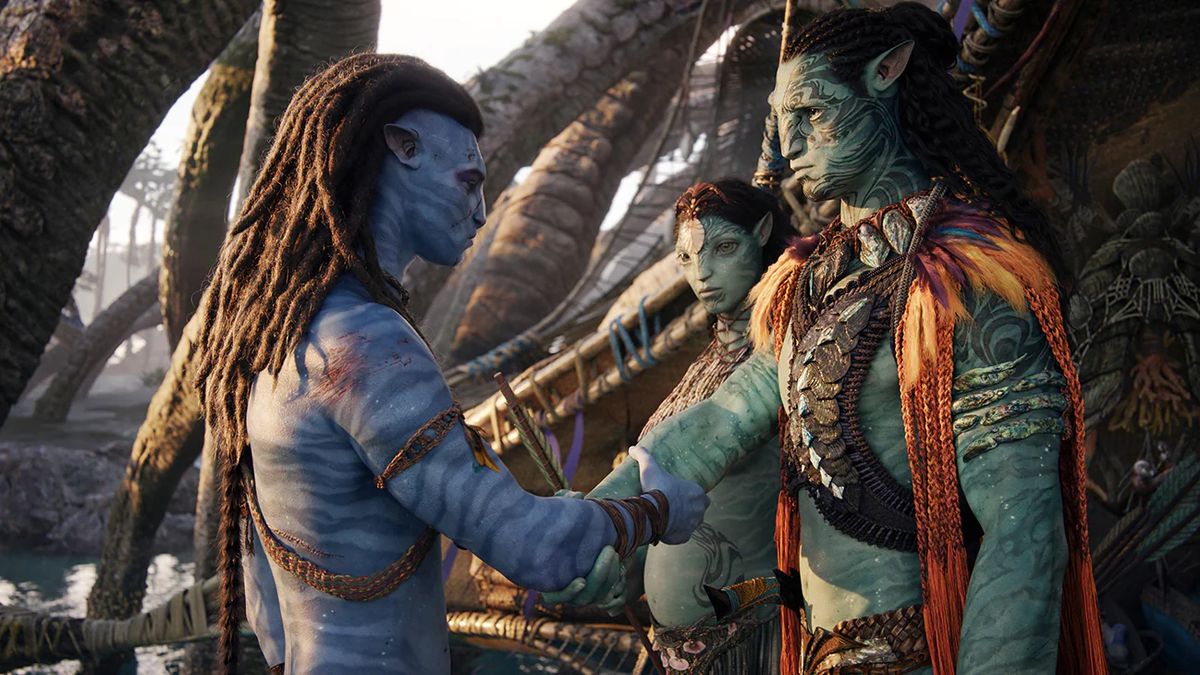 Avatar: The Way of Water has been hailed as a “monumental filmmaking achievement” in early reactions from critics and influencers alike.

The highly anticipated sci-fi sequel, which lands in theaters worldwide on December 16, had its world premiere in London last night (December 6). And, once the credits had rolled on Avatar: The Way of Water, journalists and other attendees moved quickly to give their thoughts on James Cameron’s latest epic cinematic release.

Unsurprisingly, the vast majority of the sci-fi movie’s early impressions were hugely positive, with many showering the follow-up to 2009’s Avatar with as much praise as possible.

Uproxx’s Mike Ryan was one of the first to hail Cameron’s newest film, telling people “never bet against James Cameron” before hailing its visuals by humorously saying “sometimes I’d miss plot points because I’m staring at a Pandora fish”:

AVATAR: THE WAY OF WATER: Yeah never bet against James Cameron. Trying to spare hyperbole, but I’ve never seen anything like this from a technical, visual standpoint. It’s overwhelming. Maybe too overwhelming. Sometimes I’d miss plot points because I’m staring at a Pandora fishDecember 6, 2022

Fandango and Rotten Tomatoes scribe Erik Davis concurred, calling Avatar 2 “visually phenomenal” before adding “this is moviemaking and storytelling at its absolute finest”:

Happy to say #AvatarTheWayOfWater is phenomenal! Bigger, better & more emotional than #Avatar, the film is visually breathtaking, visceral & incredibly engrossing. The story, the spectacle, the spirituality, the beauty – this is moviemaking & storytelling at its absolute finest. pic.twitter.com/RicnpDghrxDecember 6, 2022

Many others felt the same way about the movie’s awe-inspiring 3D visuals and aesthetic. Phase Zero’s Brandon Davis (opens in new tab) said “there’s no overstating how visually impressive” and “gorgeous” it looks in Dolby 3D, while ReelBlend’s Kevin McCarthy (opens in new tab) suggested its “48fps 3D experience features some of the most jaw-dropping immersion I’ve ever seen”.

Collider’s Perri Nemiroff claimed she always had faith that Cameron would deliver a visual feast, but admitted she wasn’t ready for how “mind blowing” it is and that “the technical feats always feel in service of character and world building”:

#AvatarTheWayOfWater is pretty incredible. I had faith James Cameron would raise the bar w/ the effects but these visuals are mind-blowing. One stunning frame after the next. But the thing I dug most is how the technical feats always feel in service of character & world-building. pic.twitter.com/MXeN3z8BnPDecember 6, 2022

There were even some reactions that hailed Avatar 2 is some pretty amusing ways. The Atlantic’s David Sims (opens in new tab) said it “absolutely owns bones”, while IndieWire’s David Ehrlich (opens in new tab) drolly said “imagine being dumb enough to bet against James Cameron. Or teen alien Sigourney Weaver. Or giant whales subtitled in papyrus”.

Others were quick to praise how The Way of Water’s builds on (and is arguably better than) the original. Gizmodo’s Germain Lussier (opens in new tab) called it “emotionally overwhelming” before praising every performance “especially by all the kids”. Film Inquiry’s Kevin Lee (opens in new tab) added to that, saying Avatar 2’s story is “the beating heart. It’s more personal, complicated, [and] emotional”.

Finally, Vulture’s Bilge Ebiri called it Cameron’s “sweetest, gentlest, most personal film. Possibly even his most emotional… he loves his family. By the end, I did, too”:

AVATAR: THE WAY OF WATER might be James Cameron’s sweetest, gentlest, most personal film. Possibly even his most emotional. It revisits all his greatest hits, but it’s always totally sincere. He is never leaving Pandora. He loves this family. By the end, I did, too.December 7, 2022

Not every review was as glowing as those above, though. Former Access Hollywood correspondent Scott Mantz (opens in new tab) suggested its story is “weaker than the first” and that the movie’s three hour-plus runtime “feels drawn out”. Additionally, Next Best Picture’s Matt Neglia (opens in new tab) said “Cameron’s dialogue still struggles”, hinting at some clunkiness with what the film’s characters say.

Despite lauding everything else about the film, Total Film’s Jack Shepherd (opens in new tab) said some of the new characters “are underutilized”. Over at Digital Spy, Ian Sandwell also commented on the film’s struggle to balance its plot and stacked cast of characters, even if it is a “visual masterpiece”:

Unsurprisingly, #AvatarTheWayOfWater is a visual masterpiece with rich use of 3D and breathtaking vistas. It does suffer from a thin story and too many characters to juggle, yet James Cameron pulls it together for an extraordinary final act full of emotion and thrilling action. pic.twitter.com/opr6CRyOwkDecember 6, 2022

If you’re still on the fence about seeing Avatar: The Way of Water, former Variety writer Kris Tapley probably sums it up best. Basically, go and see it for yourself:

I was fortunate enough to see #AvatarTheWayOfWater this morning and listen, whatever that ticket ends up costing you, it’s worth every cent. I could have watched it all day long.December 6, 2022

TechRadar will be bringing you more Avatar 2 content in the lead-up to release, including whether (and potentially when) it’ll land on Disney Plus. Be sure to check back in with us from December 12 onwards for our full thoughts and more.

In the meantime, check out our picks for the best Disney Plus movies, which includes 2009’s Avatar, and best Disney Plus shows. Alternatively, read up on why we think Avatar 2’s latest trailer proves it’ll be the best film of 2022, or get the lowdown on what’s worth knowing about Avatar: Frontiers of Pandora, an upcoming videogame based on Cameron’s latest megahit movie franchise. Delta to provide free Wi-Fi on most U.S. flights...

WHO unveils plan to end global COVID-19 emergency in...

Crypto Has Become a Target of India’s Dreaded Enforcement...

‘A complete smear job against me’: Johnson spars with...

The Risk of Mean Reversion Has Stocks Staring at...

Musixmatch launches a podcast platform for transcription driven by...

Intel Raptor Lake CPUs could be good news for...

How the Queen’s Christian faith went beyond duty

US ambassador: China trying ‘to distract us’ by choosing...

Watch the trailer for CNN’s documentary on the rise...

IMF: Ukraine economy could shrink as much as 35%

Google Chases Amazon and Microsoft in Cloud With AI...

Twin thought to be UK’s most premature to survive...

How a nonbinary Pokemon and a Republican governor reminded...

As Russia bombs Ukraine’s infrastructure, its own services crumble

Bayer Profit Boosted by Demand for Seeds and Weed...

Boeing jet under scrutiny by India amid China crash

Masters 2022: Scottie Scheffler holds on for his first...