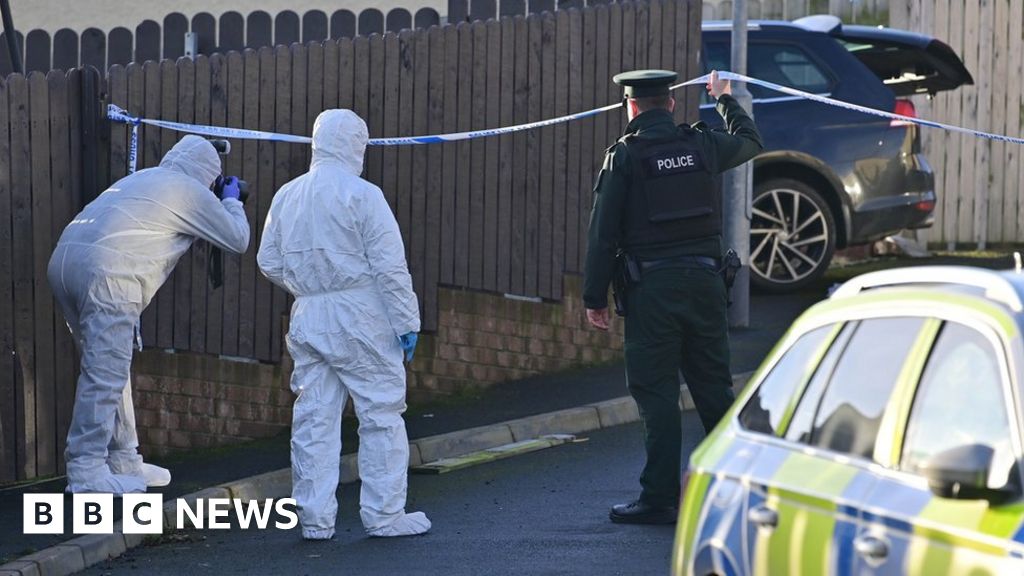 The 58-year-old man who was shot dead in Newry on Thursday evening was Mark Lovell, the police have confirmed.

Mr Lovell was shot a number of times at close range outside his home in Ardcarn Park. He died at the scene.

Police said one line of inquiry is that the shooting was part of a cross-border crime feud, possibly involving drugs.

On Friday, Supt Norman Haslett described the murder as a “brutal and a senseless attack on a defenceless man”.

He said the victim, who was a husband and father, crashed his car into a nearby property after the attack.

Politicians have condemned the attack and urged anyone with any information to get in contact with the police. Wildfire breaks out in Turkey’s seaside resort of Marmaris

The Libertines kick off Glastonbury weekend

Manchester United charged for player conduct in win over...

Kentucky floods: ‘More water than any of us have...

Max Homa on life, golf after podcasting: ‘So far,...

Photo: The scorecard that gave Aljamain Sterling his title...

Finding Vegas VR nirvana in the backseat of a...

5 takeaways from Colts’ 20-3 loss to the Chargers

A tornado swept through Paderborn, Germany, and injured at...

Keir Starmer’s search for a vision goes on

Biden’s Privacy Order Slaps a Band-Aid on the EU-US...

Michigan votes to protect abortion rights in reflection of...

The Mario movie trailer is as cursed as we...

Patrick Corbin rediscovers himself, quiets the Mets in a...

Robinhood to lay off 9% of full-time employees

Ex-Michigan cop to face murder trial in killing of...

A data entry error on the London Metal Exchange...

The ‘everything bubble’ has popped and the experts on...

How “It’s A Wonderful Life” Became A Classic (By...

Biden sending federal aid as NY digs out from...

What they want: Allies meet in Europe for Ukraine...

‘I feel betrayed’: Cristiano Ronaldo claims he is being...

Daily Crunch: How to remove common consumer-grade spyware from...

UK wants to squeeze freedom of reach to take...