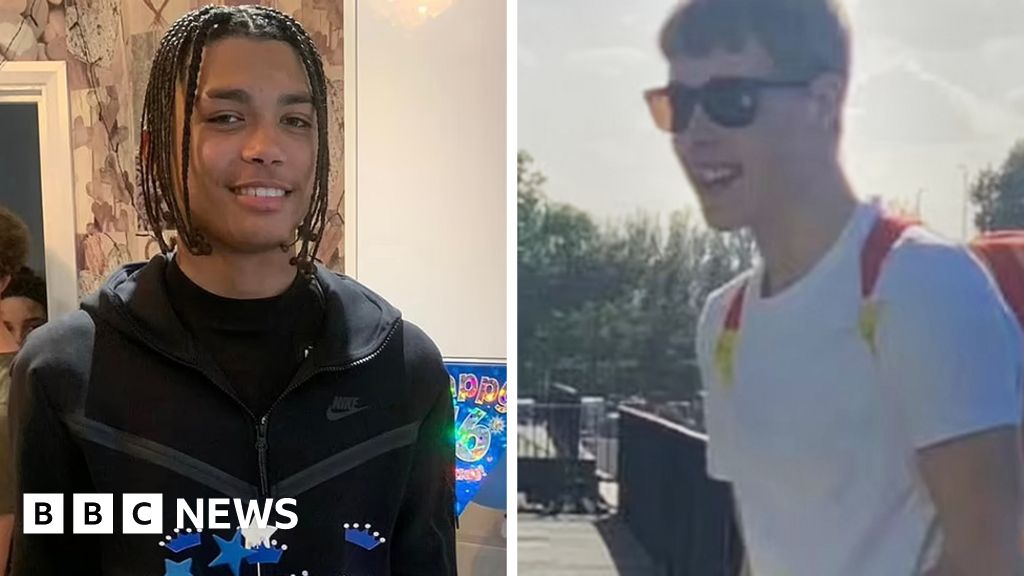 Two teenage boys have been charged with murdering two boys who were stabbed to death a mile apart from each other in south-east London.

Kearne Solanke, 16, was found fatally wounded in Titmuss Avenue in Thamesmead on Saturday.

Charlie Bartolo, also 16, was discovered in Sewell Road in Abbey Wood, on the same day.

Two boys, aged 15 and 16, are due to appear before Bromley Magistrates Court later. Ohio State vs. Utah three and out halftime review

Your kids can get lost in Disney with these...

Putin’s Rally Was ‘Best Attempt to Look Like Donald...

More than 92 pounds of fentanyl seized in California

NTSB calls for all new vehicles to include alcohol...

Apple raised iPad Mini prices while our heads were...

What you need to know about college football’s Top...

Ranking the five Democrats most likely to win party...

Factbox: Who is running in Lebanon’s election? – Reuters

The CEO of SmartyPants Vitamins says sleep “is critical...

Both “black boxes” found from plane that crashed in...

Shanghai’s COVID infections rise as city looks to get...

Police search for 3 rappers who went missing after...

Celebrity birthdays for the week of June 19-25

Ukrainian pilots arrive in Poland to pick up donated...

In defense of the Samsung Galaxy Tab S8 Ultra’s...

Amazon is killing its Alexa-connected Cloud Cam, will replace...

The Colorado River Is Dying. Can Its Aquatic Dinosaurs...

Why gas is so much more expensive in California...

Jonny Tattersall: Yorkshire wicketkeeper to take over as Tykes...

A precious metals shortage is pushing Nissan to rent,...

How to watch the FTX Congressional hearings

Viktor Orban: ‘We Are In A War With Russia’

Cultivated beef companies tout sustainability. Will it lead to...