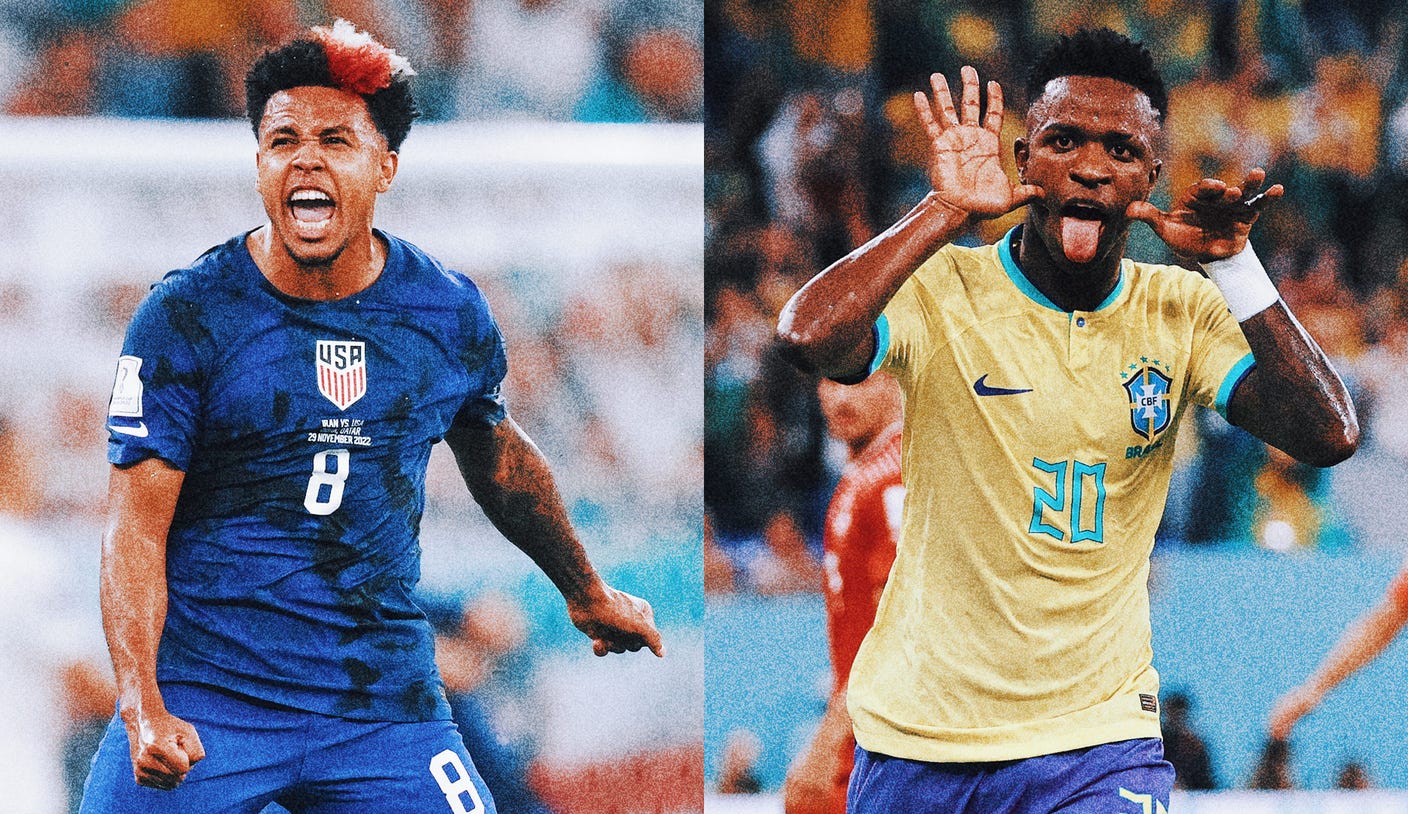 Coming off of a massive win against Iran that sent it to the knockout stage, the United States broke into Alexi Lalas’ Power Rankings for the first time since the World Cup started. Let’s see who else the former U.S. men’s national team defender has in his Top 10:

Germany got a massive result against Spain

on Sunday, and it will need another big one against Costa Rica on Thursday (2 p.m. ET on FS1 and the FOX Sports app) to make up for its upset loss to Japan in its group stage opener. With Spain’s help, that would be enough to advance to the Round of 16, where it can start fresh.

In spite of everything going on around it, Portugal has managed to win its first two games. If it wins its third and final group stage game vs. South Korea on Friday (10 a.m. ET on FOX and the FOX Sports app), it will go into the Round of 16 as one of the hottest and most confident teams in the tournament.

The Netherlands’ group stage wasn’t pretty, but sometimes it’s better to be lucky than good, and the Dutch are very lucky to have one of the tournament’s breakout stars, Cody Gakpo, on the squad. It’s safe to assume Gakpo will be the No. 1 player on the United States’ scouting report.

Croatia’s spot in the knockout stage is far from guaranteed going into its final group stage game against Belgium (10 a.m. ET on FOX and the FOX Sports app). But against Canada on Sunday, it looked more like the team that made the World Cup Final in 2018. Maybe it just needed a game to warm up? Its competition should hope not.

Maybe it was a result of desperation, but Argentina looked a lot more like the team everyone thought it would be going into the tournament in its last two games. It will be interesting to see if it can keep its intensity up against Australia on Saturday (2 p.m. ET on FOX and the FOX Sports app) in their Round-of-16 matchup.

There’s always going to be a level of concern when it comes to England, given its history at the World Cup, But except for its scoreless draw against the U.S., it has dominated every game it’s played in. It will play Senegal on Sunday (2 p.m. ET on FOX and the FOX Sports app).

France looked dominant in its first two games, but it got a little overconfident and lost its final group stage match against Tunisia on Thursday. Didier Deschamps will almost surely start his best XI when Les Bleus play Poland on Sunday (10 a.m. ET on FS1 and the FOX Sports app) in the Round of 16.

Spain is supposed to be four years away from being a true contender, but no one told it that. Through two games, it’s looked like a well-oiled machine, which is no surprise when you consider Luis Enrique is the mastermind behind everything it does. It will wrap up its group play against Japan on Thursday (2 p.m. ET on FOX and the FOX Sports app).

No team has looked more convincing in the group stage than Brazil. Even without Neymar, it dominated the second-best team in its group. Given the talent on its roster, don’t expect anything to slow down the Seleção.

Kansas City teacher fired after repeated use of racial...

She kept her abortion private. Now this Tennessee woman...

The red wave that wasn’t: Republicans’ dreams of a...

Duolingo’s owl will now shout fractions at you

Flowers placed at Uvalde town square in memorial for...

Mali and Burkina Faso: Did the coups halt jihadist...

2022 ended with lower inflation, but Fed could still...

Analysis: This may be Democrats’ only chance to blunt...

Ah, so SBF’s FTX was all BS

Why A Texas Democrat Is Warning His Party About...

Weed Dispensary Near Me—Here’s Where You Can Legally Buy...

How the Vikings set up Justin Jefferson’s incredible, game-saving...

Russell Westbrook opts in with Lakers for $47.1 million

Microsoft patches a new zero-day affecting all versions of...

Veterans vying for congressional seats vow to take on...

Citi CEO Jane Fraser: ‘If grandma’s investing in crypto, we better have...