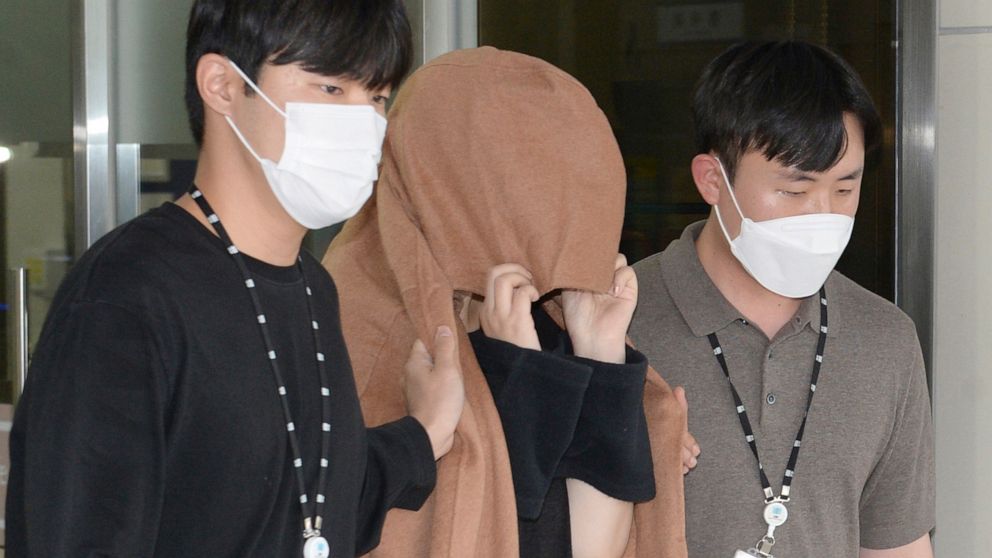 WELLINGTON, New Zealand — A woman who was extradited from South Korea this week after the bodies of her two children were found in abandoned suitcases made her first court appearance in New Zealand on Wednesday.

The 42-year-old woman has been charged with two counts of murder. She was not required to enter a plea during the brief procedural hearing at the Manukau District Court.

The judge imposed a temporary order that keeps many details of the case secret, including the names of the woman and the victims. The judge allowed it to be reported that the suspect was the children’s mother, according to The New Zealand Herald.

If found guilty, the woman would face a mandatory sentence of life imprisonment, although she would become eligible for parole after a minimum of 10 years.

In court, the woman wore a tan jacket over a black T-shirt. According to the Herald, the woman, through an interpreter, asked the judge if she could speak with him, before the woman’s lawyer stepped in to say it would be better if she didn’t, with which the judge agreed.

The woman left the courtroom after less than five minutes and will remain jailed until her next court appearance on Dec. 14.

The case horrified many people in New Zealand after the childrens bodies were discovered in August when an Auckland family bought abandoned goods, including two suitcases, from a storage unit in an online auction.

The children were between 5 and 10 years old, had been dead for years, and the suitcases had been in storage in Auckland for at least three or four years, according to New Zealand police.

South Korean police say the woman was born in South Korea and later moved to New Zealand, where she gained citizenship. Immigration records show she returned to South Korea in 2018.

South Korean police first arrested the woman at a southern port city in September. The Seoul High Court then granted approval of her extradition after she expressed her consent in writing to be sent back to New Zealand. Earlier this month, South Korean Justice Minister Han Dong-hoon issued an order for the woman to be extradited.

With the extradition, we hope that the truth of the case, which has garnered worldwide attention, will be revealed through the fair and strict judicial process of New Zealand, the ministry said in a statement.

South Korean police had said it was suspected the woman could be the mother of the two victims, as her past address in New Zealand was registered to the storage unit where the suitcases were kept.

New Zealand authorities said the family that ended up purchasing the suitcases and other abandoned storage items had nothing to do with the case. India Wants ‘Phase Down’ to Apply to All Fossil...

3 charged over murders of British journalist and Indigenous...

Florida rapper killed minutes after calling out his enemies...

Meta is cracking down on fake and irrelevant reviews...

Slain jogger recalled as ‘bright light’ with ‘zest for...

COVID lockdowns may end but China is still sneezing...

US winter storm: Severe weather continues to cause disruption

What Neurodivergence Teaches Us About How to Live

Nab free AirPods when you buy a MacBook in...

Helen Zhu on the Markets (Audio)

M. Night Shyamalan on Imposter Syndrome and His Old-School...

Emma Raducanu leaves court injured and in tears ahead...

Woman Backed for Her Bad Review of Tiny Anime...

Platinum Jubilee: The Queen and Northern Ireland through the...

Lenovo updates its IdeaPad Pro and Slim laptops with...

Iraqi protesters, many of them followers of an influential...

Review: Post Malone concert doc is all flash, no...

Samsung expands self-repair program to include S22 and Galaxy...

TUCKER CARLSON: Democracy is not on the ballot, Joe...