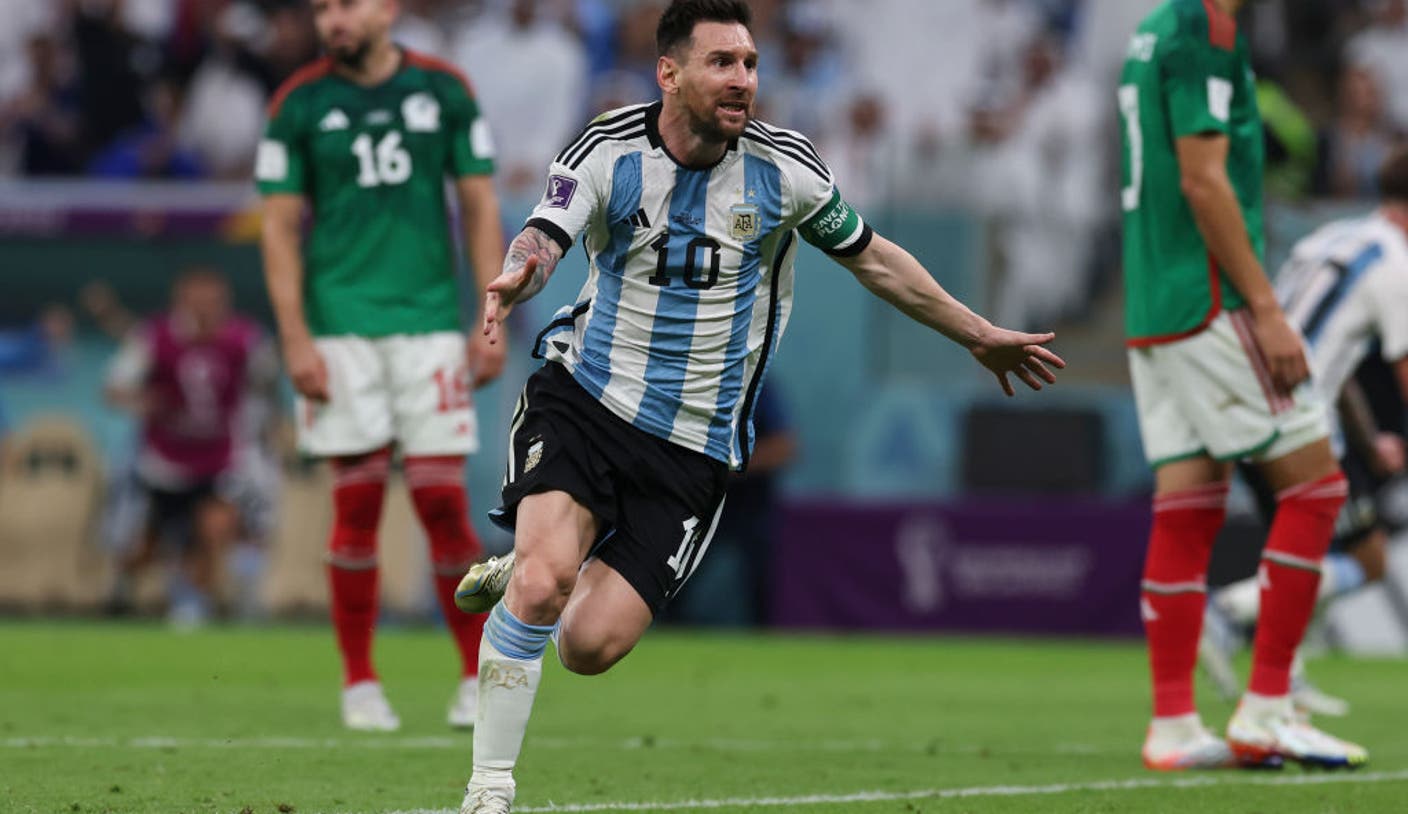 LUSAIL, Qatar For the first 63 minutes of Argentina’s surprisingly crucial second match at the 2022 World Cup, Lionel Messi was the picture of frustration.

Toggling between the right flank and the center of the field, he barely touched the ball against a Mexico team hellbent on containing him.

On the rare occasions that he did, he tried to do too much. With a gaggle of El Tri defenders tracking his every move, there was always a sea of green shirts around him. He’d beat one or two, only to be dispossessed before he could break into open space or play a quick one-two with a teammate.

With almost 90,000 expectant fans inside Lusail Iconic Stadium watching his every move, the tension built to an almost excruciating level as the seconds ticked away. Could it really end the way it has so many times before in his national team shirt for the greatest player who has ever lived: in misery?

The difference this time was that there would be no chance for redemption. The 35-year-old Messi announced before the tournament that this World Cup, his fifth, would be his last. That beautiful golden trophy is the only won he has never won, the lone blemish on an otherwise incomparable career.

This year was supposed to be different. This is the best Albiceleste team Messi has ever had around him. This supporting cast helped him win the Copa America last summer, his first title for his country. The storybook ending was supposed to come at the final whistle of the World Cup final at this same stadium next month.

But a shocking loss to Saudi Arabia in Argentina’s opening game in Qatar allowed the pressure and the doubt to creep back in. Argentina needed to beat Mexico or at least not lose Saturday to restore its championship dreams and the hopes of soccer fans around the globe that Messi would get the send-off he so richly deserves.

Leave it to the little magician to do it all by himself.

Just after the hour mark, Messi showed exactly why he’s the GOAT and why he’s far from done yet. Bursting into a void in front of El Tri’s backline, he found himself with the ball at his famous left foot.

Time stood still. Messi cocked back his leg and stroked the ball along the turf just out of reach of Mexico keeper Memo Ochoa, just inside the far post.

The goal sent tens of thousands of traveling Argentine fans behind the goal into rapture. It was a perfect strike from a perfect player, and it came when they, and he, needed it the most.

Surely even the Mexican supporters in attendance the raucous, deafening crowd was about evenly split between green and baby blue couldnt begrudge him it.

Thats how revered Messi has become across planet football. He has given soccer lovers so much joy, for so long, that its almost impossible to root against him. It doesnt matter if youre Brazilian or a Madridista, everybody understands and can appreciate just how special Messi is.

With all the tension released into the ether, after Messis moment of brilliance Argentina took over. Enzo Fernandez put the game away with three minutes of regular time remaining.

The job isnt complete, of course. Its just getting started. Argentina has only three points from their first two games and still has to face Robert LewandowskisPoland which beat the Saudis 2-0 a few hours earlier in the Group C finale Wednesday. But La Albiceleste did what they needed to Saturday. Rather than crumble under the weight of enormous expectation, they responded and reclaimed their status as one of the title favorites.

Now, they have momentum as well as every neutral behind them.

After staring the unthinkable elimination from World Cup contention before even playing their third first-round game in the face for more than an hour, the dream remains alive.

Messi is on a mission. Its not over, not by a long shot.

His heroics Saturday proved Argentina and the GOAT can still win this World Cup, even if he has to drag his team to the podium all by himself.

Doug McIntyre is a soccer writer for FOX Sports. Before joining FOX Sports in 2021, he was a staff writer with ESPN and Yahoo Sports and he has covered United States mens and womens national teams at multiple FIFA World Cups. Follow him on Twitter @ByDougMcIntyre

Xi and Putin want to create a new world...

Supporters say they are confident Michigan Supreme Court will...

eFounders morphs into Hexa, a portfolio company of startup...

Ukraine war: ‘We knew something terrible would happen to...

Faisal Islam: Emergency Bank move will not solve the...

When is Uncharted coming to Netflix? The release date...

Sam Bankman-Fried will testify before Congress

The future of New England Republicanism is…

Plastic pollution in oceans on track to rise for...

FTX founder says there was a security incident at...

Double whammy: Both farmers and consumers hit by high...

The bomb cyclone is coming and temperatures in some...

Google Photos for web now shows if your images...

Health tech company in talks with FDA on potential...

Selena Gomez opens up about her mental-health struggles in...

Asian stocks at lowest in two years, euro near...

Tesla gigafactory in Germany gets conditional approval for facility

Inside Russia's attempt to destroy Ukraine "with darkness and cold"