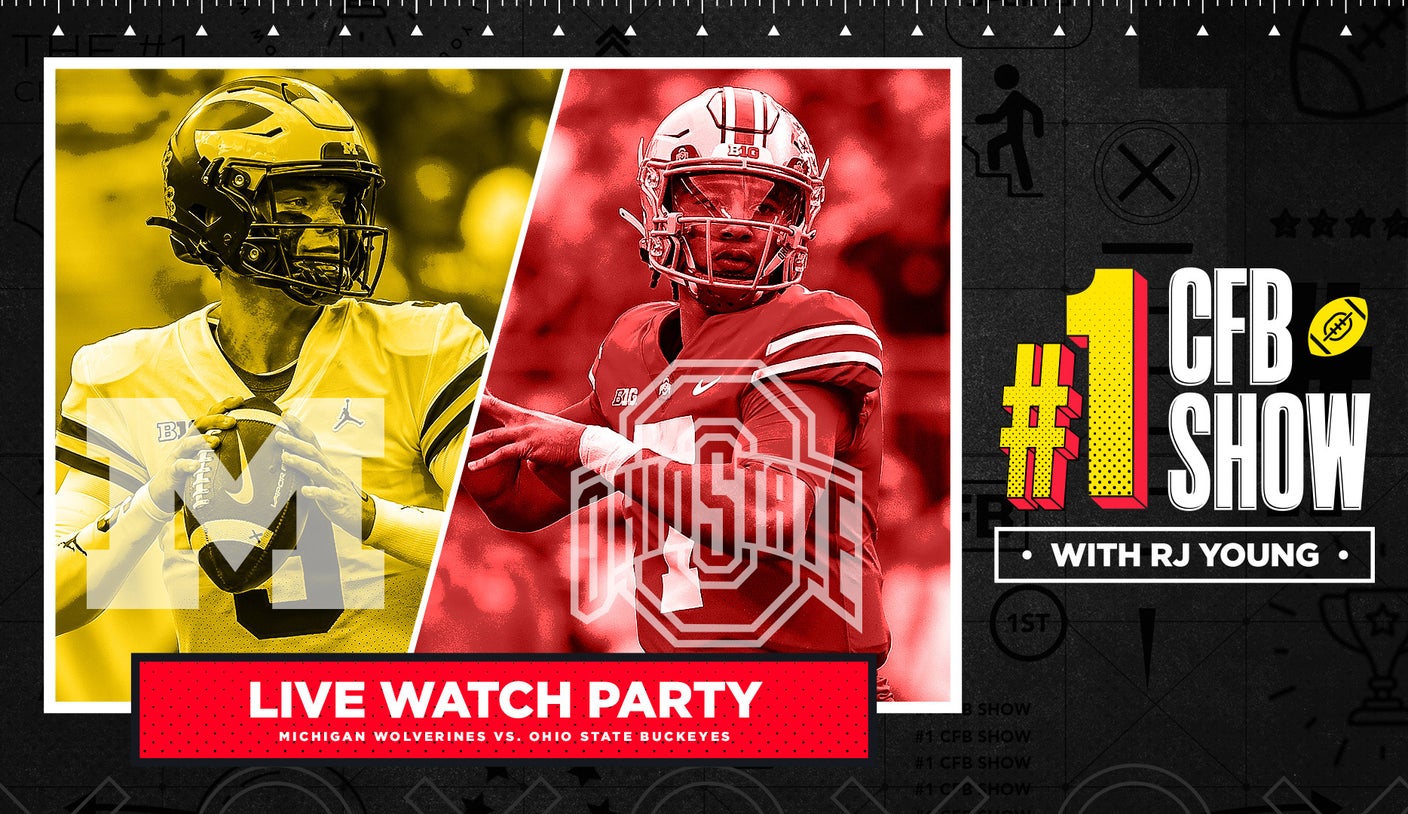 No. 3 Michigan visited No. 2 Ohio State in a contest that decided not only a spot in the Big Ten Championship Game but likely a spot in the College Football Playoff and of course plenty of bragging rights.

The contest was a thriller, with the Wolverines eventually pulling away for an impressive, 45-23 victory, and RJ Young

, host of “The Number One College Football Show

,” was there for the whole thing with a special Live Tailgate Party.

Young was joined by a pair of special guests former Ohio State running back Mike Weber Jr. and former Michigan running back Chris Howard who provided in-game analysis, discussed the best Michigan/Ohio State players of all time, shared stories from their playing days and answered questions from viewers.

Here are the highlights from the show.

What to expect from Blake Corum?

Leading up to the game, the trio discussed what Corum, who was injured last week, would have to do to lead Michigan to a win.

Most talented teammate? Not an easy call!

Weber played with a ton of talented teammates at Ohio State. Young asked him who was the best. The answer? Nick Bosa. It couldn’t have been an easy call, as Weber played with Bosa, Chase Young, and Joey Bosa, too!

“Unblockable,” Weber said of Nick Bosa. “Seeing him in practice was amazing. He’s one of my favorite persons.”

Who are the top five Buckeyes of all time?

This was the perfect transition for Young to rank his top five Ohio State football players of all time. One thing is clear when looking at the list the Buckeyes have a long history of dominant players. Check out the list:

One big topic of conversation around college football this season Can the Big Ten get two teams into the College Football Playoffs, even the loser of this game?

The trio shared their thoughts:

Ranking the top five games of the season

Taking a wider view at the season as a whole, the Young took a look at his five best games of the season, and how Michigan-Ohio State compares.

Howard played with the legendary Brady at Michigan, and he shared an incredible story about what he told Brady when the QB told him he was considering transferring.

“This was just after we won the Rose Bowl, and [coach] Lloyd Carr told us we had won the national championship,” Howard said.

Brady was grousing, Howard said, because the Wolverines had recruited hot prospect Drew Henson, and it was assumed he would be the starting quarterback.

“If you transfer, then you’re not the competitor I thought you were,” he said. ” It just didn’t make sense for me, that you would leave because someone else who is highly recruited is coming in, because you don’t know what’s going to happen with that kid.”

Afghan Baby Left Behind During Taliban Takeover Reunited With...

PSG loses for the first time since March as...

Gabby Petito family gets $3M in suit vs. Brian...

Maury Povich announces he is retiring after 31 years

Not all Netflix shows will be streamable on the...

Lisa Murkowski believes there is a path to codifying...

Tim Scott defends Murkowski endorsement amid blowback from the...

After epic journey, orphaned Ukrainian girl is reunited with...

Confronting volatility with data in 2022

SpaceX aims to send Starship into orbit in May

Democrats want to squeeze every dollar out of Americans’...

US Labor Department accuses Amazon of failing to keep...

WSL: How Reading turned their season around

Russia warns US that relations near breaking point

A Central Park entrance named for the exonerated ‘Central...

WHO report: 17 million in EU may have suffered...

No Joke: Jack Black Will Receive The Comedic Genius...

Even the District Attorney Believed Joaquin Ciria Was Innocent....

Andrew Hartzler Wasn’t Allowed To Be Gay on Campus....

‘My Old School’ is an engrossing and witty meditation...