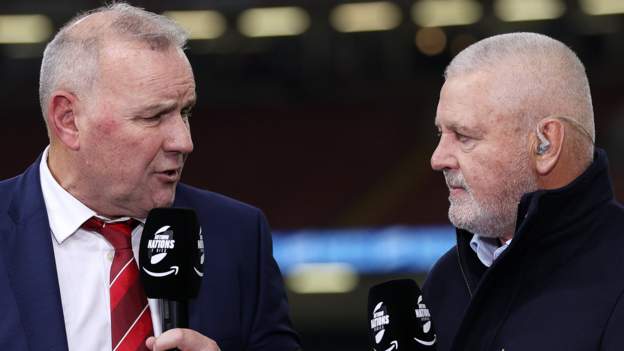 Warren Gatland is the leading contender to return as Wales coach if the Welsh Rugby Union decide to replace Wayne Pivac.

Ten months before the World Cup starts, the WRU are holding a review into the dismal autumn campaign that will consider Pivac’s position.

Wales suffered three defeats against New Zealand, Georgia and Australia with a sole win against Argentina.

Gatland could be in line for an interim role until the World Cup in France.

No official decision has been made to part company with Pivac or any formal deal agreed with Gatland.

The likes of Scott Robertson, Ronan O’Gara, Brad Mooar and Steve Borthwick have also been considered but Gatland remains a top target.

Wales coaches, players and supporters will now await the outcome of the review which is expected to last at least a week.

Gatland left Wales in 2019 after 12 years in charge in which the side won four Six Nations titles and reached two World Cup semi-finals.

He initially went back to New Zealand to become the Chiefs head coach.

After being named British and Irish Lions head coach in 2021 for a third time, Gatland suffered a 2-1 series defeat against South Africa.

Gatland returned to Chiefs as the director of rugby but has been in Europe over the last month commentating on games for Amazon Prime, including three Wales internationals.

During the Wales and Australia coverage on Saturday, Gatland said he had not received any contact from the WRU about any potential role.

Pivac is in danger of paying the price for the Georgia loss which came eight months after a first Six Nations home defeat by Italy.

This was followed by surrendering a 34-13 lead against a depleted Australia side with the Wallabies scoring 26 unanswered points to claim the victory.

Wales have lost nine out of 12 matches in 2022 and suffered 20 defeats in 34 games during Pivac’s three-year tenure.

There have been highlights with a first Wales Test win over the Springboks in South Africa in July, plus the Six Nations 2021 title success.

Pivac says he is continuing in his role and is travelling to France on Sunday to check out venues for the World Cup.

Meanwhile, hooker Ken Owens says the autumn internationals had been difficult but for “for a number of reasons which he was not going to go into today”.

“Consistency and discipline haven’t been good enough during the four games.

“That’s how it is. We need to stay tight, see what happens, and hope Welsh rugby sorts itself out.” The Next Challenge for Solid-State Batteries? Making Lots of...

Ex-F1 boss Ecclestone to be charged with fraud over...

Twitter alternatives are thriving, but not everyone can just...

The James Webb Space Telescope takes a selfie and...

Why China Evergrande 3333HK Defaulted and What Comes Next...

The Enigma of Dragonfly 44, the Galaxy That’s Almost...

Windows 11 will now warn if you accidentally type...

‘Hard Not to Laugh’: Internet Delights at Boss Denying...

Netflix is creating a real-world competition based on ‘Squid...

Despite my health challenges, I choose to heal

‘It finally all came together’ – how Jacobellis ended...

Firms will close this winter without help, warns business...

India’s central bank to remain flexible while aiming to...

Party of Pakistan’s ex-PM Imran Khan says he was...

Charging decision due Thursday in police shooting of Lyoya

Iran protests: ‘The people will fight until they succeed’

Coastal Carolina-East Carolina best bet, odds and how to...

Clayton Kershaw is healthy and dealing, adding optimism to...