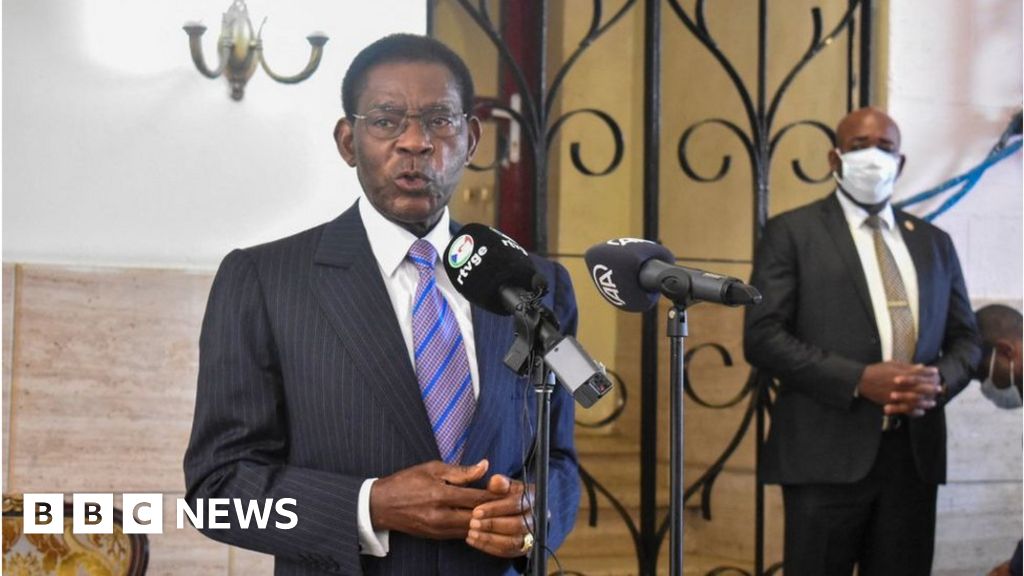 The world’s longest-serving president has won re-election in Equatorial Guinea to continue presiding over his authoritarian regime.

“The results prove us right again,” Vice-President Teodoro Nguema Obiang Mangue, the president’s son, said. “We continue to be a great party.”

Some opposition candidates stood, but none were expected to win.

President Obiang has a strong grip on the oil-rich central African nation, with family members in key government roles.

He seized power in 1979 after a military takeover and has survived several coup attempts.

Upon gaining office from his predecessor and uncle, Francisco Macias Nguema, he made some reforms but retained Nguema’s absolute control over the nation.

Political opposition is barely tolerated and severely hampered by the lack of a free press, as all broadcast media is either owned outright by the government or controlled by its allies.

It is thought that President Obiang, who has previously denied accusations of human rights abuses and election rigging, intends to use his sixth term to clean up his international reputation.

In September, the government abolished the death penalty, in a move which was praised by the United Nations.

Equatorial Guinea has a history of what critics call fraudulent election results.

In 1968, Spanish Guinea gained independence and became the Republic of Equatorial Guinea with Francisco Macias Nguema as president.

Rights groups have labelled the country’s two presidents – Francisco Macias Nguema and Teodoro Obiang Nguema – as some of the worst rights abusers in Africa.

The Spanish, French and Portuguese-speaking country discovered vast oil reserves in 1996, but much of the 1.4 million population has not benefitted from this, with poverty still rampant.

You can read more about Equatorial Guinea here and President Obiang here. Inflation is fueling an increase in home heating costs,...

Opinion | The Party of One Becomes the Party...

Vermont likely to elect its first woman to Congress...

Sean Hannity: The President continues to play one blame...

Covid in Wales: Face mask and isolation rules could...

Florida shuts down all monoclonal antibody treatment sites after...

Brian Walshe to be charged with murder of wife...

WhatsApp will soon let you react however you want

McConnell calls on DOJ to investigate protesters for intimidating...

Oura’s third-generation Ring is more powerful, but not for...

TikTok is testing the ability to restrict livestreams to...

The Chainsmokers to perform at the edge of space

Tiger Global in talks to invest in GoMechanic at...

Insulin cap for Medicare patients signals hope for others

How to choose the best hearing aid for you

How to ask about COVID safety protocols before a...

Xbox test feature shuts down your console during scheduled...

Key characters who were on the ‘Rust’ set the...

NATO planes to be sent to Romania to eye...

The 24-year-old helping people talk about their mental health