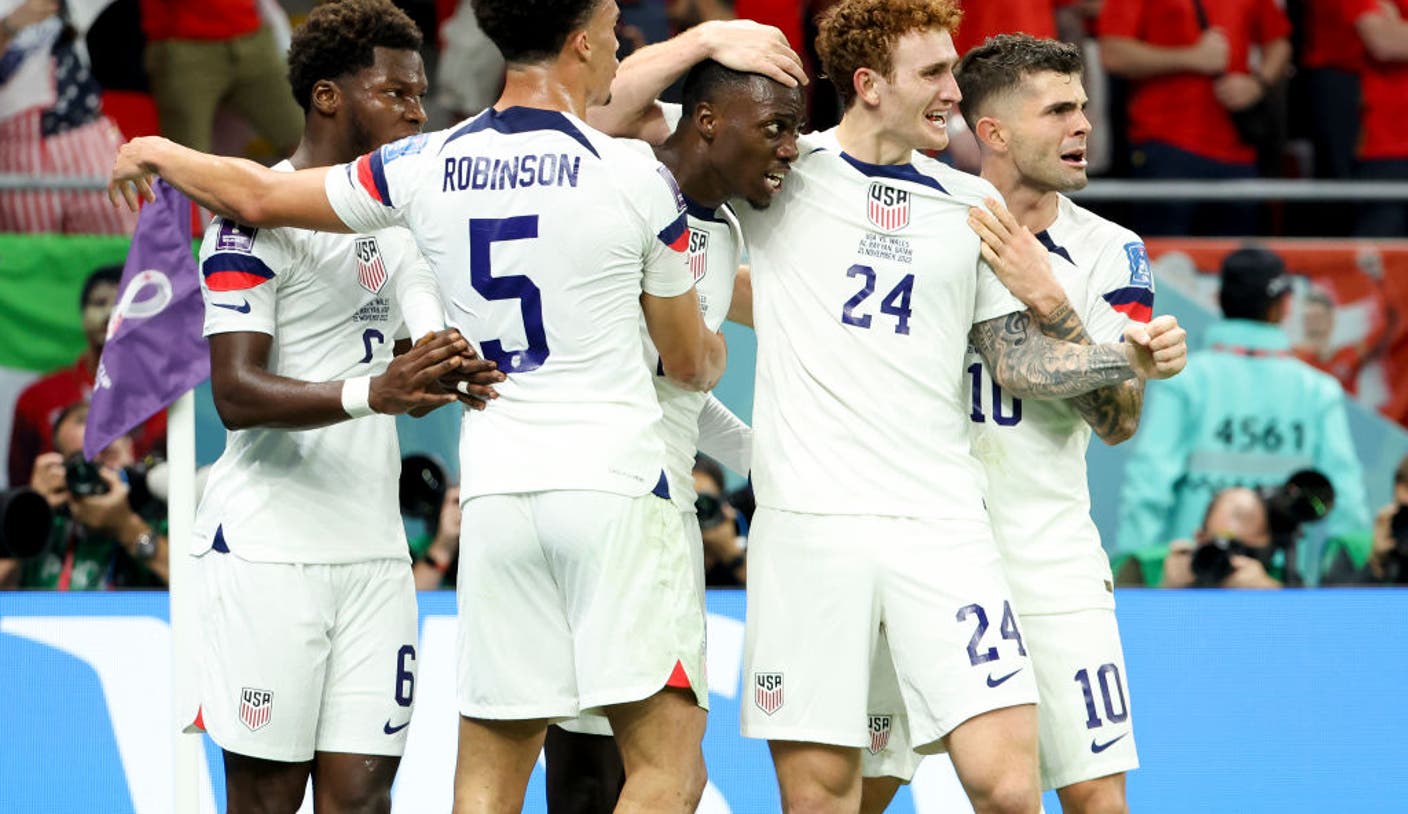 DOHA, Qatar At Tokyo’s iconic Shibuya Crossing, Japan fans were so exhilarated after their team’s huge upset of Germany, they sprinted into the road on one of busiest streets in the world.

At a giant watch party in the Tokyo Dome speaking of upsets, that’s where Mike Tyson lost to Buster Douglas supporters hugged and burst into tears after their country’s epic 2-1 triumph.

In Saudi Arabia, a day earlier, a national holiday was called to commemorate its team’s shocking victory over Argentina, while many of the large number of Saudis living in Qatar flooded Doha’s streets, bringing traffic to standstill by joyously waving flags from the windows of their vehicles.

The sight of supporters celebrating and reveling in national pride is what makes the World Cup so special. Looking at those scenes, wherever your loyalty lies, can’t help but gladden the heart.

And, from the United States’ perspective, this tournament’s first two major stunners should also provide a measure of vindication.

No one is pretending the USA results or the performances attached to them were good ones. The Japan game ended in a 2-0 defeat. The Saudi matchup was a dour affair, finishing 0-0 and with little mitigating entertainment.

“We got our butts kicked,” Berhalter said after the Japan game. “We’re not proud of it. We think we should have played much better.”

However, as the past two days in Qatar have shown, neither were those “friendlies” the utter disaster many American fans made them out to be, with some USA supporters even going as far as calling for Berhalter to be fired.

The American soccer Twitter-verse was outraged at the back-to-back disappointments against such supposedly weak opposition and tore into both the coach and his team, holding up the results as supposed evidence that the current World Cup campaign would be a forlorn exercise.

So, a couple of necessary facts here. Japan is a quality team that has grown in stature and danger level consistently over the past decade and more. After taking the lead against Germany, they held on bravely, but confidently, and are now in superb position to progress from one of the tournament’s strongest groups.

Saudi Arabia was outstanding in its Asian qualifying group, finishing on top of the standings with just one defeat from 10 games. While its comeback win against Lionel Messi’s Argentina will go down as one of the biggest upsets in World Cup history, its coach and players were adamant they’re not finished yet.

Hindsight is wonderful, obviously, but that pair of results does add some retroactive context to what were seen as American warm-up catastrophes. No, the USA didn’t play well, which sometimes happens in tune-ups. And no, the opposition, as we have now seen, wasn’t some understrength bunch of no-hopers, but the eventual conquerors of a pair of World Cup favorites.

As for the celebrations, they are continuing. In Tokyo, translator Hirotaka Kondo told me via telephone, fans partied long into the night after the Germany game finished around midnight. The next morning, primary school teachers encouraged their students to make messages of thanks and support to send to the heroic members of Samurai Blue.

“The people here love this team, but everyone knew about Germany’s World Cup history and strength,” Kondo said. “This is a special day. It feels like this is the day soccer in Japan grew up.”

Saudi Arabians, thousands of them, seemed to spend their new national holiday planning to make tracks for the Qatari border, with reports of vast numbers traveling overland and heading for the World Cup host site before Sunday’s second game against Poland.

And, in one viral clip shared widely online, a Saudi fan got so excited by his team’s win that he ripped the door to his home clean off its hinges.

It has been one of the most memorable starts to a World Cup, and Saudi Arabia and Japan have had a lot to do with it. They have reminded us that no World Cup game is over before it starts.

That there are no guarantees in a tournament such as this.

And, in an event where every small confidence boost is welcome, the Americans are entitled to feel a small but worthy lift, ahead of their crucial Group B clash with England on Friday (2 p.m. ET on FOX and the FOX Sports App).

Martin Rogers is a columnist for FOX Sports and the author of the FOX Sports Insider newsletter. Follow him on Twitter @MRogersFOX ‘Drawing doodles for Ant and Dec was my dream...

Black voters are fleeing Biden in droves. Here’s why

How Colts found a way to beat Broncos: ‘There’s...

Qatar to boost investment in Spain by $4.9 billion

Apple MacBook owners can finally join in the gaming...

Hogan administration found to use disappearing messaging app to...

Pursuit closes $10M fund to spin up a self-sustaining...

France to Nationalize EDF Nuclear Giant to Ride Out...

FlexID gets Algorand funding to offer self-sovereign IDs to...

Netflix is making a ‘BioShock’ movie

Frustrated and anxious, climate advocates are turning to legal...

Almost a quarter of the ocean floor is now...

Marcos to serve as agriculture chief amid food crisis...

Celtics or Warriors: Who wins Game 6 of the...

How letting go of “frozen” goals can improve your...

Yelling ‘racism!’ only shuts down speech, and threatens U.S....

‘Star Trek: Lower Decks’ finds riches in its own...

Pelosi aide expected to testify in trial of Jan....

Elected official who was subject of Las Vegas reporter’s...

‘Let them come to their senses’: Russia will ‘freeze’...

As China seeks big Pacific deal, many in Fiji...

Derichebourg: no plans for takeover bid for catering firm Elior - Reuters.com
Opinion: Why Putin would want a truce