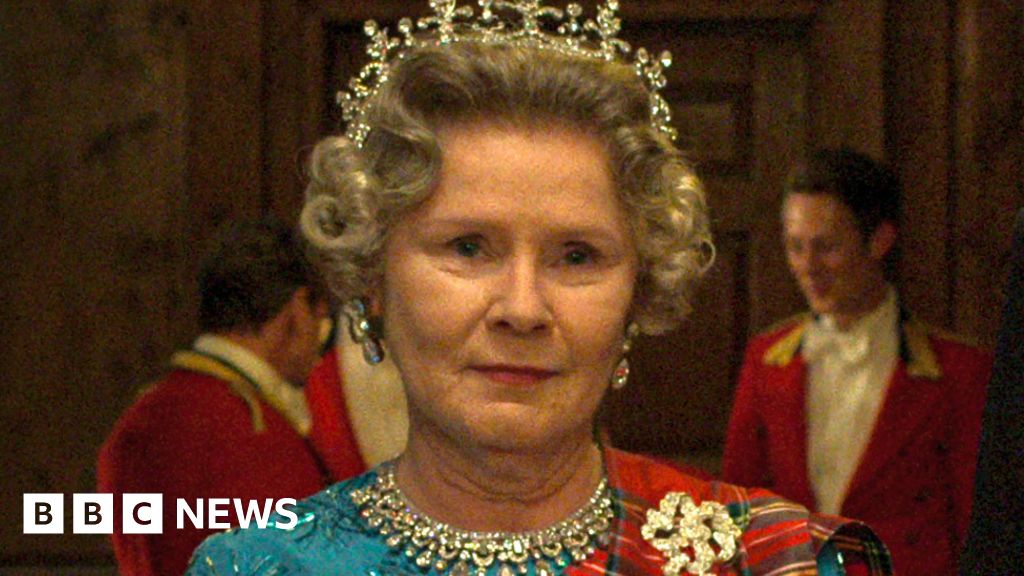 A lifelong friend of the Queen has described Netflix’s royal drama The Crown as “complete fantasy” and “so unfair on members of the Royal Family”.

Lady Glenconner, who was a maid of honour at the Queen’s coronation, said the show “just makes me so angry”.

“The trouble is that people, especially in America, believe it completely,” she told BBC Radio 4’s Woman’s Hour.

Netflix has defended the show, saying it “has always been presented as a drama based on historical events”.

Lady Glenconner knew the Queen from childhood and was lady-in-waiting to her sister, Princess Margaret, for more than 30 years.

She told Woman’s Hour: “It’s so irritating. I don’t watch The Crown now because it just makes me so angry. And it’s so unfair on members of the royal family.”

She cited one episode in series two, which portrayed the Duke of Edinburgh as being responsible for his sister Cecilie taking the flight that resulted in her death in a plane crash in 1937.

“That was completely untrue,” Lady Glenconner said. “And I think to say something like that about people is terribly hurting. Nobody wants to have their relations trashed like that.”

In the third series, Princess Margaret was shown having a competition to come up with dirty limericks with US President Lyndon B Johnson in 1965. “Well, I mean, of course she never did that,” she said.

Lady Glenconner herself is portrayed in The Crown, and another scene in series three depicts her discussing the merits of various men with the late princess. “I mean, of course that never happened.”

Helena Bonham Carter, who played Margaret in series three and four, visited Lady Glenconner to ask for her advice, she said.

“She came for about two hours. I told her how Princess Margaret smoked, how she walked.

“I saw Helena after she’d been in The Crown and she said, ‘What did you think?’ And I said, ‘Well, rather disappointed.’ And she said, ‘I know. But the thing is, I’m an actress, and I have to do what’s written for me.'”

Lesley Manville has taken over playing Margaret for the latest series, which launched earlier this month.

Her portrayal was convincing enough for US rapper Cardi B to suggest on Twitter on Wednesday that they may have got on well.

Netflix has said: “The Crown has always been presented as a drama based on historical events.”

The streaming giant says the show is described as a fictional drama based on real events in all press materials, cast and crew interviews, on social media, and on the show’s landing page on the service.

Meanwhile, Lady Glenconner said she thought there was still a place for royal ladies-in-waiting following reports that Camilla, the Queen Consort, will scrap the tradition.

“The reason for ladies in waiting is that, although we do a lot of jobs and letters and all that sort of thing, we’re friends.,” she said. “When you go abroad and have a very, very busy day, in the evening I used to go up to Princess Margaret’s sitting room and we used to have a drink and laugh and talk together.

“I think ladies in waiting have an ear to the ground too. They know what’s going on. I think now the reason they don’t perhaps have them – they take a secretary or someone – is it’s more professional now. But it was great fun.” Motorola and Verizon made a ‘5G Neckband’ for lighter...

Revolut to allow users to donate to the homeless...

How Russia’s invasion of Ukraine has shaped crypto adoption...

Lagarde Says ECB Will Do What’s Needed to Secure...

Millions of Americans in path of major winter storm

Treasury Yields Jolted From Highs on Prospect of Fed...

Cheney on Ukraine: Isolationism has ‘always been wrong’

Poland, where abortion is banned, will register pregnancies

Your Evening Briefing: Trump’s ‘Direct and Personal Role’ Before...

Rocky Mountain states to team up on hydrogen tech...

US manufacturing activity slows in December

Olivia Pratt-Korbel: Reward of £50k offered in hunt for...

London’s By Rotation is taking its p2p fashion rental...

Twitter is removing over a million spam accounts every...

Trial to start for lawsuit over Denver police use...

YouTuber says Samsung may have a problem with swelling...

Josh Younger on the Origin Story of the Shadow...

No way to negotiate end to Russia-Ukraine war, Graham...

Long Covid Affects One in Five Virus Patients, US...

This upcoming e-scooter can be charged like your favorite...