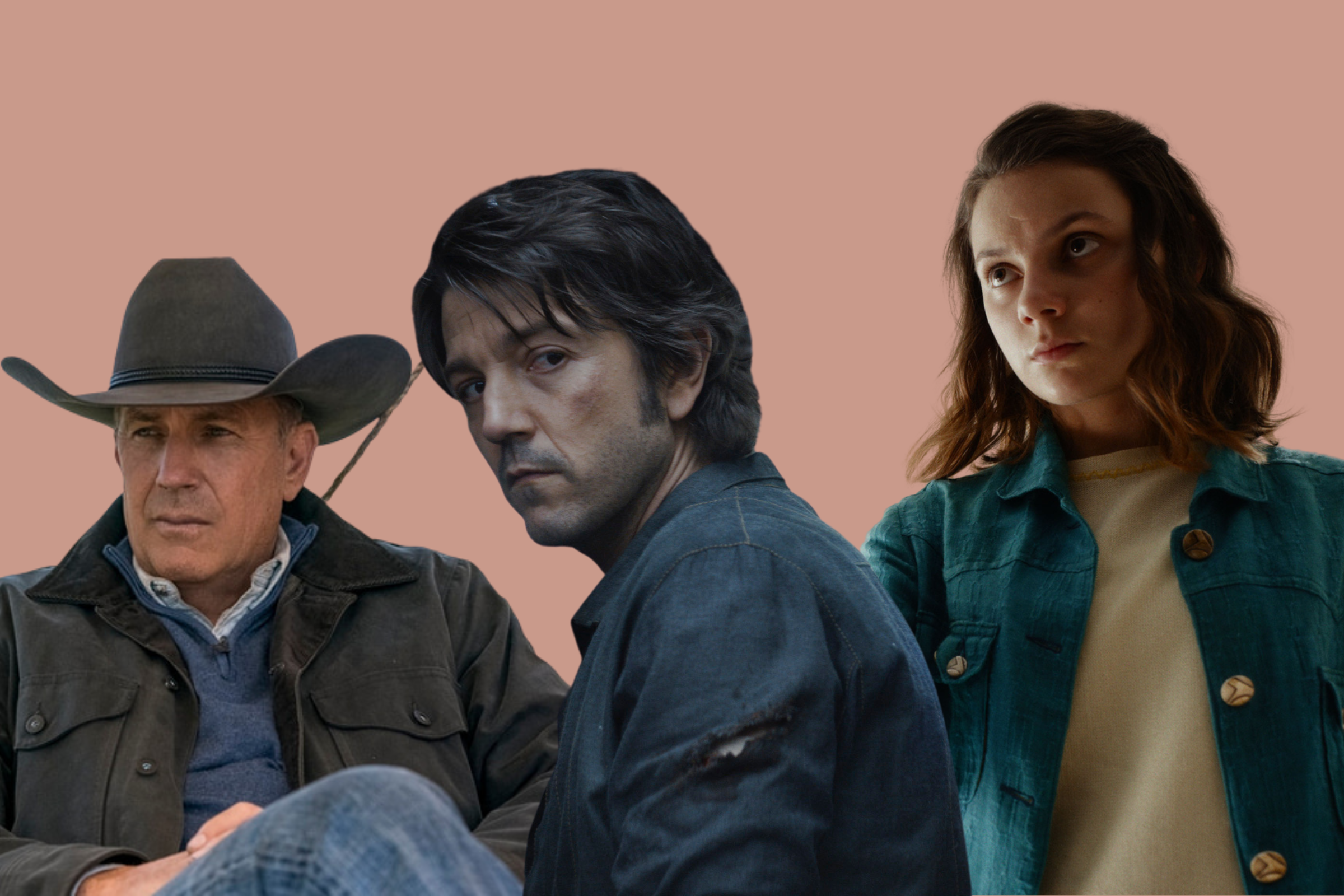 Well, after the turkey has been carved and the feast enjoyed on Thanksgiving, it might seem appealing to do one thing: check out what’s on offer on TV.

Luckily there’s countless different things for viewers to enjoy during the holiday, from marathons of your favorite shows to new and exciting programs that are only available for a limited time.

Here is everything that you need to know.

Kevin Costner in “Yellowstone,” Diego Luna in “Andor” and Dafne Keen in “His Dark Materials,” all three shows will be aired on TV during Thanksgiving.Simon Ridgway/Paramount Network/Lucasfilm Ltd. & TM./HBO

Disney+ series Andor has been given a limited TV run during Thanksgiving, so fans of the Star Wars franchise or the curious without a subscription to the streamer can get a glimpse of the critically-acclaimed show.

The show follows Diego Luna’s Cassian Andor in the early days of the rebellion, and five years before the events of Rogue One: A Star Wars Story. The first two episodes will be screening on FX on Thanksgiving at 9 p.m. ET, and it will also air on Freeform on November 25.

But that’s not all, as the two episodes of the sci-fi epic are also currently available on Hulu until December 7, and the entire series is now available to binge on Disney+.

FX will also be holding a Marvel movie marathon ahead of the release of Andor, and the schedule will kick off with Thor at 10 a.m. ET, followed byCaptain America: The First Avenger, The Avengers, andBlack Panther. At which point Andor will air before the network returns to Marvel with the screening of Avengers: Infinity War.

Meanwhile, on the Paramount Network viewers can enjoy a day with the Dutton family as Yellowstonewill be having an all-day marathon from 11 a.m. ET. During this broadcast the entirety of Season 1 will air, as well as the first two episodes of Season 2.

Paramount+ will also be premiering the first two episodes of Criminal Minds: Evolution, which viewers will be able to stream on Thanksgiving.

Ahead of the return of His Dark Materials for its final season, HBO will be airing the entirety of Season 1 and 2 on their network on Thanksgiving. It will begin airing from 6:25 a.m. ET until the evening.

The USA Network will be having a Harry Potter movie marathon on Thanksgiving which will begin with Fantastic Beasts and Where to Find Them and continue with its sequel and then all eight Harry Potter films.

For those interested in watching something more dramatic, AMC will be airing the Godfather trilogy on its network from 6 a.m. ET, and the films will be screened on repeat so that viewers can enjoy them when they want.

UPtv is offering a more light-hearted affair on Thanksgiving by continuing the binge marathon of the Gilmore Girls from start to finish. Known as Gilmore the Merrier, the marathon began on November 21 and it will air on the network until Sunday, November 27.

Viewers who are looking for a laugh can also tune into Comedy Central for a marathon of Seinfeld and The Office, with episodes of the former airing back-to-back until 4 p.m. ET, at which point The Office will begin. Viral infections like RSV, the flu, and COVID have...

In pictures: History of the Arnish yard on Lewis

What researchers do — and don’t — know about...

Peloton Purchase May Pose Regulatory ‘Headache’ for a Tech...

World Cup Now: Man of the Match for Senegal...

Thunberg: I don’t want to go into politics

Man cleared of murder over mourner death in Aberdeen

The Sony Xperia 1 IV could be in line...

Why China’s Ties to the Global Economy Are Fraying

US now net importer of waste thanks to chemical...

Transcript: Howard Lindzon on What’s Really Going on in...

BitMEX Co-Founder Deserves More Than a Year in Prison,...

NFL’s 5 healthiest, most injured teams; inside turf vs....

Sam Gooden, founding member of The Impressions, has died

The future of books in limbo as judge decides...

A PS5 restock is rumoured at GameStop this week...

Trump ‘chose not to act’ as mob terrorized the...

Lewandowski says Trump asked him to look for challenger...

Drinking tea may lower the risk of diabetes, heart...

5 Lessons the Crypto Industry must learn from the...

Amazon's smart thermostat is back down to $42 for Black Friday

Afghan family puts daughters in charge of restaurants to send message to...