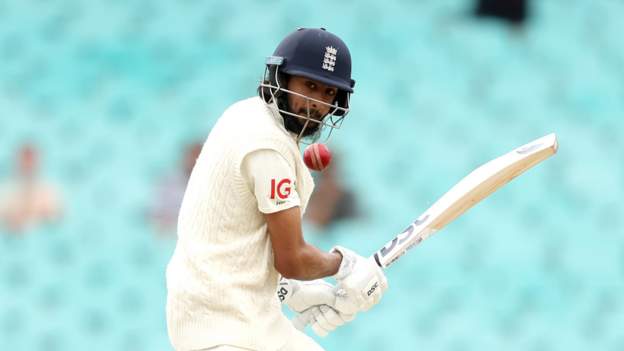 England’s spin bowlers fought back to stay in control of their warm-up fixture against England Lions, despite Haseeb Hameed’s fine century.

And the batters continued to dominate on the second day when Hameed and Haines cashed in on a flat pitch with short boundaries at the Tolerance Oval, against an England attack that included James Anderson and Ollie Robinson.

Anderson claimed the key dismissal of Hameed, trapping him lbw for his only wicket in a spell of 12 overs for 55 runs.

But the spinners regained control for England, although Rehan Ahmed, the 18-year-old leg-spinner who has been called up for the Test tour of Pakistan, provided an entertaining cameo of 26 from 10 balls.

Jofra Archer, who bowled for England for the first time in 16 months on day one, finished the day unbeaten on 39 from 15 balls, including three sixes.

England’s first Test of a three-match series against Pakistan starts in Rawalpindi on 1 December.

Opal revamps its screen time app to help anyone,...

Louis Thorold: Driver cleared by reason of insanity over...

EXPLAINER: A mediating role for Erdogan in Ukraine crisis?

81% of CEOs are preparing for a recession—but most...

Trevor Noah says he’s exiting as host of ‘The...

Celonis secures another $1B to find and fix process...

Android may get its own built-in Bluetooth tracker detection...

Wandelbots raises another $84 million to teach robots without...

Meat ban in Delhi: What the battle to define...

Quebec to impose a ‘significant’ fine on unvaccinated residents

Amazon says “Rings of Power” was Prime Video’s most...

EXPLAINER: What Twitter’s ‘poison pill’ is supposed to do

Beats revives its discontinued Pill+ speaker for a Stüssy...

Man arrested after several killed, many injured in mass...

‘Beatle’ Elsheikh gets life term for deaths of US...

Woman slips handcuffs and shoots at police in Oklahoma

Some in GOP begin testing party’s lockstep loyalty to...

A 3,000-year old Egyptian artifact was seized by customs...

Olivia Newton-John ‘defied all odds’ before her death, says...

Partial list of nominees for the 65th Grammy Awards

Ebola outbreak in Uganda: Mubende, a district under lockdown

POLITICO Playbook: What Steny Hoyer is thankful for

Most of us really want to start delegating work tasks to AI...