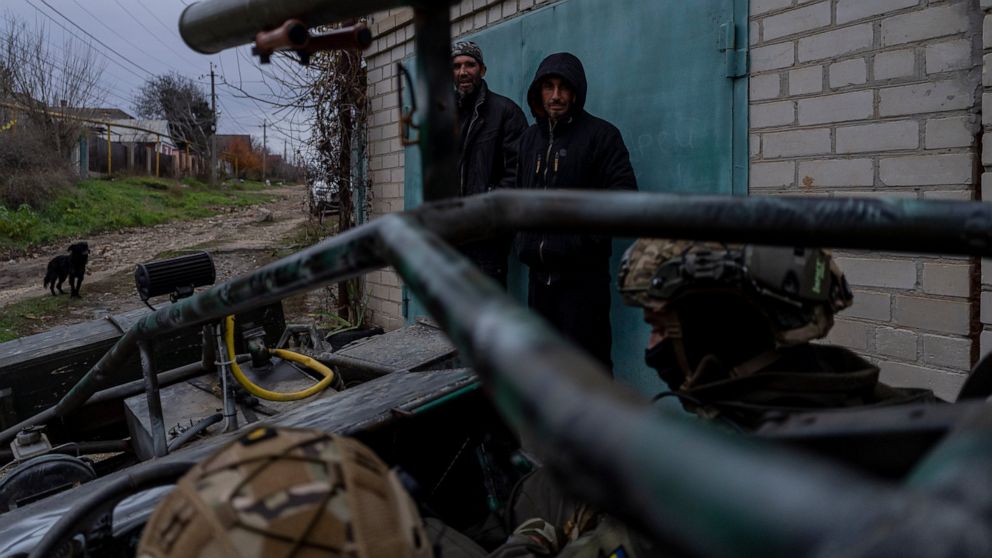 KYIV, Ukraine — About 70% of the Ukrainian capital was left without power on Thursday morning after Moscow unleashed yet another devastating missile barrage on Ukraines energy infrastructure, Kyivs mayor said.

A punishing barrage of Russian strikes on Ukrainian infrastructure on Wednesday caused power outages across large parts of the country, piling more damage onto Ukraines already battered power network and adding to the misery for civilians as winter begins. The strikes also caused power outages in neighboring Moldova.

Russia has been launching devastating strikes on Ukraine’s power infrastructure as its forces have suffered battlefield setbacks in the fullscale war that it launched Feb. 24, exactly nine months ago Thursday.

Kyiv Mayor Vitali Klitschko said in a Telegram statement that power engineers are doing their best to get (electricity) back as soon as possible and added that the water supply has been restored in about half of Kyiv on the left bank of the Dnieper River.

Ukraines General Staff reported on Thursday morning that Russian forces fired 67 cruise missiles and 10 drones during Wednesdays massive attack on residential buildings and energy infrastructure in Kyiv and several other regions in Ukraine.

An effort to restore power, heating and water supplies disrupted by the Wednesday attacks was underway elsewhere in Ukraine as well.

Governor of the Poltava region Dmytro Lunin said an optimistic scenario suggested that electricity will come back to residents of his central Ukrainian region on Thursday.

In the next few hours, we will start supplying energy to critical infrastructure, and then to the majority of household consumers, Lunin said on Telegram, noting that power has already been restored for 15,500 people and 1,500 legal entities in the region.

Lunin added that water supplies resumed in several parts of the city of Poltava, and four boiler stations have started to heat regional hospitals.

The Kirovohrad and the Vinnytsia regions on Thursday morning were reconnected to the power grid, adding to more than a dozen other regions that were reconnected on Wednesday night, according to Deputy head of Ukraines presidential office Kyrylo Tymoshenko.

In the southeastern Dnipropetrovsk region, power has been restored for up to 50% of consumers, Gov. Valentyn Reznichenko said, but noted that the situation with energy is complicated.

Amid Russias continued attacks on Ukraines energy infrastructure, the Ukrainian authorities started opening what they call points of invincibility heated and powered spaces where people could go for hot meals, electricity to recharge their devices and to connect to the internet.

Deputy head of Ukraines presidential office Kyrylo Tymoshenko said on Thursday morning that a total of 3,720 such spaces have been opened across the country.

According to the website of the project, various venues have been transformed into points of invincibility, including government buildings, schools and kindergartens and emergency services offices.

Follow AP coverage of the war in Ukraine at: https://apnews.com/hub/russia-ukraine

Bill Browder on Russia’s war on Ukraine: ‘It’s not...

Better.com CTO steps down, agrees to voluntary separation in...

Living with a Behcet’s disease diagnosis

Who Is Charlotte Laws and Where Is She Now?

These ultra-pure diamonds could be the key to unleashing...

Hip to be smart: ‘Jeopardy’ savors run of super...

North Korea boasts of ‘shaking the world’ by testing...

Netflix’s Triviaverse will test your knowledge with rapid-fire questions

Microsoft may be the latest victim of Lapsus$

How a top House Republican collided with Tucker Carlson...

Alec Baldwin posts ‘everything is going to be alright’...

Washington Should Use Border-Closing Leverage

Tennessee wall-climber convicted in breach of US Capitol

Ye no longer performing at Grammys

Maren Morris returns to touring with new album on...

Ukraine’s Crypto Army Is Both Inspiration and Cautionary Tale

Fuel Demand Destruction Is Happening at Most Expensive US...

Mini-budget: What does it mean for Wales?