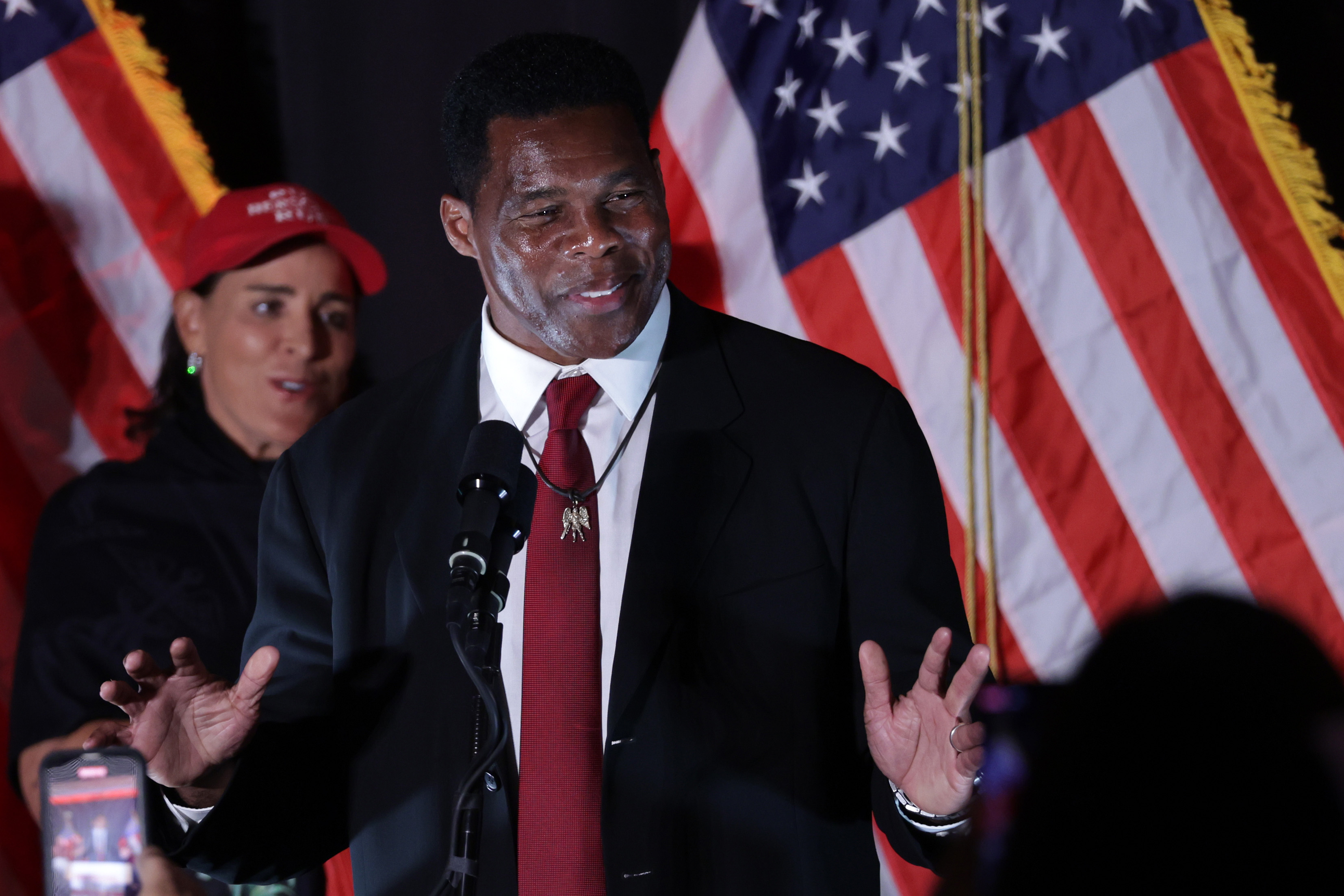 A poll sponsored by the AARP, an interest group that focuses on issues affecting those over 50, showed Warnock leading in the Georgia Senate runoff election, with 51 percent support to Walker’s 47 percent.

The poll was conducted from November 11 to 17 of 1,183 likely Georgia voters, which includes a statewide representative sample of 500 likely voters. It had a margin of error of plus or minus 3 percent and showed Walker leading by nine points among voters over 50, while Warnock led by 24 points among those aged 18 to 49.

Fox News’ host Brian Kilmeade asked Walker if he felt he was four points behind, and he responded with a long answer that criticized the senator and appealed for donations.

“Well, no, I don’t feel I’m down four points,” Walker said. “Right now, I feel that the race is dead even.”

Walker went on: “They’re trying to outspend me. I think they’re spending almost four to one against me. That’s why I encourage everyone to go to TeamHerschel.com. They’re trying to buy this seat, ’cause Senator Warnock is very radical. You hear him talk about vote for him, but he voted, and people don’t know this, he voted against religious liberties.”

A video clip of Walker’s answer was shared to Twitter on Wednesday by journalist Aaron Rupar and had been viewed more than 40,000 times as of early Thursday morning.

Tom Nichols, staff writer with The Atlantic, initially highlighted the interview before Rupar retweeted his post and included the video of the Republican’s remarks.

Nichols tweeted: “I swear to God that Brian Kilmeade just asked Walker if he feels like he’s really four points behind Warnock. I am still waiting for Google Translate to explain what Walker actually answered, but Kilmeade did his best to carry Walker through the rest of it.” Midterm voters key in on crime

Meta is winding down its low-cost WiFi program for...

Carolyn Hax: Brother feels ‘blindsided’ by the wife they...

Serial rapist branded a danger to women jailed for...

Broncos lose in Russell Wilson’s return to Seattle after...

Mallrat Goes Deeper Into The Machine

The rising cost of living: Fuel

Oz closing in on Fetterman in Pennsylvania Senate race

Apple just made it massively easier to bring your...

Online Safety Bill “on the verge of being unworkable”

Will Smith film Emancipation to come out this year

TikTok says it rejected China’s request for a stealth...

Naomi Osaka brought to tears by heckler during match...

As Europe bakes in heatwave, wildfires rage from Portugal...

Temperatures in eastern Antarctica are 70 degrees warmer than...

Ukrainian YouTube brothers reach out to Japanese to end...

Ukraine amps up calls for a no-fly zone: ‘This...

How companies like Dow, Marriott, and InBev could get...

NFL odds: Bet on this surprise team to win...

Momma Wanted To Be A Household Name. They Looked...

Tesla gets wrist slap from EPA for violating Clean...