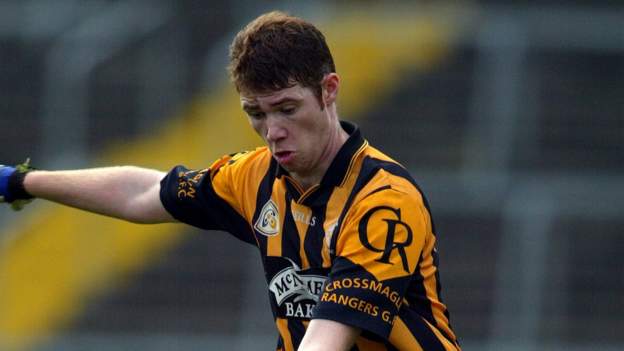 Cunningham, who captained the Armagh club to the All-Ireland title in 2000, will be assisted by Jim McConville.

Kernan was appointed in January 2020 and leaves after guiding Cross to their 46th Armagh title in October.

However, the Armagh kingpins were knocked out of the Ulster Club Championship by Monaghan side Ballybay.

Kernan led Crossmaglen to three successive Armagh finals during his time in charge, losing to Maghery and Clann Eireann in 2020 and 2021 before last month’s win over Granemore.

Cunningham, who recently had a spell with Louth club Geraldines, will retain the services of McConville, who had been a part of Kernan’s management team.

“Crossmaglen Rangers GFC are delighted to announce that our 2000 All-Ireland winning captain, Anthony Cunningham, assisted by Jim McConville, have been appointed as the new management of our senior team,” read the club’s statement.

“We wish them every success in their new role. We would also like to acknowledge the work of our outgoing management, Stephen Kernan, Tony Kernan, Paul Hearty and their back room team.

“Thank you for guiding our senior team over the past three years.”

One in five reptiles is threatened with extinction

Bill Skarsgård and Lily-Rose Depp in talks to star...

Adams to lift vaccine mandate for performers and athletes...

Opinion | Trump’s Running and the Feds Are Coming:...

Turkish leader to meet Sweden’s new PM over its...

Texas inmate who fought prayer, touch rules to be...

How TMT Stock Rally May Be the Market’s Achilles’...

Snapchat is rolling out a new buddy system-like real-time...

The new Witcher game has multiplayer, and its worlds...

Amazon Prime just got a lot more expensive but...

Canadian climber dies after falling off Mount Rainier in...

The rich will keep getting richer even in the...

Duterte on Putin: “I kill criminals, I don’t kill...