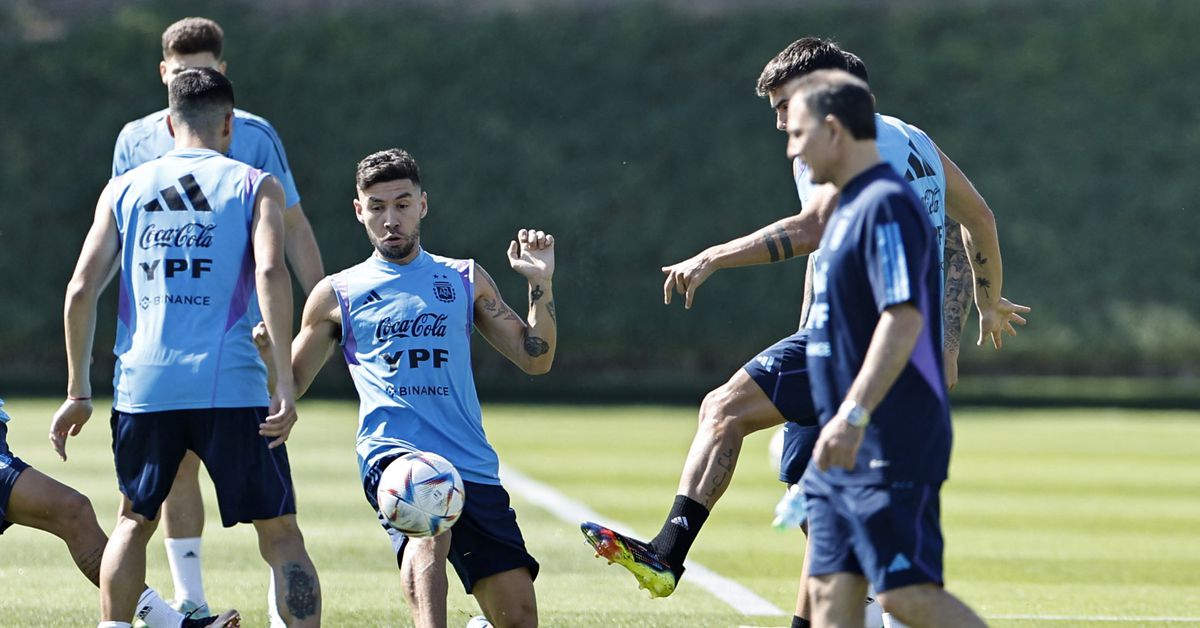 DOHA, Nov 24 (Reuters) – Argentina hope to restore their status as a tournament favourite against goal-shy Mexico in their Group C clash on Saturday where both heavyweights of Latin American football need to improve on disappointing starts to the World Cup.

The Argentines suffered one of the biggest shocks in World Cup history, with a 2-1 reverse to low-ranked Saudi Arabia, as captain and top scorer Lionel Messi embarked on his fifth and final attempt to win the only prize that has eluded him.

Mexico’s low-scoring and injury-hit squad bore out pre-tournament pessimism in their first game, drawing 0-0 against Poland and only avoiding defeat thanks to a stunning save from veteran goalkeeper Guillermo Ochoa.

So an already spicy-looking encounter has become even hotter for both teams if they are to avoid the ignominy of early exit.

“We have to win or win,” Messi said. “It’s up to us to correct mistakes and get back to the basics of who we are.”

Those basics took Argentina on an extraordinary, three-year unbeaten run of 36 games until defeat by the Saudis, which they hope was an aberration rather than a sign of decline at just the wrong moment.

In training for Mexico, the Argentines will be particularly focussing on how to spring high defensive lines after the frustration of seeing three goals ruled out for offside.

The ease with which the Saudis unsettled their defence in a manic start to the second half, when they scored twice, is another source of concern for Argentina.

Mexico’s challenge is straightforward: how to score.

In winger Hirving Lozano, they have someone guaranteed to supply crosses but noone is finishing the chances. “We need more accuracy,” said coach Gerardo Martino, himself an Argentine.

Argentina are pursuing a third World Cup title with particular passion given that Messi has said this is his last tournament, meaning it his final opportunity to match the late, great Diego Maradona’s immortality at home.

Mexico are nothing if not consistent at recent World Cups -they have been eliminated in the last 16 at each since 1994.

Both sides are traditionally well supported, with hordes of loud and colourfully-clad Argentines and Mexicans prominent around the Qatari capital Doha since the tournament began. Brad Pitt has trouble Stayin’ Alive in the first...

In China’s Shenzhen, nostalgia persists for the old days...

How Disney Cruise Line Housekeepers Make You Feel at...

Trump notches a loss in Nebraska as Herbster goes...

Watch Microsoft’s Surface event with us at 10AM ET

Russia is plundering gold in Sudan to boost Putin’s...

Emma Raducanu at Wimbledon: There will be ‘huge expectation’...

Sri Lanka lawmakers to pick new president but no...

The US Economy And Investing In Tech And Healthcare...

LVMH Boosted By Americans and Strong Dollar in Europe....

Web3: What it is and why does it matter?

Bannon now says he will testify before Jan. 6...

FTX lawyer: ‘Substantial amount’ of assets has been stolen

Scuf PS5 pro controller – which one is right...

‘Diablo: Immortal’ is coming to mobile and (surprise!) PC...

SPACs are a four-letter word again

The Supreme Court, vaccination and government by Fox News

Round-the-clock vigil to give thousands a chance to bid...

Apple’s second-generation AirPods fall to a new low of...

Deborah James made a dame by William at her...

Prosecutor talking to experts in killing of Patrick Lyoya

Midterm candidates are embracing TikTok ‘for better or worse’....