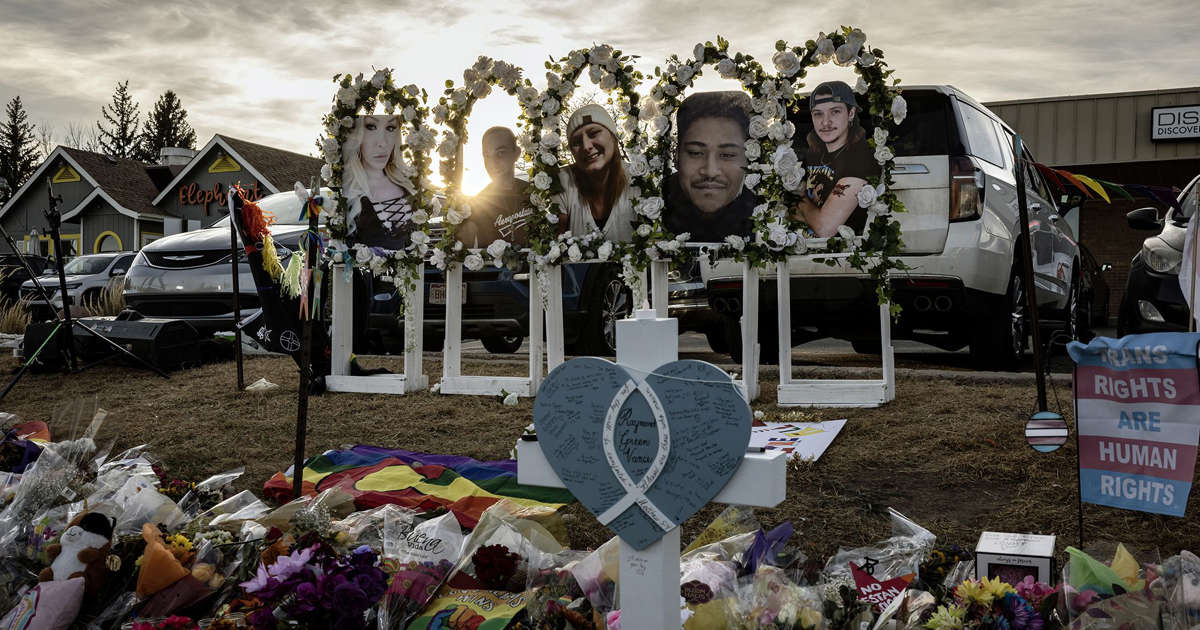 (Bloomberg) — There have been at least 124 incidents of anti-LGBTQ protests, threats and violent actions against drag events and venues in the US so far this year, a new report shows.

Most Read from Bloomberg

The analysis, from the LGBTQ advocacy group GLAAD, cited news reports to show that such incidents occurred in at least 47 US states. Texas and North Carolina saw 10 incidents each, the highest among the states. While many of the protests and actions took place in smaller, rural communities, there were also three in New York City, and others in Philadelphia, Las Vegas, Minneapolis-St. Paul, Boston, Miami, Denver and Phoenix. A number of incidents involved violence or weapons, the report said.

The report may also be an undercount, since it only covers incidents that received media coverage, GLAAD said.

That count doesnt include the Nov. 19 attack on Club Q in Colorado Springs, Colorado, where a drag performance had been held hours earlier. Five people were killed and 18 others were wounded inside the LGBTQ nightclub. Colorado Springs officials have said their investigation is still underway, and they havent determined a motive for the shooter.

There is a direct line between the coordinated, dangerous anti-LGBTQ campaign driven by lies and fearmongering rhetoric to the real-world violence weve seen increase this year, Sarah Kate Ellis, the president and chief executive officer of GLAAD, said in a statement. This has reached a boiling point, and it needs to be stopped now. Not tomorrow, not after the next attack, but now.

There was a four-fold increase in anti-LGBTQ demonstrations and violence between 2020 and 2021, according to the nonprofit Armed Conflict Location & Event Data Project, which compiles data on political violence. In June, the group said that 2022 was on pace to see more violence than last year.

In its analysis, GLAAD reported at least eight instances this year of proposed legislation attempting to restrict or ban drag performances, including public performances and library events. Lawmakers in Texas, Florida and Arizona have said they want to ban minors from drag events. A total of 27 anti-LGBTQ bills made it into law in 2021, for the the worst year in recent history for the legislation. At least seven such bills have become laws this year.

original sound – KreemsicleThe recent escalation in anti-drag protests and attacks also come after years of attempts by lawmakers to ban books that feature LGBTQ characters or themes in libraries and schools.

In October, a public library director in Maury County, Tennessee, resigned following criticism of a Pride display at the library, as well as a drag event at a brewery he owned. At a later community meeting, a mom decried the criticism her speech went viral on Twitter and TikTok, where it has been viewed over 1.4 million times.

Most Read from Bloomberg Businessweek Half-Life: Alyx Levitation is a mod to rival Black...

New The Last of Us TV show image teases...

Gmail is getting the security upgrade it’s always needed

Mom Mauled to Death in Own Backyard by Pit...

Atlassian is suffering a whole bunch of awful security...

R Kelly accuser to give key testimony on trial-fixing...

Sofia, the Airplane-Borne Telescope, Lands for the Last Time

The PS5 modding scene just had its gates thrown...

Twitter discloses it wasn’t logging users out of accounts...

What Have the True Crime Podcasters Done?

As Uvalde funerals continue, harrowing details emerge of the...

Is Soaring Consumer Credit Bad for US Economy?

Review: ‘Olga Dies Dreaming’ is a unique and beautiful...

Got a Canon mirrorless camera? These two rumored lenses...

Pique to leave Barcelona and hints at retirement

A Time of Sonorous Prose

Your Saturday UK Briefing: Kwarteng Out, Hunt In

Bradley Cooper is unrecognizable in first images from Netflix’s...

Warriors roll to most lopsided win of the season

‘West Side Story’ star Rachel Zegler not invited to...

3D NAND sales plummet across the globe as demand falls