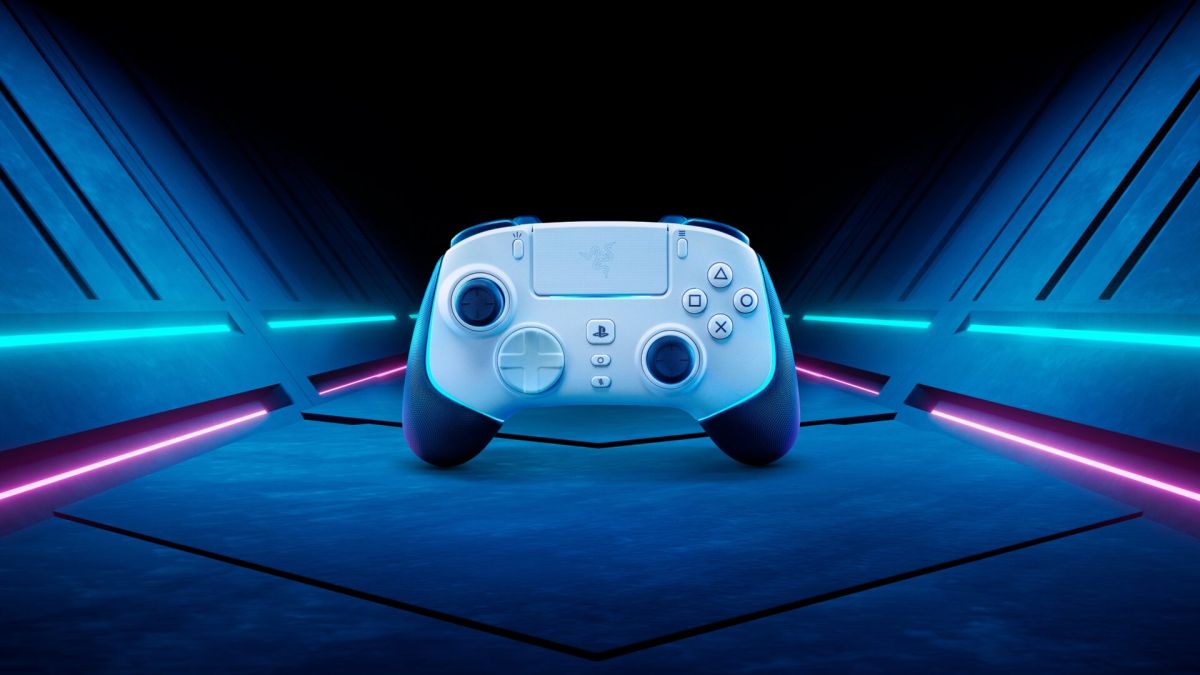 Razer has announced its Wolverine V2 Pro PS5 controller, which features a host of advanced customization features. It’s the company’s first-ever officially licensed gamepad made for the latest Sony console and features asymmetrical thumbsticks from the iconic in-line ones of the last 28 years.

According to the official site listing (opens in new tab), the controller is scheduled to ship on December 31 in the US. No other territories have yet been announced. However, the price has been revealed; it will retail for $250 USD / €299.99 / £249.99/ $475.95 AU, making it one of the pricier options to hit the shelves. With a price tag like that, the Wolverine V2 Pro is directly competing with Sony’s DualSense Edge

gamepad because of the focus on the quality of life improvements for those in the competitive gaming scene. As with the brand’s Wolverine Ultimate

and Wolverine V2 Chroma, this new model features mechanical, tactile microswitches for the face buttons and the D-pad.

What separates those earlier Xbox controllers from the Wolverine V2 Pro is that the PS5 version features 2.4 GHz Hyperspeed wireless, whereas all previous models were wired-only. The company’s Hyperspeed wireless has been present in everything from Razer’s best wireless gaming headsets

to the best wireless gaming keyboards

Given that the PS5’s standard controller utilizes adaptive triggers, Razer has implemented its ‘Hypertrigger’ technology. This is essentially the same trigger stops we’ve seen with earlier versions of the gamepad; a dedicated toggle switch restricts movement, with shorter pulls ideal for shooters and fighting games, and longer pulls more fitting for racing titles. To aid different play styles, there are also exchangeable concave and convex thumbsticks.

As it’s a Razer product, there’s also the Chroma RGB lighting which adorns the edges of the faceplate of the Wolverine V2 Pro as well. We first saw this with the V2 Chroma from last year. If you’re a flashing light fan, this cosmetic feature will undoubtedly help it stand out from the competition.

Who is the Wolverine V2 Pro PS5 controller for?

. At a time when many people are asking if expensive premium controllers are even worth it

, there’s certainly a lot to live up to with the features set offered.

In short, the Wolverine V2 Pro is an enthusiast-grade gamepad that will likely only appeal to those in the competitive gaming scene, where milliseconds matter as far as inputs go. For the average gamer, though, these quality-of-life improvements are unlikely to make much of a difference in your day-to-day. Should you want to knock a second or two off your lap time in Grand Turismo 7

or slightly improve your K/D ratio in Call of Duty: Modern Warfare 2

, this PS5 pro controller could help you achieve those goals.

How does the Wolverine V2 Pro compare to the Dualsense Edge?

The Wolverine V2 Pro and the DualSense Edge are both high-end controllers which have a focus on customizability. This means that you’ve got replacement thumbsticks and rear back paddles. Both controllers utilize remappable buttons, too, which is fairly standard as pro controllers go. There are also the same trigger stops and dead zones with each model.

As for the major differences, the Wolverine V2 Pro uses an asymmetrical thumbstick layout which has more in common with an Xbox wireless controller

. If you want a more traditional PlayStation layout, then the DualSense Edge is the better option. The ergonomics are much different, too. You can think of the Edge variant as a slightly larger DualSense. In contrast, the V2 Pro actually has more in common build-wise with the Razer Raiju Ultimate

than other Wolverine models.

One crucial feature that the in-house Sony-made gamepad takes advantage of is the replaceable stick modules, which only Scuf PS5 controllers

, such as the Reflex Pro, have touched on to date. As the console is approaching two years of market availability, peripheral manufacturers can finally figure out what works for the platform based on player demand.

As for which controller out of the Razer and Sony options is best, we won’t definitively know until we get our hands on each one. However, as it stands, the DualSense Edge being a whole $50 cheaper does help in its favor. The fact that it’s an official PlayStation product with similar functionality doesn’t harm things either. A major plus is that they can both be natively used as PC controllers

, so if you’re someone who games on a console and a computer, there’s a strength of these two, too. Harry Caray honored with special rendition of ‘Take Me...

‘Call of Duty: Warzone’ studio will try to unionize...

Hundreds of banks and crypto exchanges targeted by Android...

House committee reaches deal to get financial records from...

WhatsApp will let you know when people are talking...

You can’t copyright AI-created art, according to US officials

Salesforce and Twitter are both lucky their purported $20B...

The Los Angeles Unified School District is dealing with...

Trump returns to a city poisoned by his legacy...

Sepsis took me from this selfie to a coma...

Biden’s Surgeon General says your toxic workplace can be...

Ireland Will Get Less Growth From Multinationals Next Year

Excerpt: “Somebody Feed Phil the Book” by Phil Rosenthal

US Open: Dan Evans reaches third round in New...

Women in Tunisia: Has a female prime minister changed...

Your UK Sunday Briefing: More Wage Talks Due Ahead...

Air India: The urination scandal that embarrassed the airline

Certificate of deposit: The reliable way to save money...

Social Security benefits to jump by 8.7 percent next...

Bandai Namco was pitched a 16-bit Dark Souls, and it looks fantastic