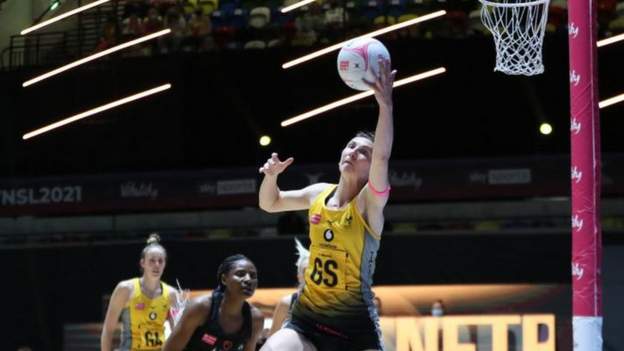 Wasps Netball will no longer be able to compete in the Netball Super League.

The 2023 season will be contested between the remaining 10 clubs.

“While we never gave up hope of finding a successful outcome, our hearts go out to everyone who is impacted by this sad news,” said England Netball chief executive Fran Connolly.

“It has been exceptionally difficult to see the situation unfold at Wasps and a highly challenging time for all involved in Wasps Netball, particularly the staff and players,” Connolly added.

“Our focus now is to give clarity and certainty to players and staff who are impacted, and support them to return to courts, albeit different courts, as soon as possible.”

Although parties have displayed interest in buying two-time champions Wasps, the Netball Super League and England Netball said that they had “sadly concluded that no proposal could evidence, with sufficient certainty, an ability to deliver the full requirements of an NSL franchise in the time available”.

The 10-team 2023 season will get under way in February. An updated fixture list has been published, while the signing window has been reopened to allow Wasps players to be signed as training partners for other clubs.

It has been confirmed that all player pathway activity will be maintained through the England Netball operated Central Player Pathway Programme.

Andrew Sheridan, FRP Advisory’s joint administrator for Wasps Holdings, said: “Despite all of our best efforts and interest from a number of parties, it has regrettably not been possible to find a solution in the time available.

“We know that this will be incredibly disappointing news for all involved with Wasps Netball and their supporters, and we will continue to provide all support to those employees of the club who have been affected by the administration.” IRS to conduct safety review after threats to workers

Everton v Newcastle: Arrest after protester ties himself to...

Tech CEO admits he’s been praying for inflation and...

Florida is the only state to skip pre-ordering Covid-19...

She apologized for verbally abusing an Olympic judge, but...

Joey Logano adds to legacy of firsts with Cup...

What’s at stake in Supreme Court battle over controversial...

China Declared Russia Friendship Had ‘No Limits.’ It’s Having...

Running Up That Hill was the UK’s song of...

‘DC League of Super-Pets’ goes to the dogs in...

Mohamed El-Erian says the odds of a ‘soft landing’...

Broadcom Can Avoid the Conglomerate Curse

Russia-Ukraine war: Some of UK’s top journalists barred from...

Fresh off ‘break up’ with Dems, Yang backs one...

Converting a caravan into a tiny cinema

Twitter will shut down the TweetDeck for Mac app...