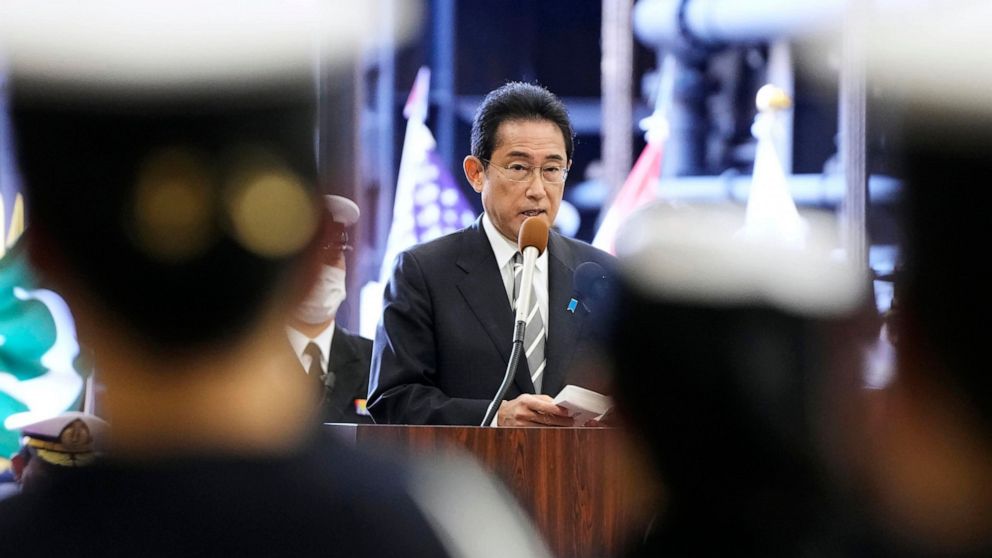 TOKYO — Japan and the United States began a major joint military exercise Thursday in southern Japan as the allies aim to step up readiness in the face of Chinas increasing assertiveness and North Koreas intensifying missile launches.

The biennial Keen Sword drills kicked off at a Japanese air base in southern Japan and will also be held in several other locations in and around Japan through Nov. 19.

About 26,000 Japanese and 10,000 American troops, as well as 30 vessels and 370 aircraft from both sides, are to participate in the drills, according to the Japanese Defense Ministry. Australia, Britain and Canada will also join parts of the drills, it said.

Joint field trainings that include amphibious landing exercises are planned on southwestern Japanese remote islands, including Tokunoshima, Amami and Tsutarajima, as Japan has been bolstering its defense capability in the region amid growing tensions over China.

China has reinforced its claims to virtually the entire South China Sea by constructing artificial islands equipped with military installations and airfields. Beijing also claims a string of islands that are controlled by Japan in the East China Sea, and has stepped up military harassment of self-ruled Taiwan, which it says is part of China to be annexed by force if necessary.

The joint exercise also comes on the heels of intensifying missile firings by North Korea, which has launched more than 30 of them this year, including one on Wednesday that fell in the sea between the Korean Peninsula and Japan. Last month, an intercontinental ballistic missile flew over northern Japan.

A move to develop strike capability is a major shift for Japan’s self-defense-only principle, though the country has rapidly expanded its military’s role and capability in the past decade to work more closely with the United States and other partners in the region and Europe.

Exercises like Keen Sword provide Japanese and U.S. forces opportunities to train together across a variety of mission areas in realistic scenarios to enhance readiness, interoperability, and build credible deterrence, U.S. Forces Japan said in a statement Thursday. Charles to Be Proclaimed King in Ceremony at Cardiff...

Cassidy says transfer of Polish jets to Ukraine ‘within...

What do Big Tech earnings tell us about the...

Athlon Sports has Michigan football ranked as a top-10...

Ukraine Forces Blow Up Bridge Around Kyiv to Halt...

Meez keeps recipes in one place so chefs can...

Examining how crime data is used by election campaigns

Your Evening Briefing: Junk Bond Market Says No US...

Orkes, from the creators of Netflix’s open source Conductor...

Full video: Listening to America on kids and vaccines

The 16 most compelling lines from today’s January 6...

Michelle Obama: Being kind to myself is a challenge

Indiana doctor moves toward suing AG who threatened to...

Prospects dim as US, Russia prepare to meet over...

Winfrey selects prison memoir ‘That Bird Has My Wings’

‘I had an epileptic seizure in a crocodile swamp’

Is China Turning Into the Next Japan?

Pakistan flood volunteer: ‘It was like there was no...

Amazon makes advocacy group’s list of most dangerous US...

Here’s our first look at Pokémon Scarlet and Violet’s...

Congress ordered agencies to use tech that works for...

How Cruz Supreme Court case could lead to unlimited...