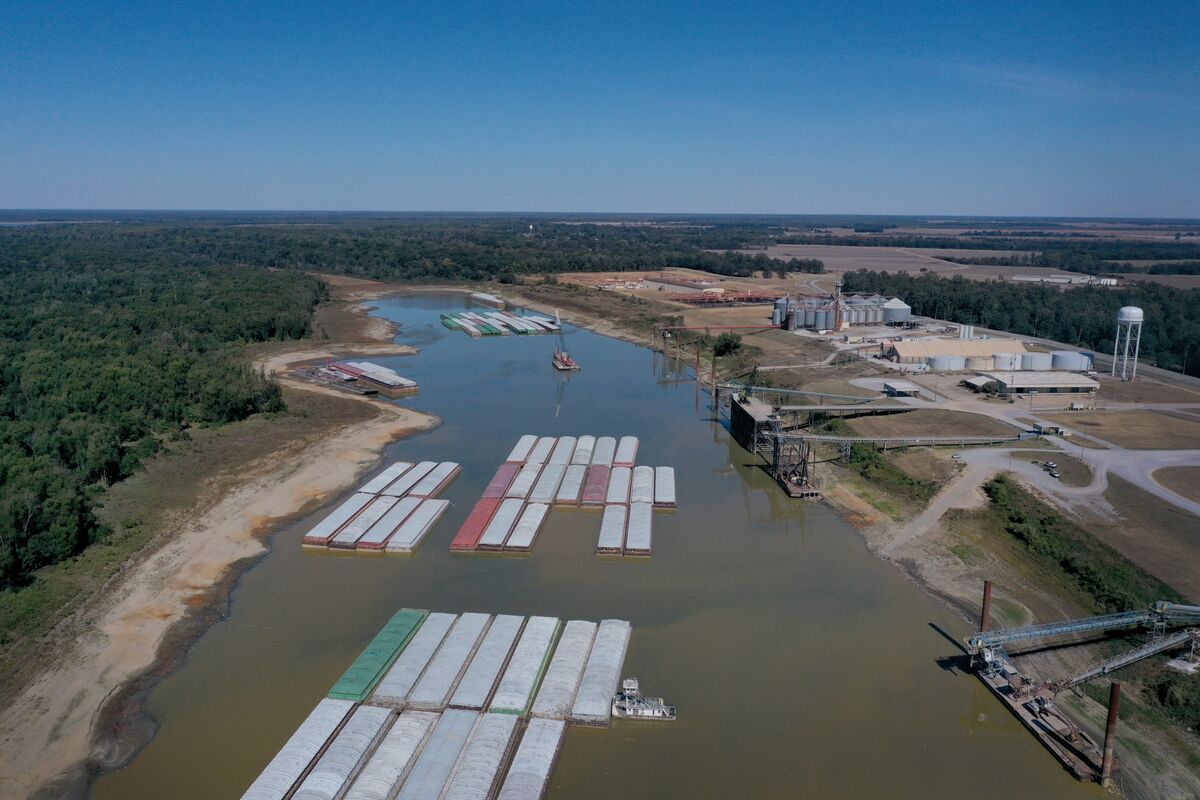 The shrinking Mississippi River has hobbled the most efficient channel for moving US soybeans onto world markets, prompting a pivot to alternatives from Puget Sound to Texas to the Great Lakes.

Typically, more than half of all US soybean exports traverse the Mississippi River but after weeks of scant rainfall, water depths have dwindled, raising barge costs to an all-time high. As a result, ports in places like southeast Texas that

normally handle less than 5% of the nations soybean exports are being thrust into action.

Its in dire condition and its getting worse, Mike Steenhoek, executive director of the Soy Transportation Coalition, said by phone. People are looking for whats their B, C and D options.

The US Department of Agriculture said 2.57 million tons of American soybeans were inspected in the week ended Oct. 27, a drop of 12% from the previous week. The Mississippi River accounted for less than a third of the shipments, with supplies also leaving ports in Alabama and elsewhere,

At the same time, the river disruptions have increased transport costs so much that American beans and other crops are growing too expensive for some overseas buyers. Thats limiting their utility as replacements for supplies usually sourced from the Black Sea region thrown into disarray by Russias war on Ukraine.

(Adds chart. A previous version corrected the spelling of rivers name in headline.)

Walmart post-Black Friday sale: Save over $300 on the Lenovo Legion... Walmart post-Black Friday sale: Save over $300 on the Lenovo Legion... Snapchat now lets you share your Strava activities in...

Mark Zuckerberg’s wealth is down by $70 billion this...

My Family Won’t Respect My Boundaries After Giving Birth—What...

Ubisoft and Riot are going to use AI to...

Will liberal beavers save Macron?

One day all tech news will merely be updates...

Wuhan Locks Down 1 Million Residents in Echo of...

Kurt Warner’s son set to start at quarterback for...

The Morning After: Our verdict on the Samsung Galaxy...

Canadian authorities look to the courts to break blockade

Queen Elizabeth II’s coffin is lowered into the royal...

The Party’s Over: London Nightclubs May Shut Over Energy...

Bills vs. Patriots: 3 keys to a Buffalo wild-card...

Biden is expected to finally reveal his student debt...

TikTok’s global security chief is stepping down amid US...

How Biden and Congress can address gun violence

The Morning After: Meta gets fined $402 million

Ukraine and Russia to face off at World Court...

Credit Suisse Resets With a Retreat From Wall Street

Boy makes emotional statement at adoption hearing
Brazil is on edge as authoritarian Bolsonaro is quiet 24 hours after...