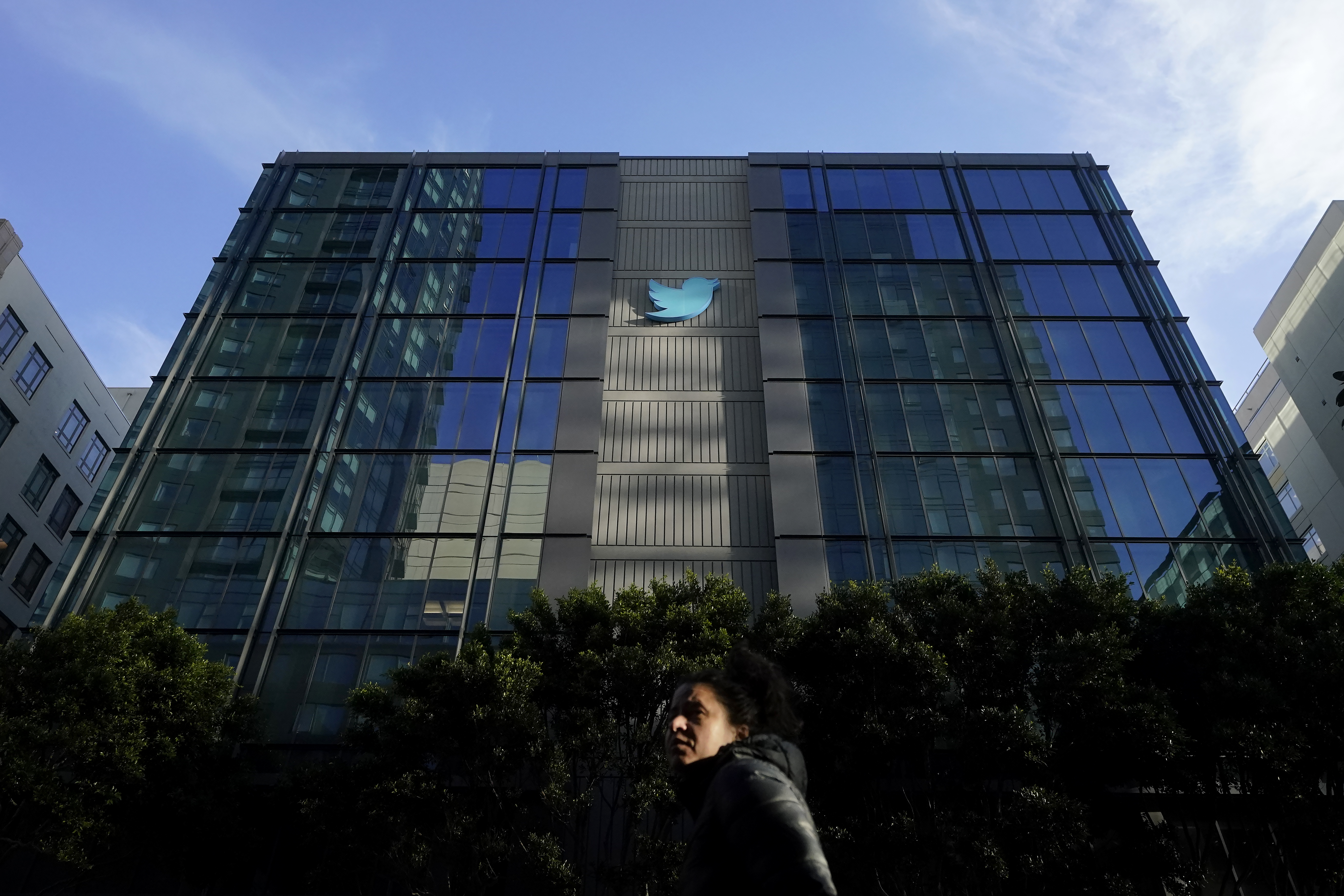 Technical experts say its unlikely Twitters content moderation systems will change quickly, even without its former policy chief. Katie Harbath, the former public policy director at Facebook who oversaw their elections work, said its not that easy to turn off some of the algorithms that are set to proactively detect and remove misinformation and hate speech.

You cant turn and change these classifiers on a dime you can turn them off but you cant really adjust. That takes time to do, Harbath said.

Even so, there are signs Musks takeover has liberated some darker impulses in the American conversation. The Network Contagion Research Institute, an independent center that tracks online trends, says it has measured an uptick in the use of at least one racial slur in the 12 hours since the Musk buyout.

The new owner is also attracting attention on Capitol Hill.

As Mr. Musk takes the reins, I will be watching to see if the company maintains its commitment to promote healthy dialogue, free from disinformation and harassment, said Rep. Jan Schakowsky (D-Ill.), who chairs the House Energy and Commerce panel on consumer protection. Mr. Musk has a lot to prove because just this week, we saw the Department of Justice open an investigation into his other venture, Tesla.

In Trumpworld a lot of people go back and forth

In the hours since Musks takeover, MAGA-world has celebrated an owner it sees as a potential savior of free speech. Several MAGA-related accounts called on Musk to remove alleged shadow-bans which they claim have prevented them from posting. For instance, Musk tweeted on Friday hed look into claims from a user called Catturd2 who was previously retweeted by Trump for spreading election lies and supporting the former president. The user said their supposed search ban was lifted today.

The biggest potential game-changer, of course, would be the return of Trump himself, who previously had more than 88 million followers.

For the former president, its now a more complicated question, since he runs and is a key draw for Truth Social, launched the year after Twitter banned his account. That platform is friendlier to his ideas and supporters but has far fewer followers, and less reach.

In Trumpworld a lot of people go back and forth on whether he should or shouldnt [return to Twitter], said a person who speaks to Trump regularly, who was granted anonymity to speak candidly.

In the small ecosystem of right-leaning social platforms, which stand to lose users if Musk makes Twitter feel friendlier to the Trump movement, leaders pushed back at the idea that the entrepreneur would be able to quickly change Twitters culture and standards.

So far its only free speech lip service from Elon Musk. Come back to me when he reinstates President Trump, said GETTR CEO and former Trump adviser Jason Miller in an interview. He later added, Unless Elon Musk fires every coder, every engineer and every moderator in the entire company and starts all over, political discrimination is going to persist at Twitter. Its too fundamentally rooted in their culture.

For Democrats, the announcement could hardly have come at a worse time with Republicans likely to take the House next month and Trump widely expected to run for president again.

Musk, who has described himself as a free speech absolutist, doesnt hide where hes coming from politically, which has significant implications for the left. Liz Truss: How might Tory MPs get rid of...

New data shows how SaaS founders have been dealing...

Wins for abortion rights advocates in Arizona, Ohio with...

Afcon 2021: VAR to be used throughout tournament in...

9 Dead in Texas Crash Involving U. of Southwest...

Putin presses on after capture of Lysychansk

France election: ‘Many voted to build a barricade against...

The papers: ‘Downing It Street’ and pressure grows to...

Hundreds of protesters breach Iraq’s parliament building for a...

Crypto lender Celsius is being investigated by multiple states...

All aboard the NDAA and Omnibus

Google is closing one of its least-loved Workspace apps

Anker’s Eufy robovacs are up to 48 percent off...

Should San Bernardino Secede From California? Americans Weigh In

Businesses still have a long way to go to...

Ryanair Ready to Relocate Planes From UK If Pound...

Heart health: Could a smartphone app become a remote...

Tottenham: Champions League qualification would be ‘a miracle’, says...

As business booms, brothers donate some proceeds from candle...