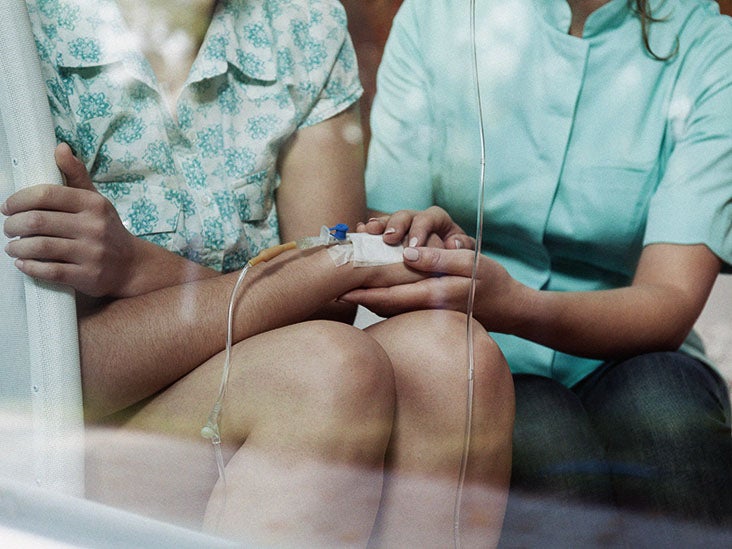 Research shows that increasing numbers of individuals diagnosed with early-stage breast cancer treated with systemic therapies like chemotherapy or targeted therapy achieve a complete response prior to breast-removal surgery.

notes that over 60% of people with triple-negative breast cancer and human epidermal growth factor receptor 2- (HER2) positive breast cancer have a complete response to neoadjuvant systemic therapy (NST), a type of cancer therapy thats given prior to surgery.

As such, researchers have questioned whether those who fully respond to NST treatment still require breast surgery.

They found that it may be possible to eliminate the need for breast surgery in some subjects following NST.

This is the very beginning of a new field that is rapidly advancing. The plane has left the gate and is now on the runway. It is clear that targeted systemic therapies are greatly improving, from about a 12% pathologic complete response 20 years ago to 70% in triple-negative breast cancer today.

The study was recently published in The Lancet Oncology

For the study, the researchers enrolled 50 female participants with an average age of 62 in a clinical trial. Among them, 38 were white, 10 were Black, and two were of other ethnicities.

Exclusion criteria for the trial included the progression of cancer to more than 20% of breast tissue and evidence for cancer spread to distant areas of the body.

All participants underwent standard NST regimens as recommended by their medical oncologist. Afterward, they underwent a breast biopsy.

Whereas 38% still had breast cancer following NST, 62% had a complete pathological response and thus no longer had the condition.

Study participants who did not show histological evidence of residual cancer did not undergo breast surgery. However, those that did underwent standard breast and nodal surgery.

All subjects underwent radiation therapy followed by physical examinations every 6 months for an ongoing 5-year period.

The researchers noted that all subjects who were tumor-free after NST remained cancer-free after a median follow-up of 26.4 months.

As surgeons, we had a responsibility to figure out a way forward to eliminate surgery for patients where it would provide no conceivable benefit if no cancer remained, Dr. Kuerer said.

When asked why some people may no longer need surgery following NST, Dr. Bhavana Pathak, board certified hematologist and medical oncologist at MemorialCare Cancer Institute at Orange Coast Medical Center in Fountain Valley, CA, not involved in the study, explained to MNT:

Certain types of breast cancer (triple negative or HER2) tend to respond very well to systemic therapy. We say systemic therapy rather than chemotherapy, as our therapies have evolved to use immunotherapies and biological therapies (ie, targeted antibody treatment). With these systemic therapies, there is a range of responses, but up to a 60% chance of having a complete pathologic response (tumor going away) after therapy.

Dr. Parvin Peddi, medical oncologist and director of Breast Medical Oncology for the Margie Petersen Breast Center at Providence Saint Johns Health Center and Associate Professor of Medical Oncology at Saint Johns Cancer Institute in Santa Monica, CA, not involved in the study, told MNT that advances in chemotherapy have meant that often surgeons find out during surgery that no cancer is left.

These patients are currently still undergoing surgical resection of where the tumor was, only to find out after surgery that no cancer was found. I see this over and over in my clinic, Dr. Peddi said.

Some of these patients are likely cured with just chemotherapy and do not need surgery or radiation therapy.

The researchers concluded that additional clinical trials are needed to evaluate their findings.

This approach will need to be tested in several larger studies before it becomes a standard treatment option, and we are committed to studying this further, Dr. Kuerer said.

When asked about the studys limitations, Dr. Lauren Nye, breast medical oncologist at the University of Kansas Cancer Center, not involved in the study, told MNT that a longer follow-up is needed as breast cancer can recur beyond 2 years after treatment.

We will also need to see this reproduced with a larger study size, Dr. Nye said.

The study required breast imaging technology and employed radiologists at a high-volume breast program to obtain the biopsy specimens after completion of systemic therapy to determine if individuals could forgo surgery, and this may limit the applicability of this method universally, especially in rural or community settings.

Dr. Nye said she commends the researchers for enrolling a diverse population of subjects that are more representative of the U.S. population.

This can be applied more widely if the study continues to show promising results as we know Black or African American women do have high mortality rates and more aggressive presentations of breast cancer and therefore important to include in this kind of study, she said.

Dr. Nye also noted there are some aspects of the study that have not been reported yet, including the use of liquid biopsies to detect minimal residual disease, which will be exciting to see as we are still learning how to utilize blood-based tests for cancer detection in oncology to yield better outcomes for patients.

Finally, Dr. Peddi said that while there are no immediate clinical implications from the studys results if they can be reproduced in further research, some individuals with breast cancer may be able to forgo surgery or radiation therapy after chemotherapy alone.

Battery Swapping for EVs Is Big in China. Here’s...

Biden-Mayorkas regime attempting to ‘destroy and overwhelm’ US system:...

US ends GM steering investigation without seeking a recall

Pregnant Scot could be forced to give birth in...

Berney Arms: The hamlet that has all but disappeared

Reliable Indiegogo campaigners will now get a ‘Trust-Proven’ badge

Interpol says the metaverse could open up a whole new world of...
With Dak back, can Cowboys jumpstart passing attack?