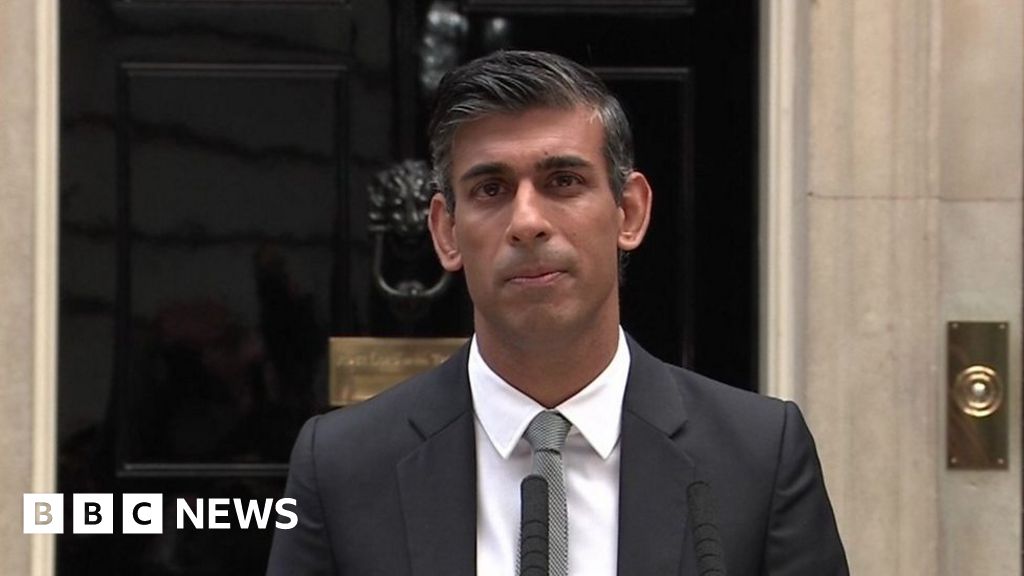 The new UK prime minister has given his first speech to the nation from Downing Street.

After meeting King Charles, Rishi Sunak spoke of a profound economic crisis with Covid and the war in Ukraine contributing to the situation.

He said some mistakes were made by the Truss administration and that he had been appointed to fix them.

Mr Sunak warned there were difficult decisions to come, but he pledged to unite the country, delivering a stronger NHS, better schools. safer streets, and controlling UK borders.

AWS launches data lake to help you spot your...

Why the San Francisco Giants went from juggernaut to...

Key Moments From Beto O’Rourke and Greg Abbott’s Only...

Ukraine crisis: ‘It’s like they stuck a knife in...

No NATO for Zelensky’s Ukraine

‘No-one joined the dots’ – grandad who exposed an...

Biden says he will take executive action to address...

Cowboys flash immense potential in this season’s most complete...

Biden’s trip to Texas to focus on effects of...

Student pilot who made an emergency landing on Missouri...

Credito Real Shakes Up Board Amid Reckoning on Bond...

US FCC bans sales, import of Chinese tech from...

Intel eyes Ohio for a pair of chip factories...

Why Michigan and Ohio State are rooting for chaos

Bird gets a warning from the NYSE because its...

Pfizer COVID-19 vaccine could be available for children under...

After Uvalde shooting, parents feel there is ‘no safe...

Why isn’t the Studio Display also an Apple TV?

Ukraine’s Zelensky Calls for More Military Aid Ahead of...

Avenatti decides not to testify at trial vs. Stormy...

The founder of Oculus slammed Metaverse's horizon worlds: "It's not good, it's...

GM 3Q profit up on US sales, says it's handling headwinds