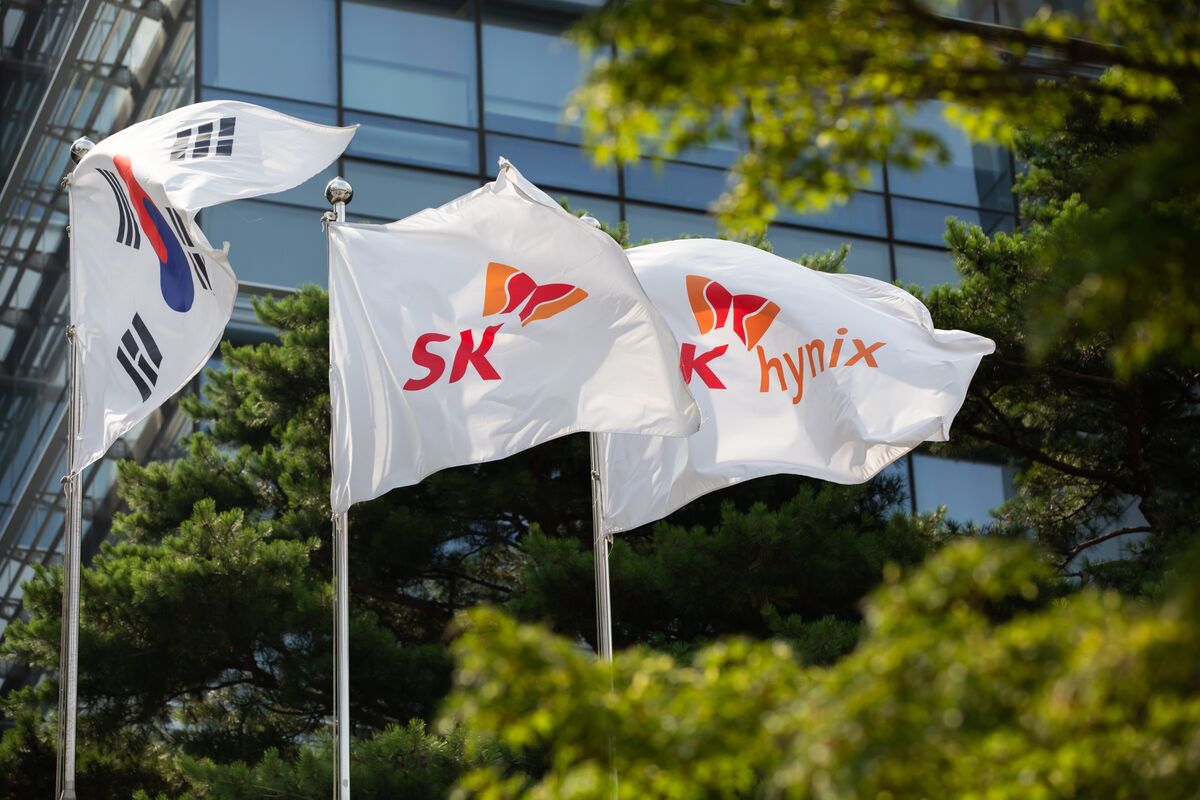 SK Group plans to reduce carbon emissions by 200 million tons by 2030, as it increases investments in green technologies.

The company will initially cut 50 million tons of emissions through enhancing efficiency in its processes and purchasing renewable energy, Chairman Chey Tae-won was quoted as saying in a statement on Sunday. SK will also invest more than 100 trillion won (about $85 billion) in environment-friendly businesses, such as electric cars and hydrogen energy, while managing the value chain to reduce the remaining 150 million tons of carbon, according to the statement.

The company aims to achieve a zero carbon footprint by around 2035, it said. SKs petrochemical business has been responsible for total emissions of 450 million tons of carbon, the statement cited Chey as saying.

Soccer pitches of forest lost this hour, most recent data

Parts per million CO2 in the atmosphere

Carbon-free net power in the U.K., most recent data

Cheys plans are in line with the global move to cut greenhouse-gas emissions as concern over climate change grows. Saudi Aramco on Saturday

said it will aim to reach net-zero emissions from its wholly owned operations by 2050. The England striker asks why footballers "can't just do the right thing" for charity.
Read more

Five players from champions Chelsea are selected in the FA Women's Super League team of the year.
Read more

Hong Kong ramped up security and warned activists against holding any demonstrations as the Asian financial center prepares to mark a particularly sensitive anniversary of the former British colony’s return to Chinese rule.
Read more

Javy Baez, Francisco Lindor attempt to save face with...

Javy Baez and Francisco Lindor attempted to save face with New York Mets fans on Tuesday, following the explanation that their thumbs-down gestures were a statement that they weren’t going to tolerate boos anymore.
Read more

Lava continues to pour from volcano on Spanish Island

There’s no end in site for the volcanic eruption on the Spanish island of La Palma one month after the historic blast. Dan Johnson reports.
Read more

Why the Second Amendment may be overstated in the...

The Second Amendment is often misplaced and overrated in the debate over guns in America, according to many experts on guns and the Constitution.
Read more

More than 1,800 giant pandas now live in the wild, and the species has been upgraded from "endangered" to "vulnerable."
Read more

Delay Sought in Sale of Chicago’s Oldest Hospital to...

Chicago community leaders sought to delay the planned sale of Mercy Hospital and Medical Center to biomedical company Insight, using a virtual state hearing to urge a sale to a partnership formed by a Black physicians’ group and a local hospital.
Read more

US home prices soar in March by most since...

U.S. home prices jumped by the most in more than seven years in March, as an increasing number of would-be buyers compete for a dwindling supply of houses
Read more

Vaccine appeal to pregnant women after mum dies of...

Saiqa Parveen put off getting the vaccine until after the birth of her child, her family says.
Read more

PSVR 2 controllers: everything you need to know about...

Sony's next-gen VR on PS5 will come with brand new gamepads. Here's everything you need to know about the PSVR 2 controllers.
Read more

H.R. McMaster: Stop pretending Afghanistan catastrophe is anything but...

A fundamental lesson of Afghanistan is that wars are interactive and that progress in war and diplomacy is never linear. That is why the war in Afghanistan and the broader war against jihadist terrorist organizations is not over.
Read more

From Angkor Wat to Havana, the travel destinations reopening...

Denmark's national team and medical staff are nominated for the Fifa fair play award for their response to Christian Eriksen's on-field cardiac arrest at Euro 2020 in June.
Read more

The Weeknd Gets Kinky In Disco-Tinged ‘Take My Breath’...

Waste from the cryptocurrency process is similar to that from IT equipment somewhere like the Netherlands.
Read more

Just ahead of Amazon Prime Day, you can get the Fire TV Stick on sale for $39.99.
Read more

Biden pitches ‘once in a generation investment’ to Congress

The president lays out jobs, education and social care plans and says "America's on the move again".
Read more

Major meat producer JBS USA said it paid the equivalent $11 million to hackers to resolve a ransomware attack that forced the company to shut down its beef plants. The company said in a statement on Thursday that it made the decision to “...
Read more

Tennis tech to help if you are playing solo

Jen Copestake tests out some gadgets which could help improve your game.
Read more

Longtime News Anchor Fired for Not Getting COVID Shot...

The CDC advises people against taking the Moderna and Pfizer COVID vaccines if they are allergic to any of the ingredients in the shots.
Read more

Ready to party again, DJ supergroup Swedish House Mafia are back with a new collab with The Weeknd and a world tour on the horizon
Read more

Toyota introduces the 2022 Corolla Cross to the U.S. market in October, marking the first generation of the subcompact SUV.
Read more

VPS hosting offers the flexibility of a dedicated server without the high costs.
Read more

We are all paying for DeSantis’ defiance of the...

The overwhelming majority of protests in Florida were peaceful. DeSantis responded not by proposing legislation to address police brutality, but with a bill aimed at stifling peaceful and totally legal protest in Florida, especially by Black people.
Read more

Apple-supplier Pegatron to expand its production – Including in...

One of the three Apple assemblers in India, Pegatron, which is investing $150 million in the country, is hoping to expand its production capacity to make the most out of the improved market demand.
Read more

The president’s latest global moves have frustrated progressives and moderates alike, from the Israel-Palestine conflict to a Russian gas pipeline.
Read more

The Afghanistan withdrawal that could have been

All Americans must honor the sacrifice of those who served and those who made the ultimate sacrifice for our nation in that far off land. They are American heroes. But it is well past time for a new approach, not just to Afghanistan but foreign policy and the…
Read more

President Joe Biden ignored his own administration's failures Monday when he tried to explain why desperate civilians in Afghanistan's capital have been left stranded and in danger from the Taliban because of the swift U.S. departure. While asserting “the buc…
Read more

Democrat slams Yellen for failing to appear at hearing

Prosecutor Steve Schleicher said during closing arguments in the murder trial of Derek Chauvin on Monday that the state's case against the former Minneapolis officer has been proven beyond reasonable doubt, arguing his us...
Read more

They said they want to see someone at the helm who is more aggressive on financial regulation and climate change.
Read more

President Biden is facing a series of fresh obstacles in getting the coronavirus pandemic under control in the United States.Several states have seen an uptick in cases even as millions of Americans are vaccinated each day, which can be attributed...
Read more

Super Smash Bros. Ultimate's final wave of DLC is coming to a close very soon, putting an end to the craziness of it all.
Read more

Here’s an early look at all the devices Samsung...

The event that Samsung is reportedly holding on August 11 is looking like it'll be a packed one.
Read more

Adam Peaty: I’m going to be very uncomfortable on...

The Olympic champion is the latest to be announced for the show.
Read more

"Moms were worried about what to feed their kids for dinner." Meet the Fukushima mothers who run a lab to monitor radiation in food, soil and water after the March 11 nuclear disaster in Japan https://bloom.bg/3kWsKsu (Source: Quicktake)
Read more

A union that represents about 60,000 behind-the-scenes workers in film and television reached a tentative deal with producers on Saturday, averting a strike that threatened to cause widespread disruption in Hollywood, negotiators said.
Read more

The CEO of FedEx said on Sunday the transport company will be able to meet holiday demand "assuming that we can get the employees," as a number of industries continue to grapple with decreased workforces because of ...
Read more

Haiti’s quake victims have no place to go after...

More than a week after Haiti's devastating 7.2-magnitude earthquake, a dilemma has emerged for the region’s limited health care services: how to turn over hospital beds when discharged patients have no place to go
Read more

The fast food chain has warned customers menus will be missing items as a result of the supply problems.
Read more

Biden administration invites Taiwan to its ‘Summit for Democracy’

The Biden administration has invited Taiwan to its "Summit for Democracy" next month, according to a list of participants published on Tuesday, a move likely to infuriate China, which views the democratically governed island as its territory.
Read more

Roma defender Chris Smalling and his family were victims of an armed robbery at their home in the early hours of Friday.
Read more

India to investigate disputed raid that killed 4 in...

The Statue of Liberty, which has stood astride New York Harbor since 1886, welcomed another gift from France this week: a nine-foot replica, crafted from French sculptor Frédéric-Auguste Bartholdi's original plaster model.
Read more

Drake's "Certified Lover Boy" has been streamed millions and millions of times since it was released on Friday, and the rapper's new album is also inspiring an almost as impressive number of memes poking fun at its artwork.
Read more

Gaming Gear Maker Gigabyte Dives After Mocking ‘Made in...

Gigabyte Technology Co. has become the latest international business to face a boycott in China after its comments about shoddy Chinese-made goods prompted an online furor and its removal from e-commerce sites.
Read more

Whale of a time: NYC offers walk-up vaccinations for...

A “colorblind” message defined the Democrats’ approach to economic issues for decades. Those days may be over, says Heather McGhee.
Read more

Tesla Inc.’s growth in China slowed precipitously last month, adding to the company’s headaches after an embarrassing protest at the Shanghai Auto Show and a run of accidents involving its electric cars.
Read more

Nevada’s COVID positivity rate has more than doubled in...

Nevada's two week COVID-19 positivity rate has more than doubled in the past month to 8.2 percent, according to state data, and new cases are increasing at a rapid pace.The rate, which exceeded 8 perce...
Read more

Every time I place Communion in someone's hand or tongue, it is an act of faith -- on my part and on that of the communicant. I say the words, "the body of Christ," to which the response is "Amen," meaning "it is true" or "let it be so" -- not always said wit…
Read more

Over 6,000 pieces, four rare minifigures and 8 movies of memories, all for £50 off in the Black Friday sales.
Read more

Hurricane Ida knocks out power to entire city of...

Hurricane Ida knocked out power to the entire city of New Orleans, hours after blasting ashore as one of the most powerful storms to ever hit the U.S., New Orleans government officials said.
Read more