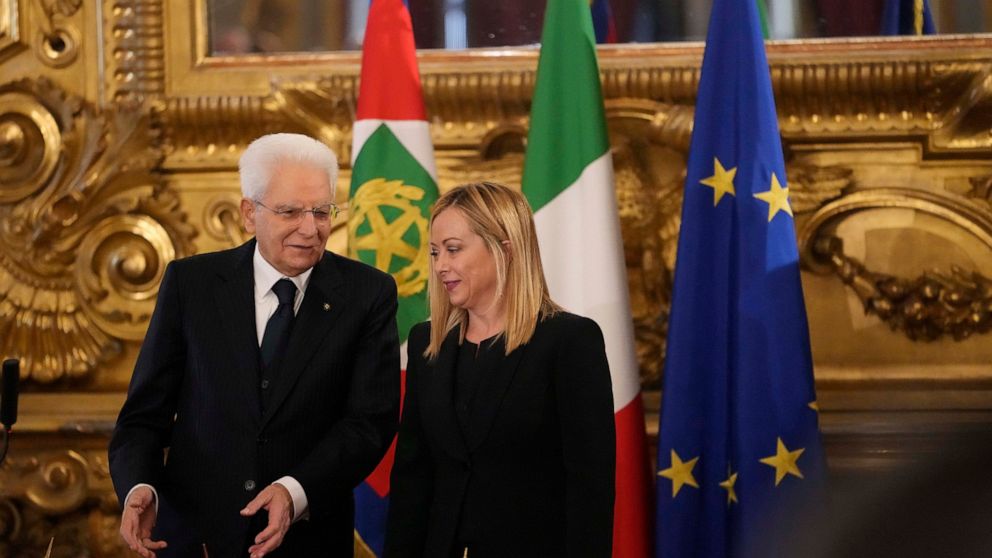 ROME — Giorgia Meloni, whose political party has neo-fascist roots, was sworn in on Saturday as Italys first far-right premier.

Meloni, 45, took the oath of office before the Italian president at the presidential palace, becoming also the first woman to be the nations premier.

Her Brothers of Italy party was the top vote-getter in last months national election. Meloni announced her Cabinet on Friday evening. Her coalition allies include the right-wing League of Matteo Salvini and the conservative Forza Italia party headed by former Premier Silvio Berlusconi.

Watch Asteroid Having ‘Very Close’ Encounter With Earth in...

The Morning After: The Odin is a capable, portable...

Beyond Meat revenue drops as it cuts prices to...

Norman Reedus says a ‘Death Stranding’ sequel is in...

Cast Members Get a First Look at Disney Wish...

USWNT defeated by England in front of record Wembley...

Wage inequality may be starting to reverse

The Uplift: An elf in Boston

How will Justin Herbert’s rib injury impact his status...

Scotland v England: What does Gregor Townsend’s side need...

Netflix will have to face ‘Queens Gambit’ defamation suit,...

U.S. says it wants to test Chinese travelers to...

University of Huddersfield: Calls to end links with Bahraini...

What to know about getting a refund for a...

What Polls Say About Newsom vs. DeSantis in Hypothetical...

Ian strengthens into a hurricane in the Caribbean, is...

What is Wordle? Rules, strategy and everything you need...

A feared Iranian militia is leading the crackdown on protesters. Who are...