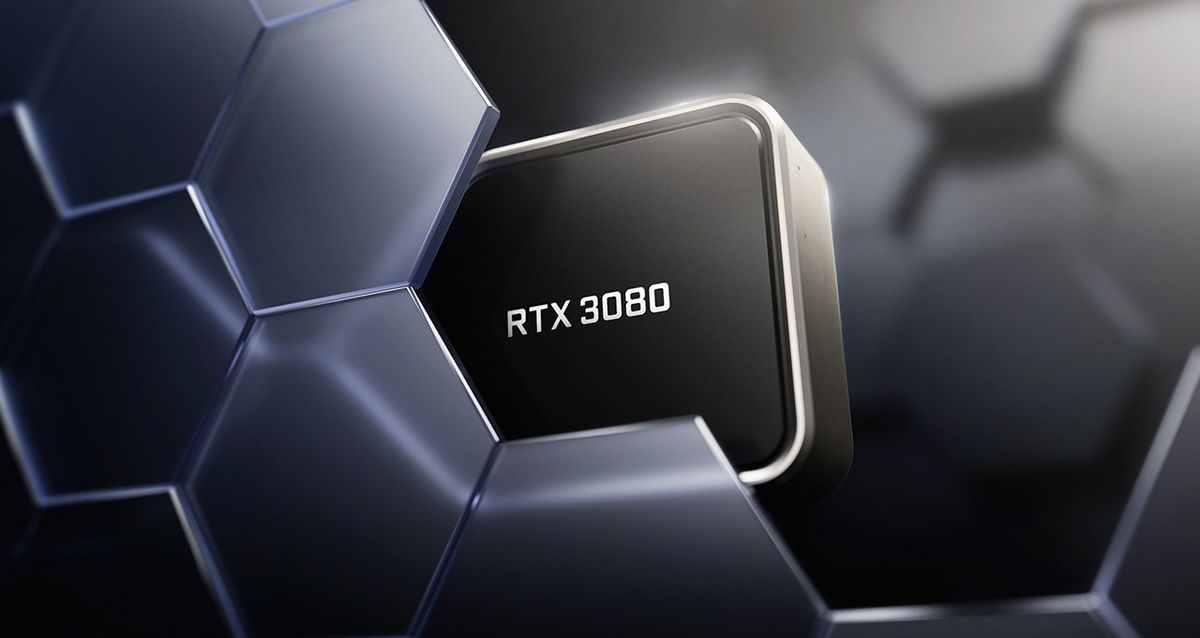 Nvidia GeForce Now, the monthly subscription-based service that offers cloud streaming for PC and Android gaming as well as over 1,000 free titles, will be adding a new rung to its membership ladder — a GeForce RTX 3080 tier.

The GeForce RTX 3080 tier grants brand new servers to those who subscribe to it, which will stream games at a much lower latency with faster frame rates and higher resolutions.

Founders and Priority members in North America and Western Europe will have early access to this tier starting today, with a six-month membership priced at $99.99. Founders can make the upgrade while keeping their status and receive a discount. All other members will have access to the new tier starting next week.

It’s clear that Nvidia is upgrading its streaming capabilities big time. The enhancements are possible due to the GeForce Now SuperPods, which is a massively powerful gaming supercomputer. The SuperPods use GPUs built on the Nvidia Ampere architecture with 39,200 TFLOPS, 11,477,760 CUDA cores, and 8,960 CPU cores.

Thanks to SuperPods, the streaming specs for the GeForce RTX 3080 tier are 1440p on PC and Mac, 4K HDR on Nvidia Shield, and up to 120 FPS with the PC, Mac, and Android apps. It’s also paired with new Adaptive Sync technology, as well as in-game settings with RTX ON and DLSS for supported games.

It seems that this technological leap isn’t only for the current massive catalog of PC titles, as either later today or tomorrow the official blog will reveal a new list of titles. One of them being the Amazon Games’ exclusive MMO New World.

Considering all the headaches that New World has been giving physical Nvidia GPUs, it would make sense for the company to offer a cloud streaming tier that can easily handle the game without the drawbacks of damaging a graphics card due to massive overheating.

President Biden on Wednesday touted a new effort by his administration to boost American-made products in remarks at a factory in the battleground state of Pennsylvania.Biden highlighted his push to support U.S. co...
Read more

Covid: Many NHS staff not routinely tested amid second...

Plans were announced for regular testing in December, but some hospitals did not start until March.
Read more

The delta variant of coronavirus is a big challenge for New Zealand’s elimination strategy and could force the government to rethink the way it responds to an outbreak, Covid-19 Response Minister Chris Hipkins said.
Read more

Senate Majority Leader Charles Schumer (D-N.Y.) on Tuesday urged the Biden administration to stop its deportation of Haitian immigrants along the U.S.-Mexico border, arguing that the decision to return them to Port-au-Pri...
Read more

McCaul pressures State to formalize ties to outside evacuation...

Nikole Hannah-Jones, creator of The New York Times' controversial 1619 Project, said she will not return as a faculty member at the University of North Carolina at Chapel Hill unless she's guaranteed tenure.
Read more

Faculty leaders at Iowa State press board to allow...

Faculty leaders at Iowa State University this week met with the Iowa Board of Regents in hopes of convincing it to allow masks to be required in university classrooms.According to the ...
Read more

Iran’s President Hassan Rouhani said world powers have accepted that major sanctions on his country -- including those affecting oil, banking and shipping -- will be lifted, triggering a drop in crude prices.
Read more

Carl Whalley, who died in Clayton-le-Woods on Friday, was "the centre of our world", his family says.
Read more

Freedom from court could be imminent for Britney Spears

Enthusiasm for the Beijing 2022 Winter Olympics is building in China, with people clamoring for spots as volunteer workers -- even as restrictions tighten amid an ongoing Covid-19 outbreak.
Read more

WATCH: 2 men rescued from top of truck amid...

Two men were stranded on the top of a truck in dangerous flash floods that inundated parts of Arizona.
Read more

One health board has vaccinated a higher proportion of 18 to 29-year-olds than those in their 30s.
Read more

USPS: How Long Will Biden Keep DeJoy as Postmaster...

The president hasn’t delivered his own vision for reinventing the enormous agency.
Read more

As school districts across the country rush to reopen schools, national and state polling suggests parents of color are more wary of reopening than white parents
Read more

Sexism: Can my employer make me wear make-up and...

Many workers still deal with sexism because of the clothing they have to wear, unions say.
Read more

The 2021 MacArthur Fellows were announced on Tuesday, giving 25 professionals $625,000 to continue with their individual projects, ranging from poetry, virology tracking and the racial intersections in public health....
Read more

The owners’ and directors’ test: What can you remember...

Newcastle are now under new ownership, so what can you remember about these high-profile club takeovers?
Read more

Exciting plans are in the works to bring two new specialty retailers – Lovepop and Pelé Soccer – to Downtown Disney District at the Disneyland Resort! These are two great stores that guests love to visit at Disney Springs at Walt Disney World Resort, and here…
Read more

President Joe Biden announced on Monday that the U.S. will share millions of doses of vaccines as they become available with the rest of the world.
Read more

Family of California man who died in police custody...

The family of a California man who died in police custody filed a claim against the city of Alameda accusing officers of using excessive force when they pinned Mario Gonzalez to the ground for five minutes.
Read more

There are signs Gov. Gavin Newsom hasn’t locked in a once reliable and fast-growing Democratic voting bloc.
Read more

Nick Knowles to return to DIY SOS role despite...

But the host will miss a Children in Need special because the Shreddies advert will still be on TV.
Read more

Alec Baldwin returns to Twitter with political jab after...

Alec Baldwin returned to somewhat normal Twitter behavior this week for the first time since an on-set shooting incident he was involved in left cinematographer Halyna Hutchins dead.
Read more

Former Kansas City Chiefs assistant coach Britt Reid pleaded not guilty Monday to critically injuring a young girl in a crash, but the judge allowed him to resume driving with restrictions.
Read more

Professional Gorka Márquez responds to reports that some pro dancers are refusing to be vaccinated.
Read more

Illinois cop killed self, had been embezzling money, authorities...

A 14-year-old and a 16-year-old are due in court following Dea-John Reid's death.
Read more

At MWC 2021, Samsung mentioned that the S-Pen will be supported on more flagship devices in the future, hinting at the Galaxy Z Fold 3.
Read more

Thanks to President Biden, infrastructure is bipartisan again —...

That’s what legislating is supposed to look like: you study the problem, put forth solutions you believe in, fight for your values in tough negotiations, but ultimately come to a compromise that might not have everything you wanted but will ultimately make Am…
Read more

The student had not been seen by his family since 22 March, when he left their home in west London.
Read more

Can You Recycle a Hard Drive? Google Is Trying...

Rare-earth magnet recycling could reduce the need to mine for more resources, leading to more sustainable data centers.
Read more

Weary of mounting accusations of financial misconduct against Prime Minister Andrej Babis, Czech voters could oust the billionaire businessman from power in the two-day parliamentary election that starts on Friday.
Read more

An eighth noose has found at an Amazon construction...

After yet another apparent noose was discovered at the construction site of an Amazon fulfillment center in Windsor, Connecticut on Wednesday, local NAACP officials and town leaders voiced their outrage with Amazon and law enforcement authorities for not taki…
Read more

For 2nd straight month, Americans quit jobs at a...

The Associated Press is calling on Florida Gov. Ron DeSantis to end “harassing behavior” by one of his press aides against an AP reporter who received threats and other online abuse
Read more

Boeing Co. signaled that Chief Executive Officer Dave Calhoun will be around for the long haul to guide the planemaker back from one of the toughest stretches in its century-long history.
Read more

Bentley Goes Its Own Way With New Hybrid as...

"Shark Tank" star Barbara Corcoran faced a backlash for her joke made at Whoopi Goldberg's expense during an appearance on "The View."
Read more

A United Nations panel says at least 18,000 Yemeni civilians have been killed or wounded by airstrikes since the country’s war escalated in 2015
Read more

Sea change: global freight sails out of the digital...

If suppliers in China fail to pick up freight containers to fill an order for MediaShop, Marcel Schneider gets an alert via a digital freight system, allowing the retailer to reach out and fix the problem swiftly.
Read more

Protests in Minnesota over police shooting; Prince died in 2016 without leaving a will.
Read more

President Biden wants to kill off ransomware for good

TikTok star pleads not guilty to killing wife and...

Prosecutors said Ali Abulaban installed a listening device on his daughter's iPad, and when he heard his wife and another man talking, he went to her apartment and shot them to death.
Read more

ITS CRUNCH TIME Beacon Hill has a full legislative plate ahead of Thanksgiving, with lawmakers racing to wrap up a massive spending bill....
Read more

Optimism peaks for holiday weekend as half of US...

The U.S. is entering Memorial Day weekend this year with a drastically different outlook compared to last year, as officials and experts express a sense of optimism after millions of Americans have been vaccinated against...
Read more

This is the cheapest Black Friday Huawei MateBook D15...

Grab this incredible Huawei laptop deal before it's gone, with £250 knocked off the asking price.
Read more

They’ve officially been available for less than a week, but Amazon Australia and The Good Guys have already discounted Apple's new M1 Pro and M1 Max-equipped MacBooks.
Read more

Covid: Travellers from Wales can soon use private PCR...

Foreign travellers from Wales will be able to use private PCR tests from 21 September.
Read more

Rouhani says Iran ‘did not tell part of the...

Outgoing Iranian President Hassan Rouhani acknowledged in an address on Saturday that the government in Tehran "did not tell part of the truth" at times during his eight years in office....
Read more

Covid has South Africa by the throat. How I...

South African journalist Raymond Joseph shares his experience of being infected six weeks after being vaccinated and how the shot may have saved his life in a country where the health services are buckling, vaccine access is limited and the population is in s…
Read more

The federal moratorium on evictions ends this week, putting many renters in jeopardy. Janet Shamlian spoke with a single mother who is one of thousands in Nevada waiting for federal assistance.
Read more