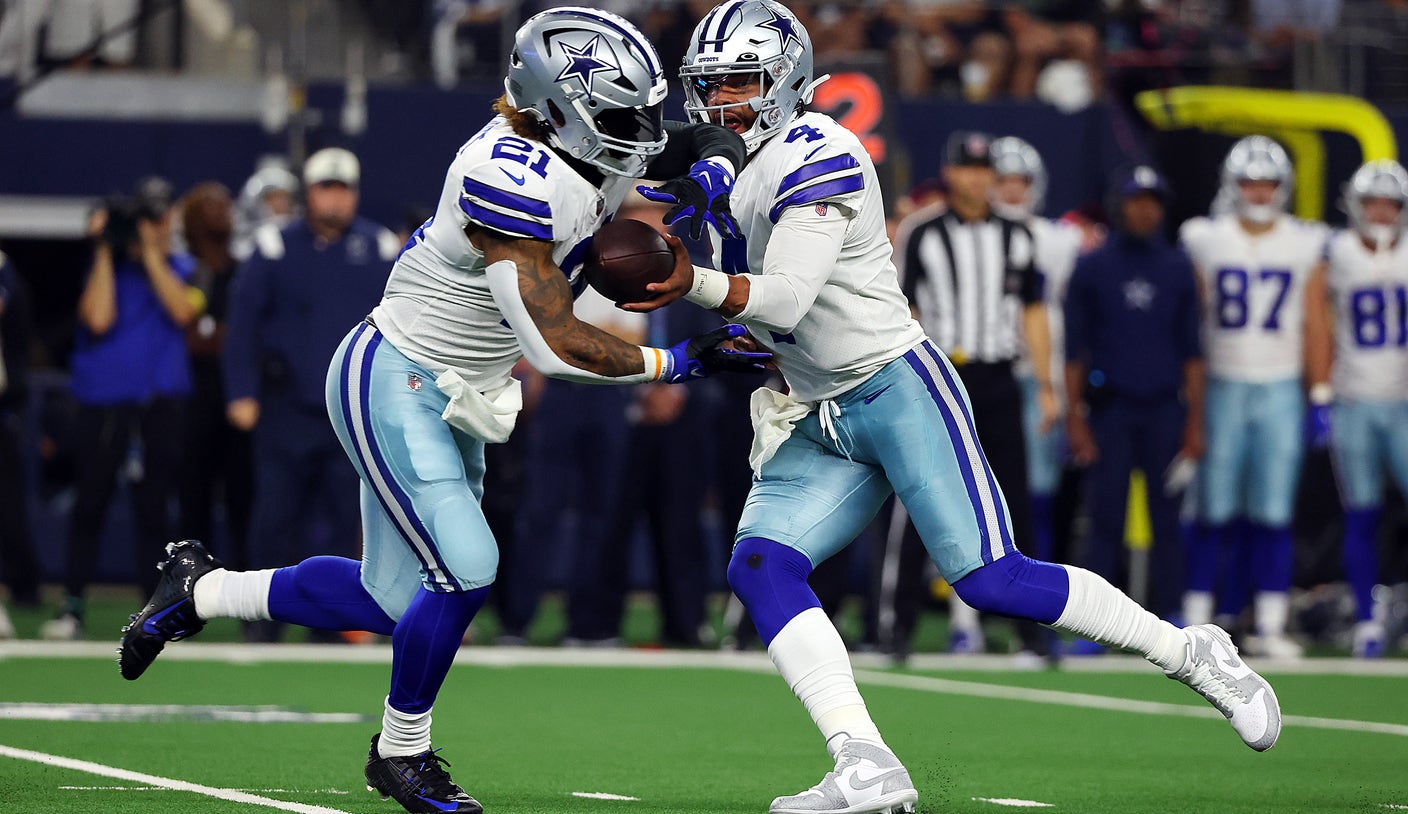 Dak Prescott will make his triumphant return to Dallas on Sunday afternoon, and just in the nick of time for the Cowboys. They were slapped back into reality last Sunday night by the Philadelphia Eagles, who are threatening to run away from them in the NFC East.

Cooper Rush admirably kept the Cowboys (4-2) afloat in Prescott’s absence.  The hope in Dallas is that Prescott’s return will spark a surge and carry the Boys the rest of the way.

But it’s going to take a little more than a healthy Prescott to keep them in contention in the NFC East.

What was most impressive about Rush’s 4-1 run as the substitute starting quarterback wasn’t his performance. He was good, but far from great. He did not carry their offense. The best thing he did was not throw an interception until his meltdown against the Eagles. In other words, he just didn’t get in the way.

But they’ll need more than that to keep pace with an Eagles team that looks increasingly deep and dominant. Yes, they’ll need better quarterback play from Prescott and they’ll surely get it. But they’ll need running back Ezekiel Elliott (94 carries, 306 yards, two touchdowns), who doesn’t have a 100-yard game yet, to rediscover his old form. They’ll need receiver CeeDee Lamb (33-409-2) to start looking and playing like a No. 1 receiver.

Basically, they need their big players to start making big plays. If they do, then maybe Lamb was right a few weeks ago when he said “sky’s the limit” with this offense. In fact, he even promised that “when we get (Prescott) back, we’re going to show everybody.”

They’ll have to show it quickly, before the division race gets out of hand. When the Eagles (6-0) come off their bye week, they have a four-week stretch against the Steelers (2-4), Texans (1-3-1), Commanders (2-4) and Colts (3-2-1). They have a chance to put some real distance between themselves and the Cowboys before they even get to the stretch, if Dallas doesn’t keep pace.

The good thing for the Cowboys, as Prescott returns, is that in his absence everyone seemed to elevate the play of everyone around the quarterback. Their defense was sensational especially with a pass rush that produced a league-best 24 sacks (22 in five games since Prescott went down). That’s what really powered their winning streak.

But the offense around Rush did its part, too. The young line was surprisingly good Rush was sacked just five times in five starts, after getting sacked twice in the five minutes he played in the opener. And they revived their rushing attack, at least on the road where the 1-2 punch of Elliott and Tony Pollard have averaged 155.7 yards over the last three games away from home.

All of that was really remarkable considering the way the Cowboys opened their season a 19-3 loss at home against the Buccaneers, in which their offense looked as bad as it had in years.

Prescott can’t win if the group around him plays like that. He was under siege from his offensive line that night. His receivers dropped passes and couldn’t get open. His running backs, when there was room, showed no burst. They looked that night like they might have one of the worst offenses in football.

But they’re a different team now. Receiver Michael Gallup is back in the lineup after his ACL tear late last season. Rookie left tackle Tyler Smith has generally improved his play, including in a difficult start against the Eagles in which he didn’t give up a sack. They’ve even found new weapons, like third receiver Noah Brown (20-289) and they’ve got solid play from tight ends Peyton Hendershot and Jake Ferguson, which will help especially when Dalton Schultz (knee) returns. The young players, as Prescott said, got “great reps, great experience”.

They’ll just need more than continued growth. Elliott finally looked a little like his old self in his 13-carry, 81-yard performance against the Eagles. It was the first time the Cowboys showed they had a running game that could really grind an opponent out.  They need him to be the engine of their offense. Pollard is a nice counterpunch, but keep in mind he has two long runs of 57 and 46 yards this season. On his other 53 carries he’s gained just 189 yards

And they’ll need Lamb to become more of the big-play player that No. 1 receivers are supposed to be. His numbers are fine 33 catches, 409 yards, 2 touchdownsand put him on pace for a strong season. But he has just five catches of 20 yards or longer this season. And that’s not all on Rush, either. Lamb is averaging just 5.4 yards after the catch, according to Pro Football Focus, which is 93rd among receivers with at least 10 targets through the first six games.

Maybe Prescott can be the spark that gets the Cowboys’ best playmakers going. Because if Elliott can provide the thunder on the ground and Lamb can bring the lightning through the air, then the Cowboys just might be good enough to keep pace with Philadelphia at least long enough to make their Christmas Eve game in Dallas the real showdown they’re hoping it will be.

They’ve shown they have enough talent on the roster to do that. Prescott could really be their missing piece.

But the last five weeks surely showed them that even Prescott won’t be able to do it alone.

Uvalde children return to school after 21 students and...

Russia tries to press its offensive into Ukraine’s east

Woman who accused Matt Araiza of rape speaks out

NFL: Russell Wilson booed as he returns to Seattle...

Is this the year NASCAR has more winners than...

Pure, honest, and minimal: Meet the trio behind Chris...

Dan Bongino: The Pelosis, Bidens and Obamas never have...

‘Don’t Think This is Legal’: Employee Backed for Questioning...

Russia attends G20 meeting set to be dominated by...

Lapsus$ hackers are “back from vacation” as Globant hit

Your Saturday Briefing: Shopping and Soccer

Volodymyr Zelensky on War, Technology, and the Future of...

The Last of Us Part 1 remake will use...

Amazon Fire TV is coming to more cars in...

Polls open as Italians vote in general election that...

Today’s your last chance to vote for roundtable topics...