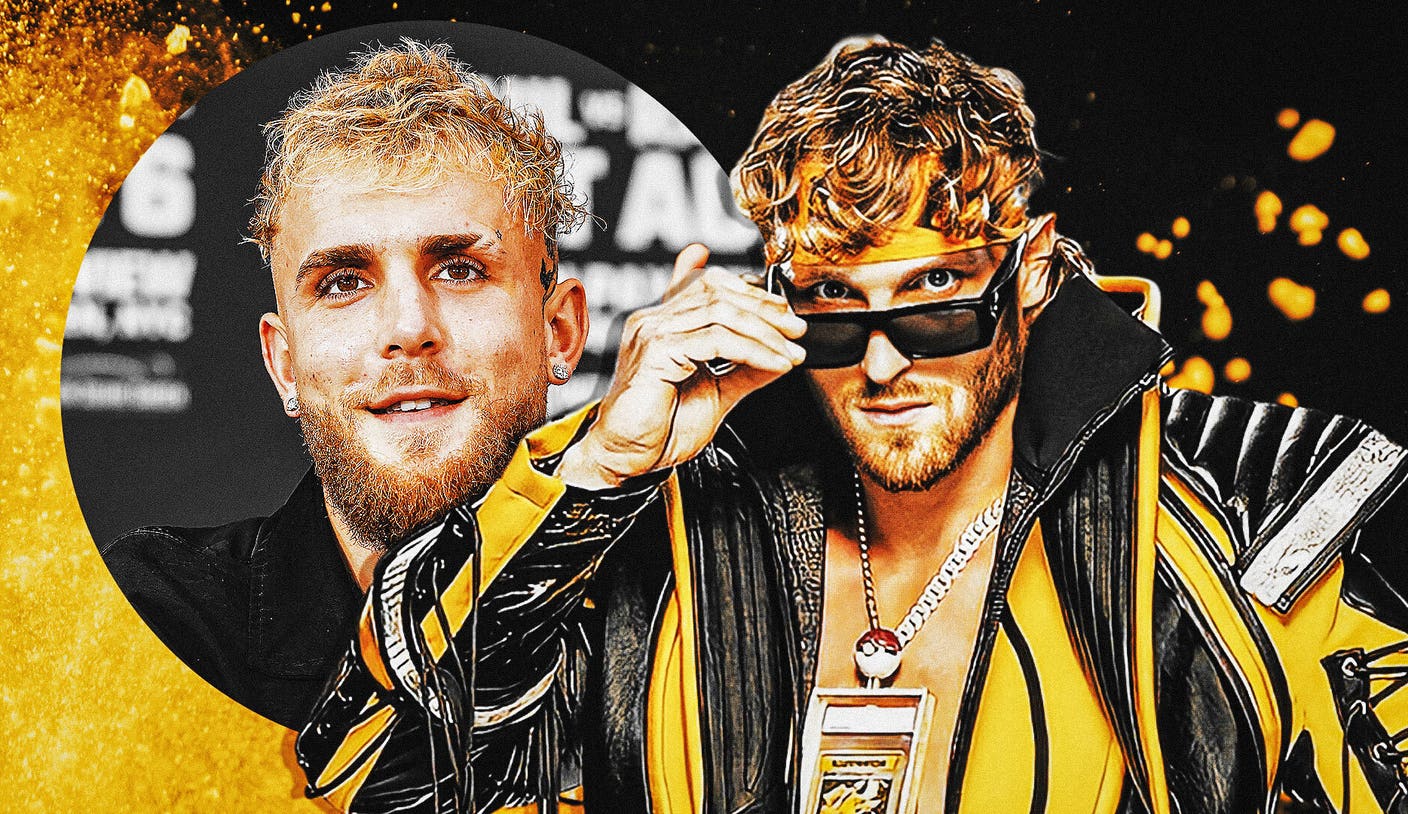 Logan Paul and Jake Paul currently take part in two different combat sports one in WWE and the other in boxing but Logan believes its only a matter of time before his brother joins him.

On Nov. 5 in Riyadh, Saudi Arabia, Logan Paul is set to challenge Roman Reigns for the Undisputed Universal Championship.

This will be Logans third professional wrestling match, but only his second in singles competition.

In anticipation of the match, Logan spoke with FOX Sports about a variety of topics, including what made him want to become a WWE superstar.

“I look at my life and there are certain things that Ive done that somehow have created the perfect cocktail for me doing wrestling,” he explained. “I love doing stunts, I love putting on shows, I love being physical in front of a big crowd, and WWE is all of that. Its really hard, too! Its one of the hardest things Ive ever done. So, adding the competitive factor, and the fact that I like taking on challenges, here we are! Turns out I found another thing that I love, that Im gonna attack as hard as I can.”

That includes training with respected veteran Shane Helms and Drew Gulak in a ring WWE sent to his home in Puerto Rico.

Like most celebrities whove attempted to step inside a wrestling ring, Logan Paul quickly learned the bumps and bruises are very real.

“Your well-being takes a complete backseat to the entertainment of the fans,” Logan Paul said of the experience up to this point. “But thats what Ive been doing my whole life, man. My mental well-being, my physical well-being. I dont care. Im putting on a show, and youre going to be entertained regardless.”

As for his brother Jake, who is set to fight MMA legend Anderson Silva at the end of the month, Logan believes the two will eventually team up together in WWE.

“Truthfully, I think its inevitable,” he said of joining his brother in WWE. “Im biased, but I think what were doing is incredibly exciting.”

“I often try to separate me as the entertainer and me as a consumer,” Logan Paul said. “If I were watching two brothers take over and I use that word intentionally take over two highly-entertaining sports, boxing and wrestling, in a way that has never been done before, my curiosity would be piqued.”

Silva will be the third UFC alumni Paul has faced off against, but this time, his opponent actually has a winning boxing record (3-1, 2 KOs), making this his toughest opponent to date.

“Hes fighting Anderson Silva, one of the greatest combat sports fighters of all time one week before I take on The Tribal Chief,’ the face of WWE, for the title in Saudi Arabia at Crown Jewel,” Paul stated with pride. “Its never happened before. You cant duplicate this. History is unfolding in front of your eyes live.”

Afghanistan: More than 20 dead and injured in two...

Elon Musk says Starlink has been approved in Nigeria...

Inside the US scramble to run down the facts...

Authorities: Man who killed his three children in Sacramento...

Leaked dossier suggests Scottish ferry deal may have been...

Netflix is not yet considering live sports — but...

Hyundai and Kia Raided by Prosecutors in German Diesel...

PM Update: Ever so slightly less hot tomorrow but...

He took his school to the Supreme Court in...

‘A force of nature’: Friends, co-stars and fans pay...

Ipswich win at Exeter to keep pressure on at...

Veolia Wraps Up Suez Acquisition With UK Deal: The...

The New York Times drops the word ‘fetus’ from...

Blue Bloods reign at Champions Classic: Takeaways from a...

Apple’s second-generation AirPods are back on sale for $90