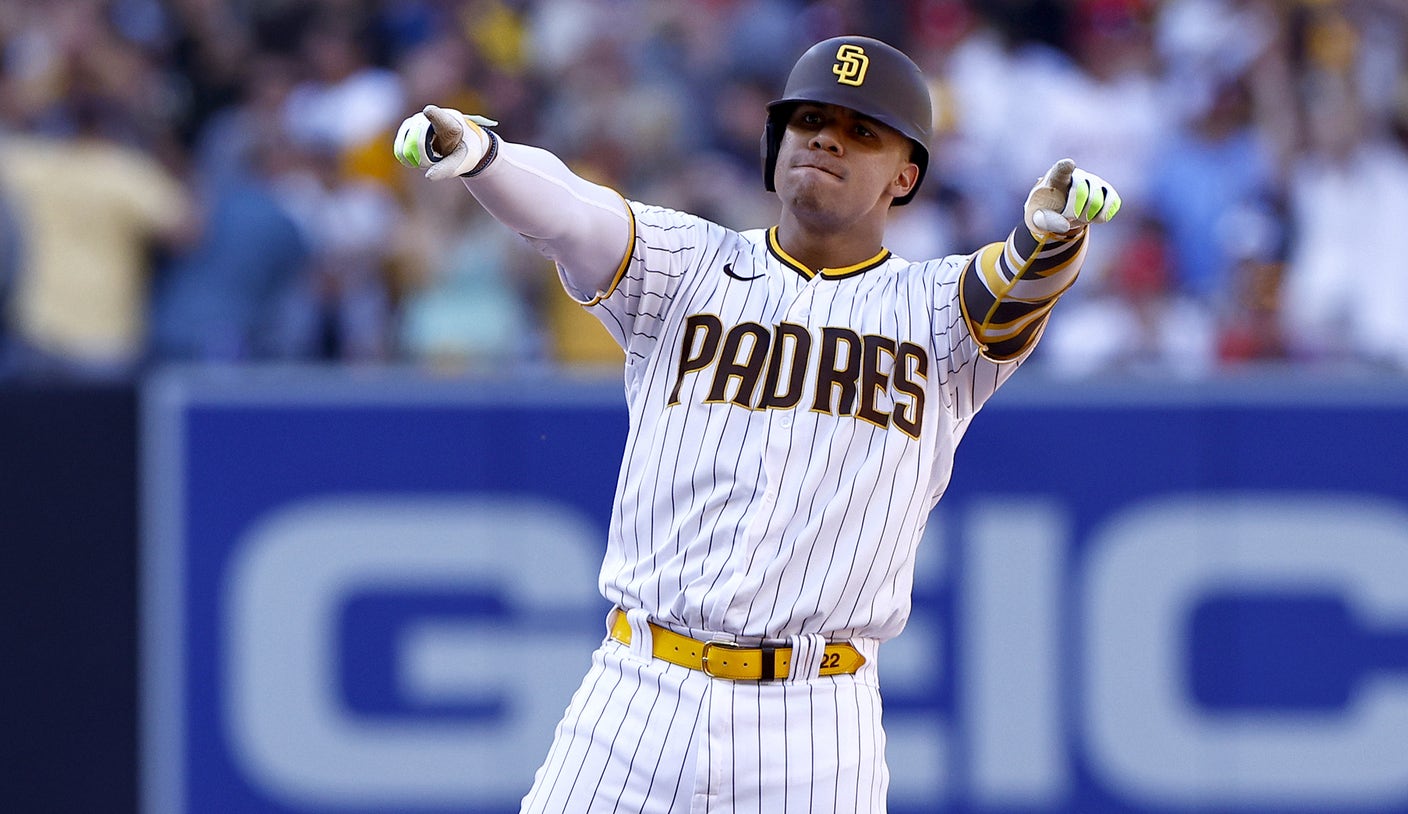 SAN DIEGO This was the moment the San Diego Padres dreamt about back on Aug. 2.

They were the loudest team at MLB’s trade deadline, dealing away a hefty package of prospects to go all-in, acquiring Juan Soto and Josh Bell from the Nationals, Brandon Drury from the Reds and Josh Hader from the Brewers. On Wednesday afternoon, in danger of dropping both home games to start the National League Championship Series, their bats were the loudest, too.

After a plethora of defensive gaffes and a medley of bloop hits aided a four-run second inning for the Phillies, the Padres’ newcomers helped lift them back into the series in an 8-5 Game 2 comeback win.

“I feel like it’s what we had envisioned when we first got traded over here,” Bell said.

Drury and Bell mashed homers on back-to-back pitches off Phillies starter Aaron Nola, who hadn’t allowed two home runs in a game since July 26. The second-inning blasts injected some life into Petco Park and highlighted the importance of the Padres’ acquisitions, even if launch angles and towering home runs weren’t part of Bell’s plan.

Two innings later, in another sudden attack from a Padres offense developing a penchant for quick-strike barrages this postseason, all three position-player deadline acquisitions made an impact. Soto roped a game-tying RBI double. Drury put the Padres ahead for good with a two-run single. Bell provided more insurance with an RBI single during the five-run frame.

“I was letting the ball come to me more, and not being so jumpy at it,” Drury said.

Together, the trio combined for six hits, two homers, a double and six RBIs in the comeback win.

Their work helped set the scene for Hader, who added his fifth straight scoreless outing to start the postseason by striking out the side for the second straight game.

“There’s a lot of expectations thrown at these guys the minute they got over here,” Padres manager Bob Melvin said. “It’s sometimes a little unfair, but here we are, we’re still playing, and these guys are coming up big.”

On the road to the playoffs, a number of obstacles threatened to derail the Padres’ aspirations.

Fernando Tatis Jr., on the cusp of making his season debut, was suspended for 80 games after testing positive for a performance-enhancing drug. Soto had a .205 batting average in his first 37 games in a new uniform. Drury had a down month in August. So did Hader, who allowed 12 runs in his first seven Padres appearances while struggling to find the zone. Bell never got going in the second half, posting a 75 OPS+ in 53 games with San Diego after putting up a 153 OPS+ in 103 games with Washington.

The Padres finished 22 games back of the division-winning Dodgers, scratching and clawing for a final wild-card spot. Things began to turn. Hader didn’t allow a run in any of his last 10 regular-season outings. Drury had an .856 OPS in September and October. Bell began to reach base more frequently. So did Soto, who had a .950 OPS in his final 15 games of the year.

The moves from president of baseball operations A.J. Preller were made with October in mind. In the nick of time, at the most important juncture of the season, it’s all starting to click.

“It feels like magic,” Bell said. “Obviously, I wasn’t playing well for a stretch and was able to turn it around as of late. Same could be said for Soto, he went into a rut there for a couple of weeks and is coming up with huge hits now. Hader is the same thing, couldn’t find the zone there for a bit and now he’s basically unhittable.

“Obviously its a rollercoaster ride of a season, of a game itself, but AJ did an awesome job of putting the pieces in place for us to have success. For us to have success over the last few series, its huge to see it come to fruition. Hopefully, that continues to be the case.” Woman charged with murder in shooting death of college...

No longer willing to work as long as his...

Your unhelpful co-workers may not be selfish — just...

BP Boosts Dividend and Buybacks as Profits Soar: The...

Your Gmail inbox could soon be chock-full of political...

SPACs Are Warning They May Go Bust

What we know about California’s discrimination case against Activision

Kim Kardashian to Promote Beyond Meat as New ‘Chief...

All the Marvel Films and TV Shows Announced for...

US does not believe consulate in Iraq was target...

What the Hong Kong Dollar Peg Is and Why...

Frances Stacy on the Markets (Radio)

Rihanna Fans React to ‘Lift Me Up’ From ‘Black...

What’s at stake for Dak Prescott, Cowboys in Week...

Turkey’s Erdogan says he will no longer talk to...

The Maker of Sam Adams Beer Is Launching a...

Cardi B battles with lawyer in racy mixtape artwork case