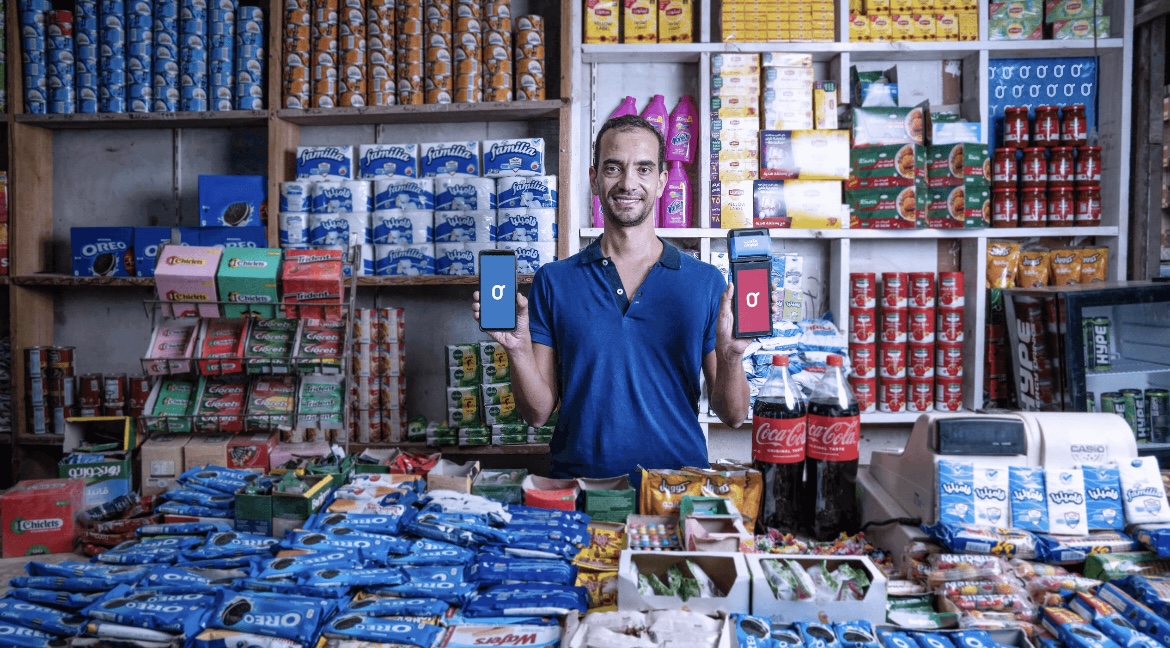 Last year, MaxAB, the food and grocery B2B e-commerce and distribution platform serving a network of traditional retailers across Egypt and Morocco, raised its $55 million Series A in two tranches; the latter accompanied its acquisition of the Morocco-based and YC-backed WaysToCap. The moves signaled MaxABs ambition to dominate Egypts and North Africas B2B retail and e-commerce market, which includes Cartona and the troubled Capiter, other players that have raised significant capital to compete within the past year.

To continue growth due to the rising demand for food and groceries and fuel its expansion across the MENAP region, MaxAB has raised more money, this time a pre-Series A to the tune of $40 million.

Although smaller than last years prized round, CEO Belal El-Megharbel told TechCrunch that the pre-Series A was neither a down round nor a flat round in terms of valuation. He also noted that the company raised new capital, not because it needed the money but because there are many opportunities that we believe we can tap into quicker the more capitalized we are. The asset-heavy MaxAB has raised over $100 million in total.

Small traditional retailers serve as the backbone of the FMCG industry across Africa. For most B2B e-commerce platforms across the continent, groceries are one of the many consumer goods they help retailers source from suppliers. For MaxAB, thats its sweet spot. And since its launch in 2018, MaxAB has connected suppliers with over 150,000 unique traditional retailers in this food and grocery supply chain across Egypt and Casablanca, Morocco, delivering over 2.5 million orders within this timeframe.

MaxABs perspective of going deep rather than wide with its product offerings also extends to how it regards geographical expansion. After scaling its B2B grocery delivery across Egypt for over three years, it intends to utilize its network and relationships with local and multinational suppliers and advance full distribution into Morocco, which now accounts for 10% of MaxABs business, and entry into Saudi Arabia by the end of 2023.

The company estimates that more than 750,000 mom-and-pop businesses require its services in Egypt and Morocco alone. At the same time, Saudi Arabia is appealing due to the governments drive to digitize the informal sector and the FMCGs willingness to explore new business models.

Were trying to offer more services to the grocery stores since they are the foundation of the economy we operate in before jumping into these other supply chains. Think about Amazon; they kept selling books for eight years before adding another category. And thats the school of thought we like to go with, said the CEO who founded MaxAB with Mohamed Ben Halim. In Egypt, we focused on launching the grocery supply chain and well use the learnings that have come from that to launch across multiple markets. Its easier to launch the grocery supply chain in various markets than launch, for example, electronics in our core market because its just a completely different business model that we have to relearn from scratch.

Another growth stream for MaxAB is the fintech business launched last year, which leverages its large pool of merchants and operational capacity to carry out cash collections. And its entry approach to offering financial services differs from the competition; it launched a bill aggregation product — which has grown 5x in transaction value since the start of the year — rather than a BNPL product that many B2B e-commerce platforms introduce to merchants first.

It didnt take long for MaxAB to delve into the popular B2B fintech category, though; last month, the platform launched a working capital product to its merchant base. However, like Wasoko, another B2B e-commerce platform based in sub-Saharan Africa, MaxAB opted not to raise debt financing to scale that part of its operations. According to El-Megharbel, who was an ex-general manager at Careem, MaxAB currently gets a lot of supplier credit that helps it finance the working capital without raising debt, at least for now. And because the buy now, pay later product is still early, we can still do some financing with equity without having to pay for debt that we wont be utilizing in the short term, the CEO added.

Were always proud of our ability to attract top-tier investors to the region. Historically, since our seed round, weve always had at least one VC that has invested in Egypt, North Africa or Africa for the first time, said El-Megharbel on the investment, referencing firms such as 4DX Ventures and Flourish Ventures. They participated in this round alongside other existing investors, Beco Capital and Africa Platform Capital. Is ‘Our Democracy’ Failing Our Country?

A year on, ex-Afghan leader defends role in Taliban...

The Morning After: Trying out the Meta Quest Pro

Morning Bid: “What a mess” – Reuters

Nothing Ear (stick) will have the price but maybe...

Google’s AI chatbot—sentient and similar to ‘a kid that...

Apple workers in Oklahoma vote to unionize in 2nd...

Enel sticks to guidance as Q1 boosted by new...

Inmate charged with murder of jail official during escape

Imran Khan to Resume Push For Early Elections After...

Biden to note ‘historical significance’ of Jan. 6 at...

Lufthansa cancels over 1000 flights due to ground staff...

Microsoft Word is solving your biggest editing headache at...

Nvidia explains what you need to know about RTX...

Will COP27 be any different to the Glasgow summit?

Weinstein attorney, accuser clash over her memory of assault

A Dream Delivered: The Lost Letters of Hawkins Wilson

Man gets 2 years in prison after racially-motivated threats,...

The foldable iPhone could be incredibly expensive – and land after a...