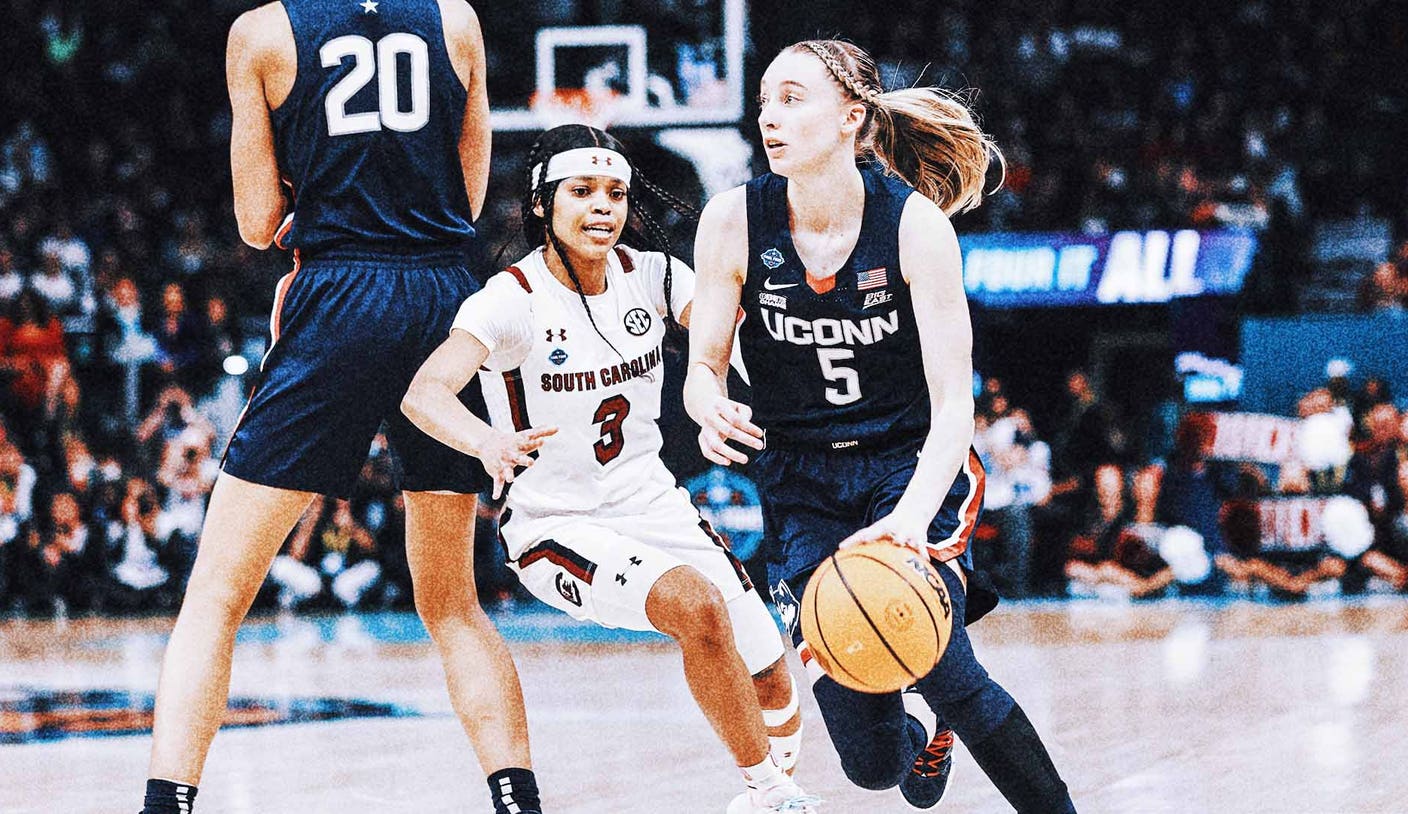 In one of her recent Instagram stories, injured UConn star Paige Bueckers walked into a team photo shoot carrying a whistle and a clipboard and calling herself “Coach P,” much to the amusement of her teammates.

For the former National Player of the Year, who will miss the 2022-23 season with a torn ACL in her left knee, the idea of becoming a student-coach for the year is only half tongue-in-cheek.

“Im head coach,” Bueckers told reporters recently. “Coach let me take his spot. No, Im just kidding. But Im the players coach, Im going to be the one they can talk to, the one thats going to push them, also the one they can rely on when they need support. Im definitely taking that job as a coach but Im not sure which job Im taking.”

The good news for UConn fans is that Bueckers also vowed to return to college next year, rather than declaring, as she could, for the WNBA draft. The junior turns 21 on Thursday and will be 22 in 2023, making her eligible.

“Im not leaving, that is not any question,” Bueckers said. “Im not thinking too far ahead, but I will be playing college basketball again.”

In the meantime, coach Geno Auriemma is happy that Bueckers plans to stay engaged with the sixth-ranked Huskies.

Bueckers missed 19 games last season after suffering a left knee tibia plateau fracture and torn meniscus in early December. She returned to lead the Huskies to the Final Four, where the Huskies lost to South Carolina in the championship game in Minneapolis, 10 miles from her Minnesota hometown.

She finished the season averaging 14.6 points, 4.0 rebounds and 3.9 assists per game, showing how much she means to the team in a 27-point effort against North Carolina State that sent the Huskies to their 14th straight Final Four.

Auriemma has said that to make it 15 in a row and compete for a national title, he will need sophomore Azzi Fudd, a former national high school player of the year, to step into a starring role. He is also expecting big things from junior Nika Muhl, who will take the point guard duties, and 6-foot-5 graduate student Dorka Juhász, who missed the Final Four last year with a broken wrist.

Junior forward Aubrey Griffin is also coming back from a back injury that kept her sidelined all of last year. The Huskies have another top recruiting class coming in, led by 6-3 forward Ice Brady.

Auriemma understands that nobody outside the program is feeling sorry that the Huskies will be without Bueckers this season. Unlike last season, the Huskies have had the offseason to figure out who will be responsible for making up the lost points, assists and rebounds.

“Its good for the players because they have to look around the room and say, OK, our goals cant change, our expectations cant change, but maybe the way we go about it has to change,” Auriemma said.

And while they are certain to miss their best player in Bueckers, her teammates said they also look forward to having “Coach P” on the bench. Disrupt kicks off tomorrow — check out the highlights

War in Ukraine: The making of a new Russian...

The Nuclear Option: An Answer To American Energy Problems

Putin has put himself at the center of Russia’s...

Golf goes to Netflix and it has competition from...

A 3D Printing Renaissance Is Coming for Tabletop Games

Bosses with this increasingly sought-after trait will generate a...

Eliud Kipchoge breaks his own marathon world record in...

One of Toni Morrison’s only short stories is getting...

Messenger’s ‘Split Payments’ feature is rolling out to all...

The Tampa Bay Bandits led by Jordan Ta’amu and...

John Mellencamp plumbs mortality and regret in his new...

Katie Pavlich: How Can We Trust Election Results If...

Vaping may be just as dangerous to vascular health...

Ticketmaster and Live Nation were not supposed to create...

Netflix adds Euphoria and White Lotus star to You...

Usain Bolt Files for Trademarks to Protect His Victory...

The TechCrunch Podcast: Why do people keep giving Adam...

ByteDance probe finds employees gained access to some of...

Michele Tafoya Is Forging Her Own Path

Leaks reveal the One UI 5 software that could...

UK to host 2023 Eurovision after Ukraine ruled too...

Searing UK inflation is driving the pound near a...