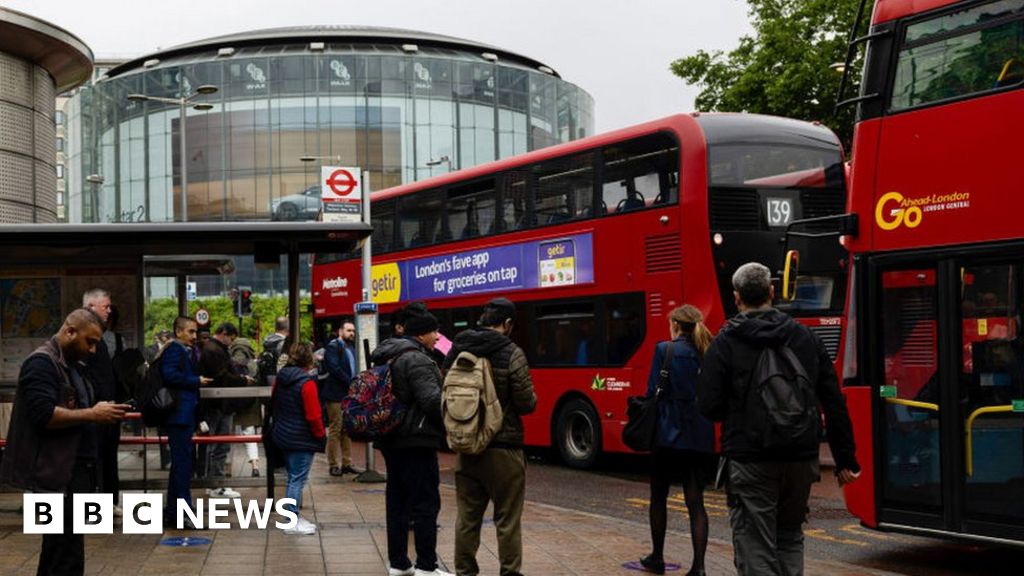 About 3,000 London bus drivers and engineers have secured a 10.5% pay rise, Unite says.

It comes after the union announced it was preparing to ballot members for industrial action.

The agreement with bus operator Go-Ahead will benefit workers who operate routes across south London, and makes its drivers among the best paid in London.

Go-Ahead initially offered a final offer of 9% but this was rejected by members, Unite says, adding management then made another offer of 10.5%, which members accepted.

The company is the largest Transport for London bus operator in London, running 2,300 buses on a quarter of all routes in the capital.

Those covered by the latest agreement work for Go-Ahead London Central, Go-Ahead General and Metrobus based in:

Unite’s general secretary Sharon Graham said it waSs “an important win” for workers, adding they were “fully prepared to face down management”.

She said: “Unite’s commitment to prioritising the jobs, pay and conditions of its members is paying dividends and the pay deal at Go-Ahead is a clear example of the success of this strategy.”

The union is still negotiating pay deals or balloting members employed by other bus operators in London.

A Go-Ahead London spokesperson said: “We are pleased to have recently concluded a pay deal for most of our drivers and engineers.

“The agreement reflects the current cost of living and will make a real difference to our 6,000 frontline colleagues.” Hamilton scores in OT to give Devils 2-1 win...

AMC to Issue Dividend in Form of ‘Ape’ Preferred...

Can ‘cycle syncing’ workouts to your menstrual cycle improve...

In deeply Mormon Utah, a push to require clergy...

China makes a major play in the space race...

Behind the scenes with FOX’s NFL crew: The Philly...

SJW: Darrell Brooks Is A Victim Of Racism

Amtrak engineer cleared in trial over high-speed crash that...

5 Texas DPS officers who were at Uvalde school...

Singapore Sets Sights on Opening to All Vaccinated Travelers

Pro-choice activists descend on DC, vow to be ‘ungovernable’...

Direct-to-Consumer Is Dying. It’s Time for a New Paradigm

Joe Manchin is a Never-Ending Nightmare for the Democratic...

VA performs its first abortion weeks after saying it...

V3 Ventures launches to put €100M into startups in health, beauty and...