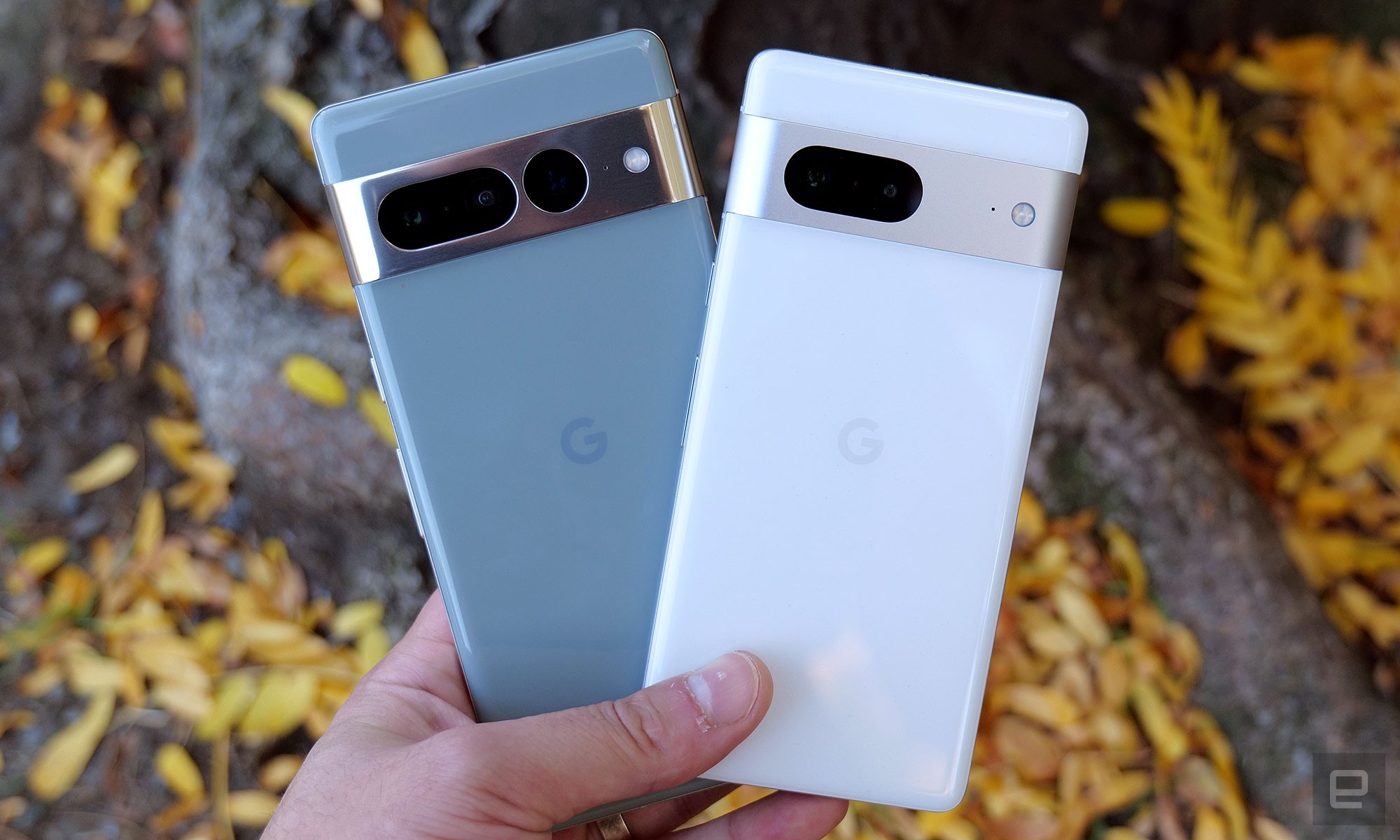 Yes, weve got full reviews of Googles new flagship phones as well as its first smartwatch. The phones fare better than the wearable, but we are on the seventh generation of Pixel smartphones, so thats to be expected.

In addition to new software features and Tensor G2 chip, the Pixel 7 Pro gets a number of extra hardware upgrades compared to the standard Pixel 7. Theres a longer 5x telephoto zoom, and its ultra-wide cam can also take macro shots. The Pixel 7 Pros battery doesnt last quite as long as its smaller, cheaper sibling, but it will easily last a day. But most importantly, priced at $899, the Pixel 7 Pro offers more for your money than most of its rivals.

With the $599 Pixel 7, the specs and hardware havent changed a ton since last years device, but battery life is good, lasting almost 18 hours on our video rundown test. Its also got a nicer matte finish compared to the glossy Pro. Check out our full review of both phones here.

Meanwhile, we have all the big Microsoft news, including early impressions of some new Surface PCs.

The Pixel Watch, well, just feels good. As Engadgets Cherlynn Low puts it, its like a smooth, shiny pebble. As a smartwatch, though? The software is competent, and Fitbits health-tracking integrations are excellent. Unfortunately, the Pixel Watch has a relatively short battery life and a Fitbit Premium paywall barricades many health metrics. But if youre looking for an Android-friendly wearable that feels as premium as Apple, this might be it.

No, you didn’t read that CPU model wrong.

It’s been four years since we got the Surface Studio 2, Microsofts flexible all-in-one PC. Now its time for a, er, mild upgrade. The Surface Studio 2+ is indeed significantly faster than before, thanks to Intel’s 11th-gen CPU and NVIDIA’s RTX 3060 graphics. But we’ve also spent most of this year being impressed by Intel’s terrific 12th-gen hybrid chips, which deliver vastly better performance than 11th-gen CPUs. It’s not called the Surface Studio 3 for a reason, I guess, but prices still start at $4,300.

Can Intel and ARM models live in harmony?

The Surface Pro 9 is pretty much what we expected: a jump up to Intel’s 12th-gen CPUs. But Microsoft surprised us with a huge shakeup for its tablet PCs. There’s also a Surface Pro 9 running a custom SQ3 ARM chip, which includes built-in 5G. Choices! Either way, you’re getting tablet PCs that can easily transform into functional laptops with their keyboard cases.

The SQ3 Arm model also has a few features the Intel version doesn’t, thanks to its neural processor. That includes some real-time enhancements to video chats, like blurring your background. According to Microsoft, it’s possible to bring those features to Intel chips when they have their own neural chips, but unfortunately, those aren’t available in Intel’s current lineup.

But how long until they can play ‘Doom’?

Researchers who grew a brain cell culture in a lab claim they taught the cells to play a version of Pong. Scientists from a biotech startup called Cortical Labs say it’s the first demonstrated example of a “mini-brain” being taught to carry out goal-directed tasks. DishBrain received a strong and consistent feedback signal (effectively a form of stimulus) when the paddle hit the ball and a short, random pulse when it missed. Apparently, after playing Pong for 20 minutes, the culture improved at the game.

Its launching a video doorbell, cameras and smart bulbs.

Roku is expanding beyond home theater setups and into smart home devices. The initial batch of Roku Smart Home products, which it collaborated on with Wyze, includes a smart doorbell, cameras, smart bulbs, smart light strips and smart plugs. The company didn’t reveal specs for the devices in advance, but previous reports suggested they are rebadged versions of Wyze products, including Cam v3, Cam Pan V2 and Bulb Color. You’ll also be able to use the Roku Voice Remote to bring up live camera feeds on your TV. Roku didn’t offer a breakdown of pricing, but said its cameras “start below $27.”

Listen to music (and meetings).

Its always nice to see something beyond what wed expect from Microsoft. Microsoft has unveiled an Audio Dock that, as the name implies, combines a speaker with a laptop hub. The design centers on an omni-directional speakerphone and includes a 60W USB-C connection for charging your computer, two regular USB-C ports, an HDMI 2.0 jack and a single USB-A port. The company is leaning heavily on the Audio Dock’s usefulness for meetings, whether thats from the office or the home office. You’ll find large dedicated buttons for the microphone toggle (handy for working from home) and launching Teams. Because Microsoft.

China’s Xi calls for measures against ‘unhealthy’ development of...

Sam Bankman-Fried gives most detailed explanation yet about FTX’s...

Everyone Wants to Be an Entrepreneur

This Year’s American Wheat Harvest Has Been Awful

Facebook Says its Supercomputer Will Help Build Metaverse, be...

Today in History: November 26, the NHL is founded

This new cybercrime campaign is after your Outlook email...

Why this green burial startup wants to turn people...

Hitting the Books: When the military-industrial complex came to...

Open: This is “Face the Nation,” January 9

Sri Lanka to Ensure Equity Among Creditors in Debt...

BP Faces Pressure From U.K. Government Over Stake in...

No Man’s Sky is coming to the Nintendo Switch

Danny Care out of England training squad as Saracens’...

US will require hot air balloon pilots to pass...

Mali accuses France of `duplicitous acts’ which it denies

Youngkin Says Schools Have No Choice on Trans Student...