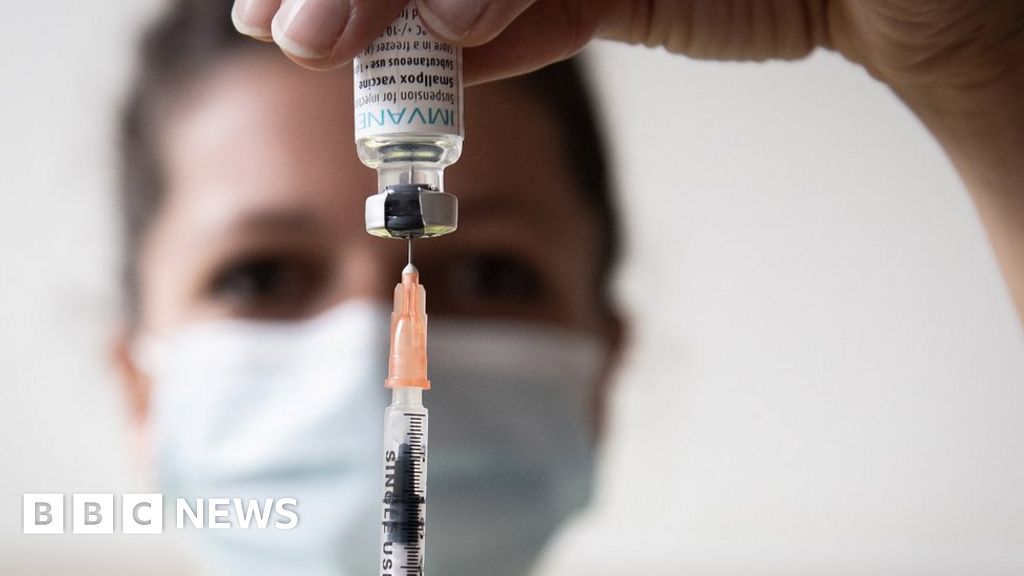 A leading sexual health charity based in London has withdrawn support for the government’s monkeypox strategy, calling it “lacklustre”.

The Terrence Higgins Trust says it has been asking for a campaign targeted at gay and bisexual men for months.

A spokesperson said: “Despite consistently raising our concerns, appropriate action has not been taken.”

The UK Health Security Agency (UKHSA) said it was “not complacent” and stressed cases were low.

The announcement follows numerous instances of vaccination centres having to turn people away due to low, or no, vaccine supplies.

Leading up to 10 October, there were 3,523 confirmed and 150 highly probable monkeypox cases detected in the UK, according to the UKHSA.

However, scientists say in recent weeks there have been fewer than 100 new infections and the situation is looking more positive.

Despite recent progress in battling the spread of the disease, Dominic Edwardes, Director of Communications at Terrence Higgins Trust, believes more needs to be done.

He said: “The overwhelming majority of monkeypox cases continue to be in gay and bisexual men and a sustained, multi-channel campaign targeted at this community is needed to protect this group’s health and prevent monkeypox from becoming endemic in the UK.

“It’s crucial we reach those at high risk who still need to be vaccinated, those needing to access a second dose and those currently managing the risk through changing their sexual behaviour.

“We have raised this consistently for months in the UKHSA’s communications meetings, but appropriate action has still not been taken. We firmly believe that a strongly targeted health campaign is a necessity to stop monkeypox from becoming endemic and that the money must be found to implement it.”

Image caption, The UKHSA released images of the possible different stages of a monkeypox rash

However, Dr Will Morton, UKHSA incident director, said monkeypox cases were low due to “a combination of the vaccine and changes in behaviour, based on information that UKHSA has published.”

He added: “The UK was the first to detect the international outbreak of monkeypox and we purchased 150,000 vaccine doses early to help protect the public.

“With thanks to Terrence Higgins Trust and other LGBT+ and sexual health partners, there is very high awareness of the disease, its symptoms and how to seek help and prevent transmission among those at higher risk.

“We are not complacent and will continue to ensure that everyone has the information they need to stay safe.” UK’s Ofcom says one-third of under-18s lie about their...

North Korea says it tested a Hwasong-12 missile on...

Inside the beauty R&D lab being built in the...

Spotify and Discord are down

Planning for the Impossible – TechCrunch

Opinion | Why Republicans Will Regret Icing Out the...

The ‘hero’ of Jan. 6 should embrace the truth

Bribery could soon be charged as bribery in N.J.

Uvalde Families Confront Mayor: ‘Everybody in This Room Has...

Wells Fargo Is in Talks With US Watchdog to...

Tinder is developing a feature called ‘Swipe Party’ that...

I’d swap AirPods for Nothing Ear (2) earbuds if...

We are 100% behind Finnish, Swedish NATO membership, Norway...

From Washington: Invasion Or Diplomacy

Why Wendy’s founder named his burger empire after his...

Riot Games will donate proceeds from in-game passes to...

What can fans expect at World Cup in Qatar?

Hitting the Books: What life on the internet was...

Post-pandemic reset leads to wave of layoffs in tech

Google is taking reservations to talk to its supposedly-sentient...

Social Security recipients will get the largest cost-of-living-adjustment in 40 years in...
U.S. inflation pressures further intensified in September