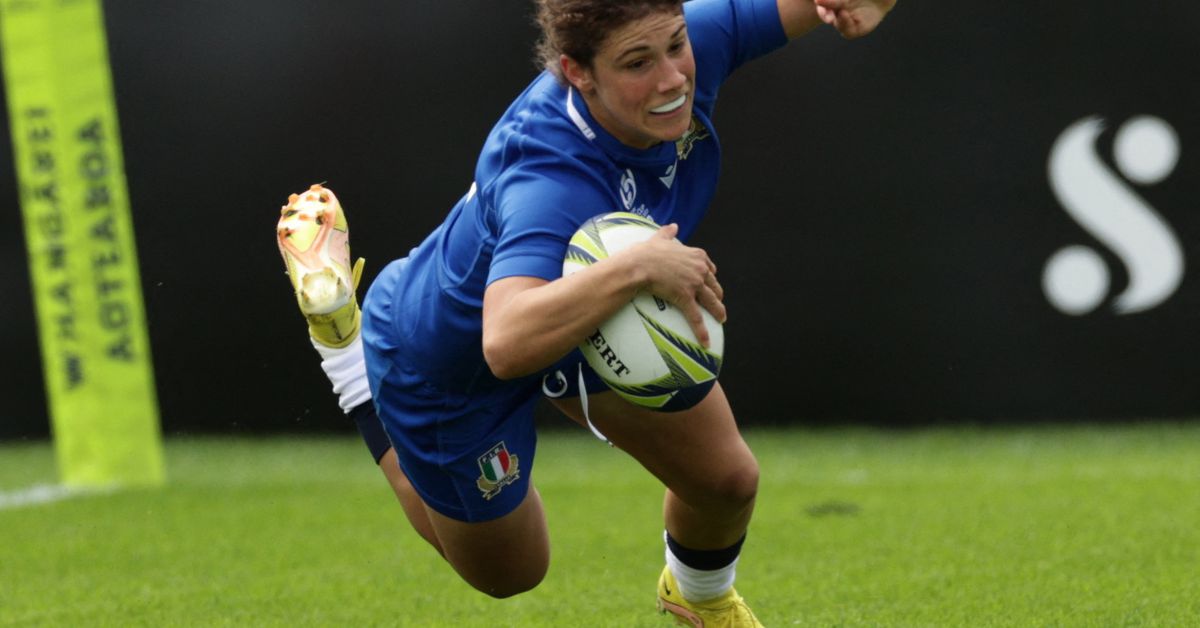 Oct 9 (Reuters) – Aura Muzzo scored a pair of tries as Italy fought back from an early deficit to pick up a bonus point in a 22-10 win over the United States in their opening Pool B clash at the women’s Rugby World Cup on Sunday.

Italy’s pack had been weakened by the early loss to injury of Ilaria Arrighetti and the United States took advantage, outmuscling the Italians in the scrum, and Taufoou’s try gave the Americans the lead.

But for all their dominance, the Americans were unable to add to their first half tally and two minutes before the break Italy took the lead.

Francesca Sgorbini burst through the American defensive line before the ball was eventually moved out to the right for Minuzzi to score in the corner.

Eleven minutes after the restart, Muzzo latched onto Beatrice Rigoni’s drilled to give Italy a 12-5 lead.

Jenny Kronish pulled a try back for the Americans following Minuzzi’s yellow card, but Rigoni provided for Muzzo again in the 63rd minute to restore the Italian advantage.

Magatti then put the seal on the win in emphatic fashion 10 minutes from time with a 40 metre cross-field sprint to score in the corner.

You’ve Been Choosing Your Goals All Wrong

Explainer: Australia floods: why the country is battling weather...

Grandfather visiting from Mexico among the parade shooting victims

IMF head: ‘We were proven wrong’ about inflation

Japan Currency Chief Says All Options on Table for...

Memphis police prepare for unrest ahead of release of...

Tunisian Democracy Is Slipping Away

Suspect captured in killings of 4 people at Oklahoma...

Where is Kecleon in Pokémon Go? We asked Niantic...

DOJ: Maine violates ADA in care of kids with...

Musk vs. Twitter: Judge orders both sides to turn...

What should you read next? Tertulia might hold the...

Dog walker’s killer sentenced to life in prison, no...

Google, Oracle, Microsoft and Amazon will share in the...

OnePlus Nord N300 5G is here but with limitations

Millions of women and children have fled the war...

Not dead yet: hopes for an omnibus

Moonage Daydream: David Bowie taught me how to live...

911 caller says that his girlfriend’s sister killed their...