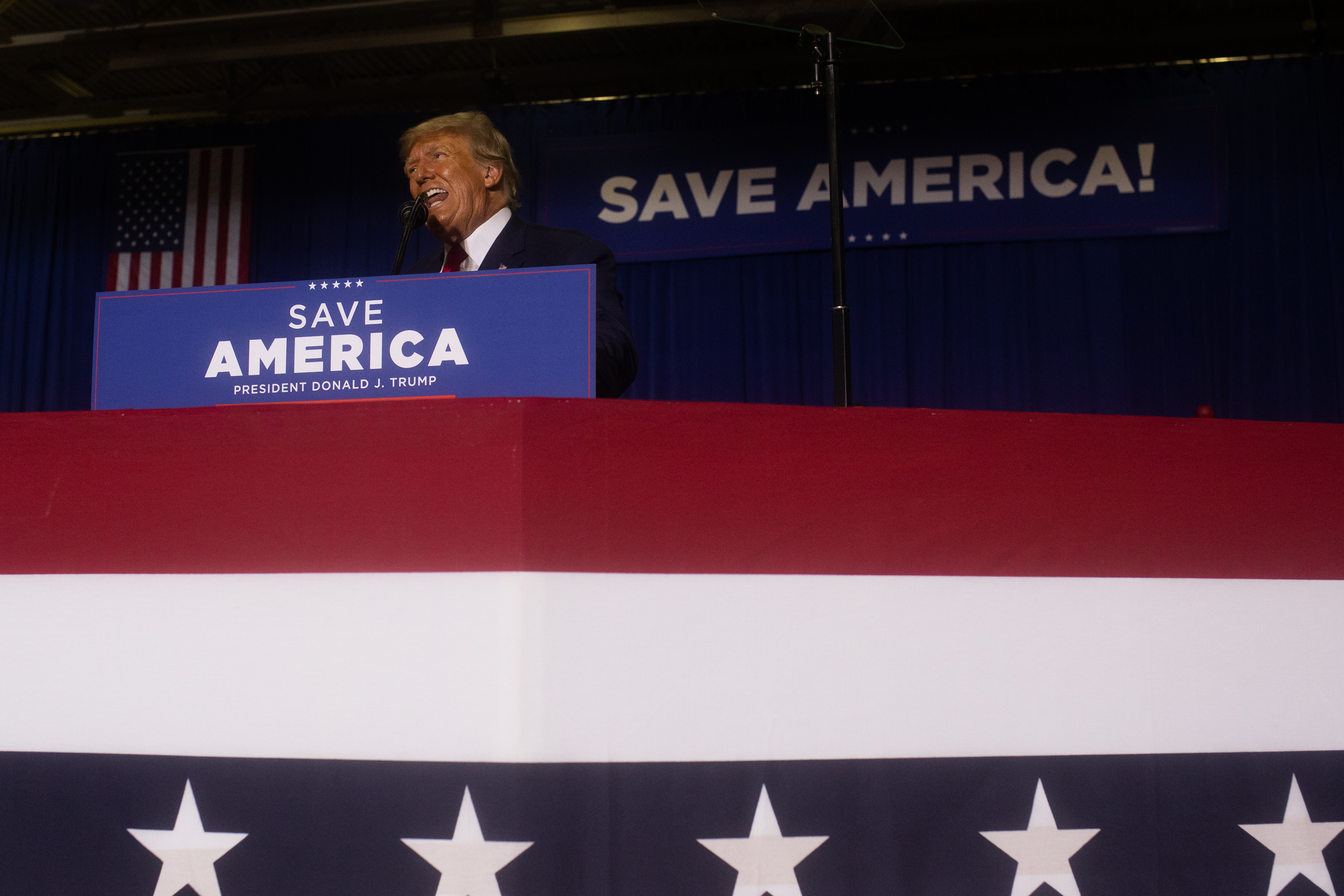 For example, in the Columbus, Ohio, market MAGA Inc. booked $425,000 in spending this week, which translates to a bit more than 800 gross rating points on broadcast TV a measure of how many people see ads, according to AdImpact. Ryans campaign spent only $336,000 in the same market, but that bought them just shy of 1,200 gross rating points.

The way that price disparity adds up is clear from the ad contracts. On a local NBC affiliate in Cleveland, the Trump-linked super PAC is paying $1,200 to run a single 30-second ad on the Sunday morning news between 7 and 8 a.m., according to a contract filed with the Federal Communications Commission, where TV stations are required to report political advertising.

Ryans campaign also has an ad set to run on Sunday morning, filings show and his campaign paid only $420 for the same length ad in the same time slot.

On the same channel, the Ryan campaign has paid only $110 per 30-second ad on The Kelly Clarkson Show. MAGA Inc. is paying $400 for ads of that length on the show.

But candidate rates matter less in ad slots that are already quite expensive. In the Columbus market this weekend, FCC filings show that both MAGA Inc. and the Ryan campaign are paying $20,000 each to run a single 30-second ad when the Cincinnati Bengals take on the Baltimore Ravens in Sunday Night Football.

So far, MAGA Inc. has put down more than $4 million on TV ads, according to AdImpact, including at least $1.2 million in Ohio and more than $1 million in Arizona. The group could add more as the election nears, although a spokesperson said on Thursday that the group did not want to telegraph where its future spending might go.

Trumps leadership PAC, Save America, has a massive war chest with more than $90 million cash on hand as of the end of August. As a super PAC, MAGA Inc. can also raise unlimited funds from other sources, or it can take transfers from Save America.

While the ad buys represent a notable investment from the former president, they still account for a relatively small share of ads running in the five states. The Mitch McConnell-aligned Senate Leadership Fund still has more money invested in Pennsylvania, Ohio, Georgia and Nevada than Trumps group for now.

That super PAC and others on both sides also face the high rates that stations can charge at this time of great demand. But Trumps is the latest to highlight just how much it can cost outside groups to play in the weeks before an election. WeTravel books $27M to build fintech and more for...

Five things we think we learned from Ohio State...

Texas primaries kick off year of change for both...

At least 6 reported dead in crush at Cameroon...

With a $50M Series C, Instrumental looks to expand...

Microsoft Outlook update will close off a nasty security...

“No question” Russia is using hunger as weapon of...

Washington Post columnist calls on the EPA to regulate...

Bethenny Frankel Will Be Crowned Reality Royalty At The...

Equity Shot: Making sense of the Paypal and Alphabet...

The Apple TV 4K successor could incorporate a video...

Aussie Slumps as China Vows to Stick With Covid-Zero...

Man fatally stabbed in neck while sitting in car...

Every Trick a Pro GeoGuessr Uses to Win

Shift your startup into overdrive and demo at TC...

UK grants extradition to US of Wikileaks founder, Julian...

Albert Pujols returning to Cardinals, says he will retire...