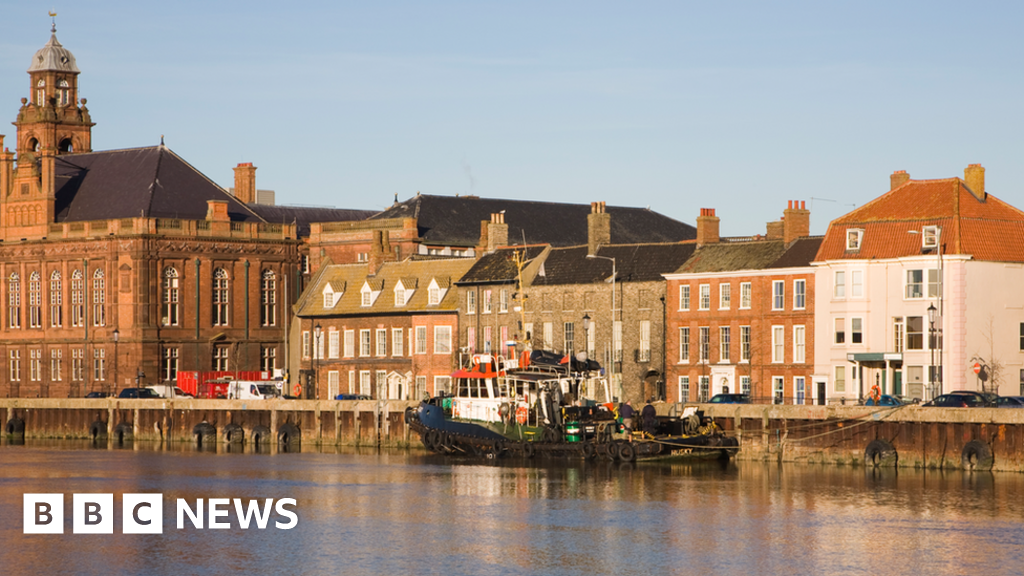 A council will not plant fruit trees in public places because of fears windfalls could be “used as missiles”.

Work on the Queen’s Green Canopy along Great Yarmouth’s South Quay will not feature apple, plum or pear trees, the borough council decided.

A council officer said they wanted to create “more of an avenue feel” by the waterside.

The issue was raised at Great Yarmouth Borough Council’s environment committee, which discussed the constraints involved in planting trees in the area.

They had received advice that fallen fruit could be “used as missiles”.

Image caption, Ninety-two trees will be planted along the quayside, including honey locust (pictured) and English oak

Research had been undertaken into soil types “due to ongoing issues with tree survival rates in this area”, it was told.

Labour councillor Marlene Fairhead questioned the suitability of fruit trees along South Quay, saying “they cause a bit of a hazard”.

“The fruit drops off, nobody claims it, it gets slippery, and also children pick it up and chuck it at each other,” she told the BBC.

“It’s a health and safety issue really. You get elderly people walking along the pavements.

“They assured us they will not plant them along the kerbsides.”

Image caption, Fruit trees will not be planted on South Quay over “slip hazard” fears

The two-year project involves planting more than 500 trees by March 2023 in urban areas of Great Yarmouth, as part of the Forgotten Places: Greening Coastal Towns and Cities initiative.

The total budget of £261,840, the council said, included £40,000 of Town Deal government money to replace trees along South Quay that had to be dug up in 2013 after they failed to thrive.

A selection of trees, including honey locust, English oak and hornbeam, will now be planted along South Quay.

“I have an allotment and I’m into fruit trees and I don’t let the fruit go to waste,” Ms Fairhead added.

“I think it’s a waste when they’re planted along the kerbside and cause a hazard.” Gergiev, Putin friend, out of Vienna Philharmonic US tour

EXCLUSIVE: Romney And Paul Face Off In Tense Senate...

Robert Durst, convicted murderer and subject of HBO’s ‘The...

From Washington: Will The Trump Effect Drive A Red...

India will implement a battery swapping policy to boost...

German officials to hold off on deportations to Iran...

Petropavlovsk to sell Russian assets for $600 mln to...

Ukrainian Americans try many ways to bring in relatives...

Biden Commits US to War for Taiwan

Sonos is reportedly working on a top-secret home theater...

Police: No one believed missing in Austrian avalanche

Ukraine war: WHO says attacks on hospitals are increasing...

Ahead of Mother’s Day, Florida rabbi reveals gratitude for...

WhatsApp lets you undo ‘Delete for Me’ in case...

DualSense Edge: everything you need to know about the...

Apple’s new entry-level MacBook Pro may not include a...

Michigan pulls away to win emotional game in which...

Why MLB teams are signing stars to deals over...

Trump Doubles Down on Defending Meeting With Kanye, Nick...

Decades-old cold case appears to have been cracked

Ravens make series of moves ahead of Week 18...

Debate day — Oops, there it is