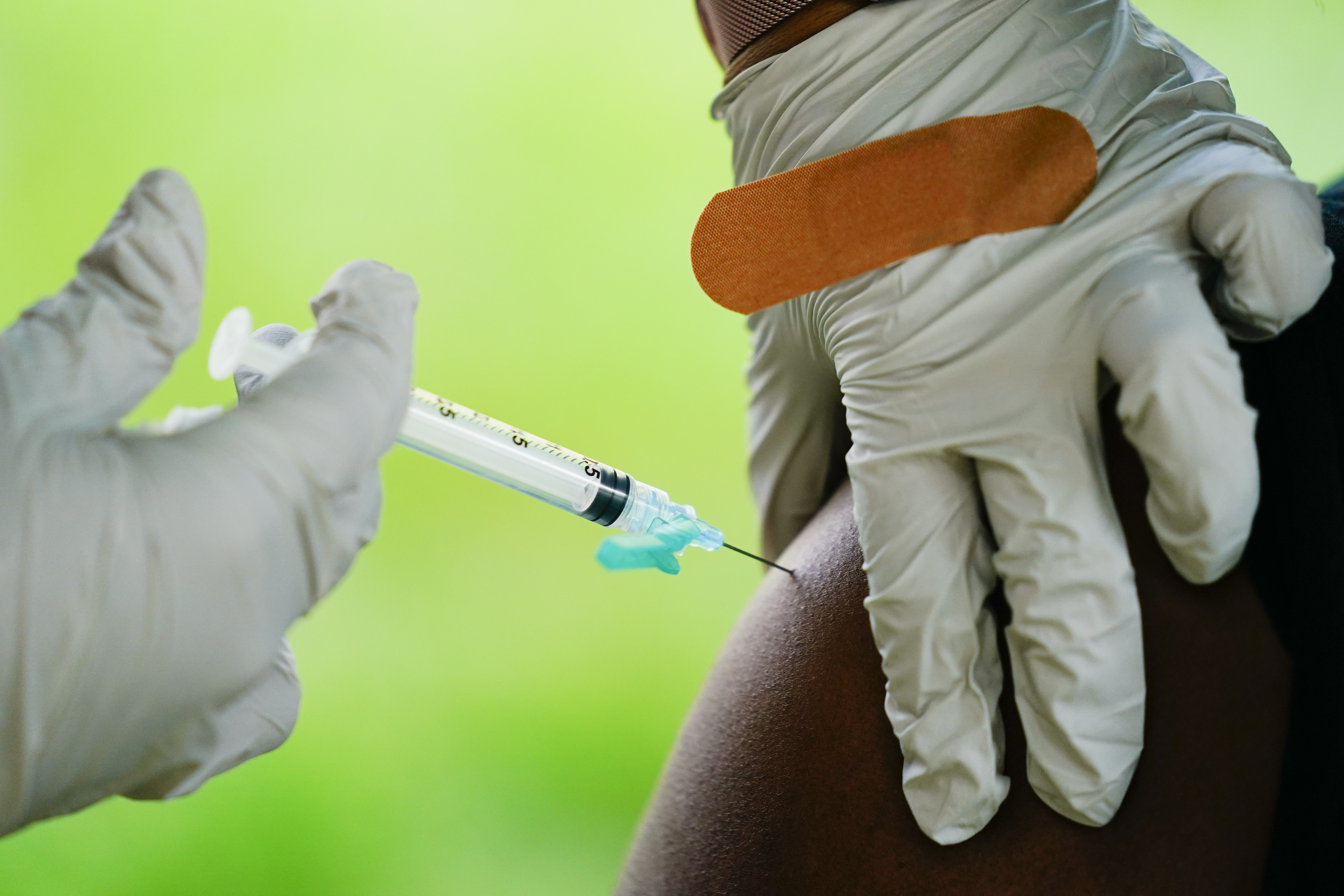 But months later, its barely taken off stymied by fading political interest in prolonging a war against a pandemic that even the president has declared over. Mired in a standoff with Republicans over more Covid response money, the administration has yet to invest heavily in any of the promising vaccinetargets its identified.

The delay has compounded concern inside the White House over Americans vulnerability to future variants. More recently, administration officials have grown alarmed that the U.S. suddenly trails rival China in the global pursuit ofnew scientific breakthroughs aimed at curbing Covid.

The notion were going to sit on the sidelines and watch other nations build this stuff should be totally anathema to us, White House Covid-19 response coordinator Ashish Jha told POLITICO. I think of this very much as a biosecurity issue as well as a pandemic preparedness issue.

The governments struggle to create a new Covid vaccine accelerator comes amid an otherwise encouraging period in the search for new weapons to fight the virus. Major companies like Pfizer and Moderna have proven they can create variant-specific booster shots in mere months.

Other companies and researchers are developing alternate approaches like nasal sprays and oral pills that scientists hope will be more effective at stopping infection altogether. Under ideal circumstances, experts believe the next big leap forward for Covid vaccines could happen as early as 2024.

But current conditions are far from ideal, more than a half-dozen Biden officials and health experts working on the issue said. The White House has tried and failed for months to secure the roughly $8 billion it says it needs from Congress to jump-start Covid Shield and appears unlikely to get it by the end of the year at which point, Republicans could very well take over one or both chambers.

Thats put the U.S. behind China and India, both of which have pushed forward aggressively on Covid research and approved the first needle-less Covid vaccines last month. Absent aid from the administration, some U.S. vaccine researchers have sought partnerships with other countries like Mexico.

Meanwhile, theres little appetite from GOP lawmakers andeven some Democrats to treat the pandemic as a priority anymore, especially after President Joe Bidens declaration that surprised even his top health officials

, who have since gone to lengths to emphasize their Covid response continues apace.

And yet, warning signs continue to mount. Recent studies suggest the newest offshoots of the Omicron variant are resistant to Evusheld, the main therapeutic designed to protect immunocompromised people from the virus. Some variants have also shown resistance to a second monoclonal antibody cocktail leaving antiviral pill Paxlovid as the only major treatment that still works across the board.

We have no other pills in the pipeline right now, said Eric Topol, founder of the Scripps Research Translational Institute. We just need other choices, no matter what.

Jha said that the virus rapid evolution has escalated concerns over the absence of a long-term operation to ensure vaccines and treatments keep pace with the emergence of new variants.

It took nearly two years just to update the initial Covid vaccines. Developing the next generation could be a three- to five-year wait if theres no significant federal funding to accelerate the process.

This is an obvious movement for the kind of partnership we saw with Operation Warp Speed, Jha said, adding that the sluggish progress could leave the U.S. in a very difficult situation as soon as this winter. Our toolbox is dry because every company in America understands the U.S. government does not have funding to do this.

That funding remains unlikely to come. Opposition from Capitol Hill Republicans has frustrated Biden officials who note that the GOP openly touts the original $18 billion Warp Speed as a Trump-era success story.

Republican lawmakers and aides counter that the White House erred in shutting down Warp Speed soon after Biden took office a decision many of them interpreted as politically motivated and short-sighted. Even now, they said, theres lingering administration opposition to reviving the Warp Speed brandingfor a new Covid vaccine accelerator, for fear it would concede a Trump-era triumph.

While most Republicans are still not convinced theres a need to allocate more money to anything Covid related, those open to the Covid Shield concept panned the administrations effort to date as disorganized and vague.

Sen. Richard Burr (R-N.C.), who has talked with federal officials for months about creating a new Covid accelerator, said he received mixed messages from various agencies on the project and still lacks a detailed plan for how the administration envisions Covid Shield would function.

While two people involved in the discussions said Covid Shield would likely be a partnership between the Defense Department and Health and Human Services Department, Jha said no final decisions have been made about its precise structure and where it would be housed.

They still cant go out and say, Well, heres our plan, Burr said. All Im trying to force them to do is set those parameters so we can write good policy and so their agencies can make good decisions.

Jha argued the administration needs a funding commitment before it can iron out all the details, and that the White House spent months trying to resolve lawmakers concerns including offering to pare down its broader $23 billion Covid funding request to just $8 billion if itd smooth a path to passage. He and other top officials also said theyre opento reviving the Warp Speed name, if it meant getting the funding needed.

I think everybody wants to do a Warp Speed. I actually do think we should use that word, said Matthew Hepburn, a senior adviser in the White Houses Office of Science and Technology Policy. A reasonable amount of government investment could probably catalyze that whole effort to get it across the finish line.

Still, the White House has yet to secure anywhere near the 10 Republican votes necessary to allocate more funding as part of a year-end bill.

Its a stalemate thats left Covid researchers in the lurch. Already, health experts said, the industrys profit incentives are shifting away from finding better vaccines and treatments as the U.S. tries to normalize living with current levels of the disease. Without a financial push from the federal government, the next generation of pandemic tools could end up a long way off.

Its an incredible American success story for science no one else did what we did, and we have the capability of making it even better, Lawrence Corey, a well-known virologist who worked on the Warp Speed program, said of the initial vaccine sprint. To lose this momentum is both a long-term loss for public health, for the medical care system and, I think, for American science.

Israel army clears itself in death of 7-year-old Palestinian

‘Zenless Zone Zero’ is a new action RPG from...

How children became a tool in Orban’s anti-LGBTQ propaganda

UK PM warns invasion of Ukraine would be ‘disastrous’

Didi Shareholders Vote to Delist From NYSE in Wake...

Islamic extremists convicted of membership in German IS cell

SerMorpheus wants to make NFTs an everyday sight in...

Amber Heard is ‘looking forward to finally telling her...

Phil Spencer says the cost of living is hurting...

‘Levelling up’ plan for UK will give workers control...

Should the Carolina Panthers trade for Baker Mayfield?

Amid fierce battles, Russia warns it could hit US...

Big majority of Americans back sanctions on Russia, aid...

Do Celebrities Have a Responsibility to Fans When Backing...

Russians to give American astronaut ride to Earth in...

BlackRock Gets Read the Fossil-Fuels Riot Act Over ESG...

Amnesty International: Fatal strike in Ukrainian city may be...

Security expert warns UN Africa could be future IS...

Changing how we approach data privacy to unlock economic...

Trains in Northern Germany Halted for Hours After Cables...

Nancy Pelosi: We are traumatised by hammer attack

Turkish Developer in Tie-Up to Invest $2.2 Billion in...

Energy price cap expected to rise as the cost...

Hannity: Joe Biden is too cowardly to stand up...

9 Disney Vacation Tips to Maximize the Magic
Nobel Peace Prize winners can expect a big payday. Here's how much...