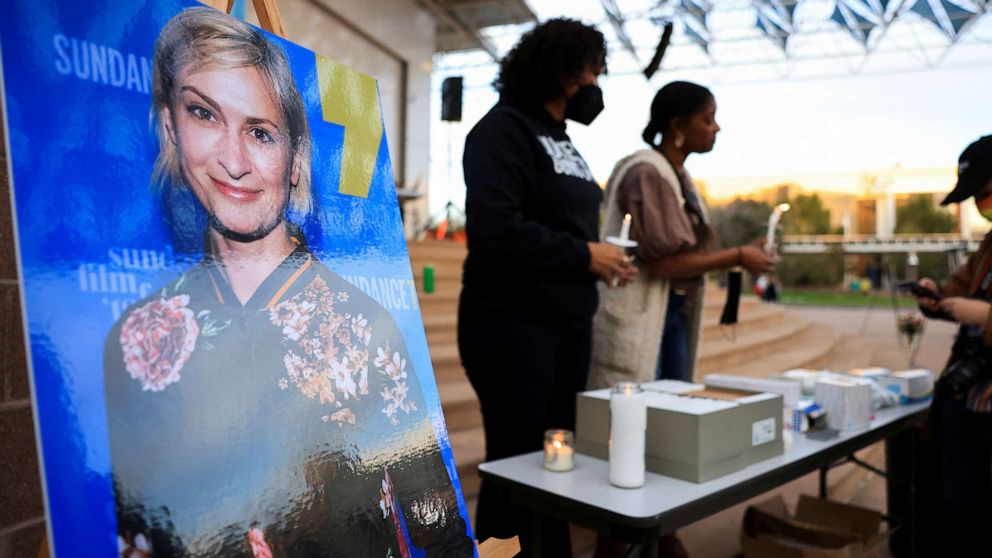 The family of slain “Rust” cinematographer Halyna Hutchins has reached a settlement in its wrongful death lawsuit against the producers of the film.

“We have reached a settlement, subject to court approval, for our wrongful death case against the producers of Rust, including Alec Baldwin and Rust Movie Productions, LLC. As part of that settlement, our case will be dismissed,” said Matthew Hutchins, her husband.

The statement from Matthew Hutchins, released by his attorney Brian Panish, also said he will now take over as executive producer of the film, which will resume filming in January with all of the principal actors.

“I have no interest in engaging in recriminations or attribution of blame (to the producers or Mr. Baldwin),” he said. “All of us believe Halyna’s death was a terrible accident. I am grateful that the producers and the entertainment community have come together to pay tribute to Halyna’s final work.”

Halyna Hutchins was working as cinematographer on the Western starring Baldwin when she was shot and killed by Baldwin during an accident while he was practicing using a handgun on set last October. Director Joel Souza was also injured in the shooting.

The lawsuit, filed in February, alleged reckless behavior and cost cutting by Baldwin and others led to Hutchins’ death. Others named in the lawsuit include the armorer, the assistant director, who is alleged to have handed Baldwin the revolver that killed Hutchins, and several producers.

Baldwin has been cooperating with investigators since the shooting.

Baldwin’s lawyer, Aaron Dyer, said at the time of the lawsuit being filed, Everyones hearts and thoughts remain with Halynas family as they continue to process this unspeakable tragedy. We continue to cooperate with the authorities to determine how live ammunition arrived on the ‘Rust’ set in the first place.” Nearly twice as many military members died from suicide...

The NFL Prepares to Push for an Indefinite Suspension...

Luxury Deal: Could Ralph Lauren Be the Next Buy...

Pat Lam: Bristol squad will be ‘improved’ and ‘stronger’...

Early voting kicks of in Georgia’s Senate runoff as...

Open: This is “Face the Nation,” January 9

‘It Feels Like We’re Being Punished for Something’: Life...

Post Office and Fujitsu to face inquiry over Horizon...

Families forced out of homes due to city’s property...

Harvey Weinstein Will Be Charged With Two Counts of...

The odd GMC SUV is one of the hottest...

Zoom suffered a major outage that may have cancelled...

I used a brilliant VR headset that Meta will...

Instagram on the web has been redesigned for large...