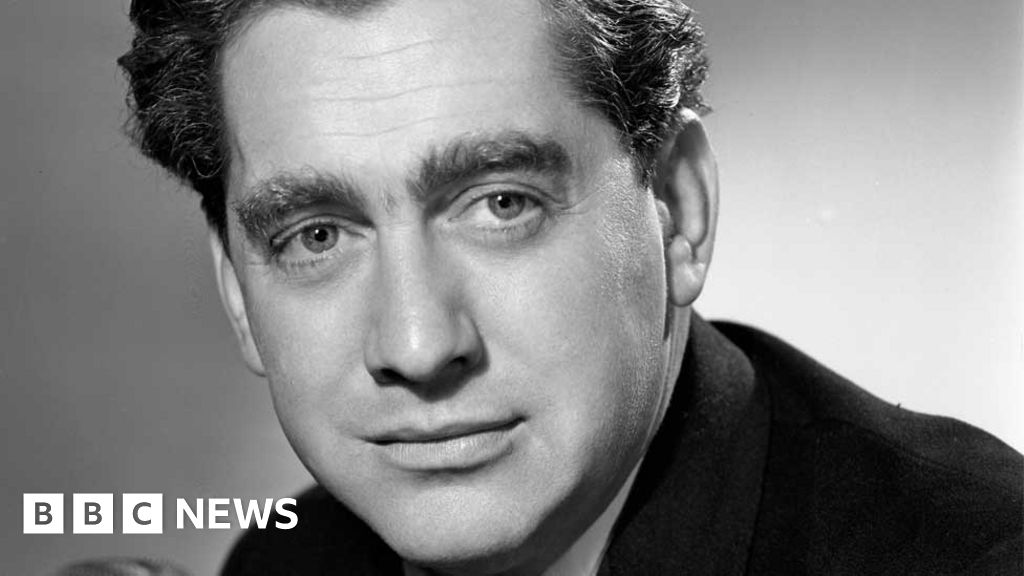 A teacher has said discovering a lost episode of Hancock’s Half Hour is “the biggest find, probably the jackpot”.

The Marriage Bureau is from the first series of the iconic 1950s radio show and is the only one to feature actor and comedian Peter Sellers.

Richard Harrison, from Lowestoft, Suffolk, who buys old reel-to-reel audio tapes, was amazed to realise he had found the long-lost episode.

It has been restored and will be broadcast by BBC Radio 4 on 18 October.

Image caption, Peter Sellers was a co-star of The Goon Show, but only featured in one episode of Hancock’s Half Hour

Mr Harrison said: “I listened hard and thought, ‘This seems very fresh, I don’t think I’ve heard it before’.

“And in the end credits they announced Peter Sellers and that was that moment – hang on a minute, I’ve found this episode that’s been on a wish list, a dream list really for me, for 20 years.”

The Tony Hancock Appreciation Society tweeted its members were “absolutely delighted by the news”.

Our members are absolutely delighted by the news and cannot contain their excitement! Many congratulations on your amazing work! This is one of the funniest episodes from the first series and will make a very welcome addition to the archive. https://t.co/KICVr4rOVq

Tony Hancock was a household name in the 1950s, most famously through Hancock’s Half Hour which was broadcast on BBC radio and television.

Image caption, Hancock’s Half Hour was first broadcast on radio before making the move to TV

In fact, Peter Sellers, co-star of another 1950s BBC radio programme The Goon Show, only appeared in the Marriage Bureau as a replacement for Kenneth Williams.

Mr Harrison, a Lowestoft Sixth Form College teacher and film maker, said: “Looking back, the only episode Peter Sellers appeared in – and it’s a really good episode as well – why on earth didn’t they think well we’d better keep that one?

“The Goon Show was very popular at the time and you’d think, ‘Well it’s an obvious one to keep’.

“But tapes were reused because they were felt to be ephemeral, with no repeat value – and sometimes they couldn’t be repeated without it costing [more] for contractual reasons.”

Mr Harrison will appear in BBC Radio 4’s Raiders of the Lost Archive on 13 October. State executives are more diverse than ever — here’s...

Milan police justify Bakayoko search as being necessary in...

5 Scientific Conspiracy Theories That Are Still Here in...

Donald Trump is not the worst U.S. ex-president —...

Artiphon drops the hardware requirement for its musical camera...

Impact of January 6 on GOP primaries in Wyoming...

Frank Rybinski on the Markets (Radio)

2 missing in Virginia after group went over James...

If you use your Android mobile for banking in...

Jake Lacy becomes a lead after years of supporting...

Who is the best wide receiver in college football...

Whatever Happened to the Antiwar Left?