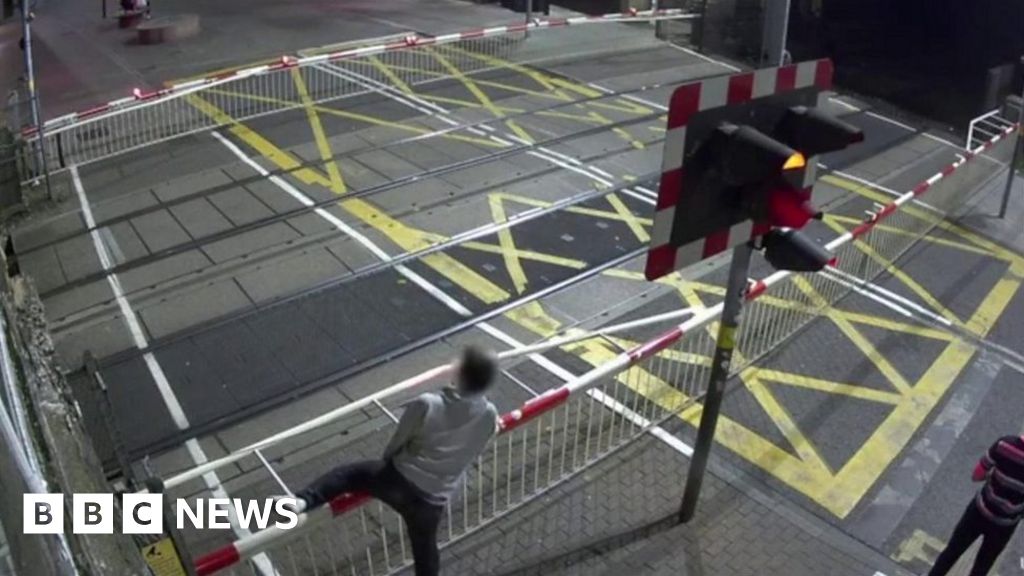 “Deeply worrying” footage of a man stumbling across a level crossing has been released by Network Rail.

Footage shows a young man jumping over barriers on High Street, Lincoln, and staggering across live railway tracks seconds before a freight train passes through at speed.

“The person involved shows a reckless disregard for their own lives, as well as the safety of train passengers and railway staff.”

Canoo warns it may not have enough funds to...

One dead in Myrtle Beach area after alligator attack

Prosecutors come up short on Cuomo

Embolo fires Switzerland ahead against Cameroon

Salman Rushdie ‘on the road to recovery,’ agent says

Your Evening Briefing: Trump’s ‘Direct and Personal Role’ Before...

Next January 6 hearing comes after lengthy interview with...

Affirmative Action for the Poor

3 states—including California—declare states of emergency over the monkeypox...

Man in critical condition after being shot multiple times...

Brian Kilmeade: Biden lacks the all the qualities of...

Tonight, a host of Pennsylvania Republicans are praying Trump...

Former Lakers coach Frank Vogel is a candidate for...

Brittney Griner to appear in Russian court as US...

Most startups were overvalued before 2021, and now it’s...

Where Zeldin would steer the state

Obi-Wan release date has been revealed – so where’s...