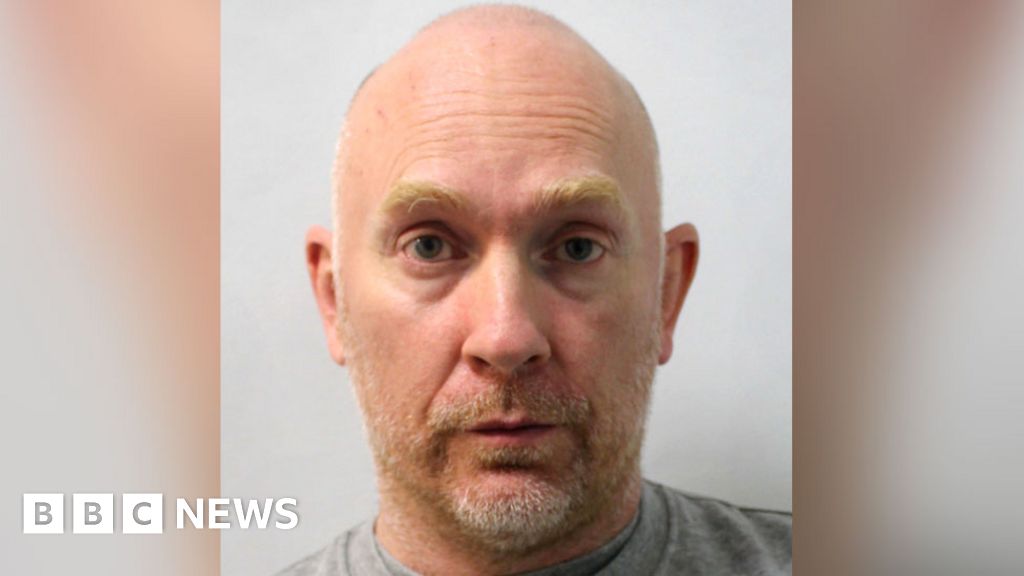 The Speaker of the House of Commons has asked for an urgent meeting with the Met Police after it was confirmed that Wayne Couzens was on duty five times at parliament last year.

The Met confirmed Couzens was on armed protection duties at parliament between February and July 2020.

Couzens was given a whole-life sentence on Thursday for Sarah Everard’s murder.

A serving Met police officer at the time, Couzens kidnapped the 33-year-old under the guise of an arrest in March as she was walking from a friend’s house.

In a statement, Sir Lindsay said he had requested a meeting with police to discuss how Couzens, 48, was deemed suitable for deployment to the parliamentary estate.

“The security of Members and staff has always been my number one priority, so I want to know how this man could ever have crossed the parliamentary threshold,” Sir Lindsay said.

The Met Police had previously said Couzens moved to the Parliamentary and Diplomatic Protection Command in February 2020 where his primary role was to patrol diplomatic premises, mainly embassies.

But a spokesman for the force said on Saturday that he was deployed to armed static protection duties on the estate on five occasions from February to July 2020.

The Metropolitan Police is facing questions over its failure to stop Couzens, with calls for Met Police Commissioner Dame Cressida Dick to resign and an inquiry into police misogyny.

Couzens is believed to have been in a WhatsApp group with five police officers who are now being investigated for gross misconduct.

The Independent Office for Police Conduct watchdog previously said he was linked to a flashing incident in 2015 and two more days before he killed Ms Everard.

Couzens used his police warrant card to trick Ms Everard into being handcuffed, then drove her to Kent where he raped and murdered her. He later burnt her remains in what was a premeditated attack on a random victim.

In light of “understandable public concern” over what happened to Ms Everard, Police Scotland are introducing a new verification check for lone officers. Some of the outdoor seating set up by businesses in the pandemic could be allowed to remain.
Read more

Mexican President Andrs Manuel Lpez Obrador is holding a massive rally in Mexico City to mark the mid-way point in his six-year term, amid polls showing about two-thirds of Mexicans approve of his administration
Read more

Want to know the truly best Walmart deals? We've dug into the stats and found what you're clicking on.
Read more

Masks and Clean Hands Are Key to Covid Control

The shipping supply chain is stressed from Covid. That...

The global supply chain, where goods are shipped all over the world, is already stretched thin thanks to a year and a half of operating during a pandemic.

Manchester United v Wolves: Should Paul Pogba have been...

Match of the Day 2 pundits Jermaine Jenas and Dion Dublin discuss whether Manchester United's winner in their 1-0 victory over Wolves should have been ruled out for a Paul Pogba challenge in the build-up.
Read more

“Welp. We screwed up. Because of a reporting error we have not yet hit 70% on our adult vaccinations,” Cox, a Republican, posted on Twitter Monday.
Read more

DC appeals court grapples with the question of due...

The Latest: More than 50% of Japan’s population vaccinated

Covid: Ipswich has highest rise in virus cases in...

Ipswich's infection rate jumps by 46%, the biggest week-on-week increase in any area in England.
Read more

Tales of selflessness and heroism — and of deadly delays and heartbreaking missed opportunities — are emerging after the remnants of Hurricane Ida pummeled the Northeast with record-breaking rain that flooded roads and houses, killing dozens
Read more

The global death toll from COVID-19 has topped 5 million, nearly two years into a crisis that has not only devastated poor countries but also humbled wealthy ones with first-rate health care systems
Read more

“We’re now really about 400 officers short of where we need to be,” J. Thomas Manger said.
Read more

Police apologize to family of slain sisters for response...

Ukraine's SBU security service announced on Monday that it had detained a Russian military intelligence agent accused of planning attacks against the country.The agent was specifically accused of...
Read more

Police said the man -- who is White in his 20s -- was suspected of carjacking a woman at gunpoint prior to the shootout.
Read more

The country has recorded 30 million cases - second only to the US.
Read more

House Democrats on Wednesday resurrected a long-sought paid family leave proposal as part of their social spending package in defiance of Sen. Joe Manchin (D-W.Va.).Manchin, whose vote is essential for passage of t...
Read more

The top leader of Palestinian militant group Hamas made his first public appearance since the violence conflict with Israel began. Dozens of Hamas figh...
Read more

The key to fighting against atrocities fueled by hate lies in the lessons of the Nuremberg trials from 75 years ago, writes Navi Pillay, who grew up under the apartheid era in South Africa and used Nuremberg as a framework for understanding apartheid-era crim…
Read more

The Saturday before Christmas, also known as Super Saturday, could be the biggest shopping day of the season. Also, 40 percent of American CEOs surveyed say that they plan to boos hiring. Jill Wagner reports on the day's top MoneyWatch headlines.
Read more

A fundraising group run by former President Donald Trump raised $62 million in the first half of the year but only spent $3 million, with the biggest chunk of money going to a pro-Trump research center and more than $65,000 to Trump's own hotels, according to…
Read more

President Joe Biden on Thursday criticized Republican lawmakers who have touted parts of the Covid-19 economic relief law that benefit their constituents despite having voted against the law, saying: "Some people have no shame."
Read more

US warns against American business operations in Hong Kong

Vet Sabrina Verjee completed the 214-peak course 2020 but was forced to abandon a second attempt in May.
Read more

A progressive Democrat in the House wants to censure the Republican members who have recently downplayed the Capitol attack on Jan. 6.
Read more

Japan to declare 3rd state of emergency for Tokyo,...

Japanese Prime Minister Yoshihide Suga is set to declare a third state of emergency for Tokyo and three other urban prefectures to curb the spread of COVID-19.
Read more

Unrequited rage: The demand for mob justice in the...

In denouncing "vigilante justice," pundits and politicians seem to be advocating for a form of mob justice.
Read more

A young mother, Shelley Mook, vanished five years ago after visiting her ex-husband. "48 Hours" investigates the case in its latest episode.
Read more

Ohio hospitals plead for people to get vaccinated

Even Australia, which had early success stopping the COVID-19 pandemic by closing its borders, is facing an outbreak. The country is reporting fewer than 5% of adults are vaccinated. Elizabeth Palmer reports.
Read more

The National Oceanic and Atmospheric Administration has released its Atlantic hurricane season forecast for 2017. Acting NOAA Administrator Ben Friedman said that there is potential for a lot of storm activity this year and urged coastal residents to get prep…
Read more

Malaysia has granted conditional approval for the COVID-19 vaccine made by Pfizer (PFE.N) and BioNTech (22UAy.DE) to…
Read more

Trash bags stuffed full of used medical gloves, some visibly soiled, some even blood-stained, litter the floor of a warehouse on the outskirts of Bangkok.
Read more

The broadcaster says its involvement raised questions about its impartiality on some issues.
Read more

A top Border Patrol union official is warning that agents are having to release COVID-positive migrants into the U.S. "day in, day out" -- amid the ongoing crisis at the border, which also has Border Patrol agents worried about their own health.
Read more

Contemporary Amperex Technology Co Ltd (300750.SZ) plans to build a battery material recycling facility in the central Chinese province of Hubei with an investment of up to 32 billion y…
Read more

Japan's Naomi Osaka suffers her second straight defeat on clay by losing to Jessica Pegula in the Italian Open second round.
Read more

Aerial footage shows lava snaking its way down after the eruption.
Read more

Minnesota prosecutors seek an “upward sentencing departure” for a Chicago man in the deadly July highway shooting of a baseball coach who was driving his son home from a game when he was killed.
Read more

Job openings fell in August for the first time this year as surging coronavirus cases upended the labor market, according to data released Tuesday by the Labor Department.U.S. job openings declin...
Read more

Kentucky says state fair will be open to public...

Kentucky says its state fair reopen this year after being closed last year due to the coronavirus pandemic.The Kentucky State Fair Board voted Thursday for the event to take place August 19 throu...
Read more

Michael Vaughan says England got their tactics wrong in a fifth-day morning session when they appeared to squander any chance of winning the second Test against India.
Read more

Kids will experience about three times as many climate-related...

Experts have long warned climate change will disproportionately affect poor and disadvantaged demographics, but it will also have an outsized impact on younger generations, ...
Read more

The pandemic delayed her return to China.
Read more