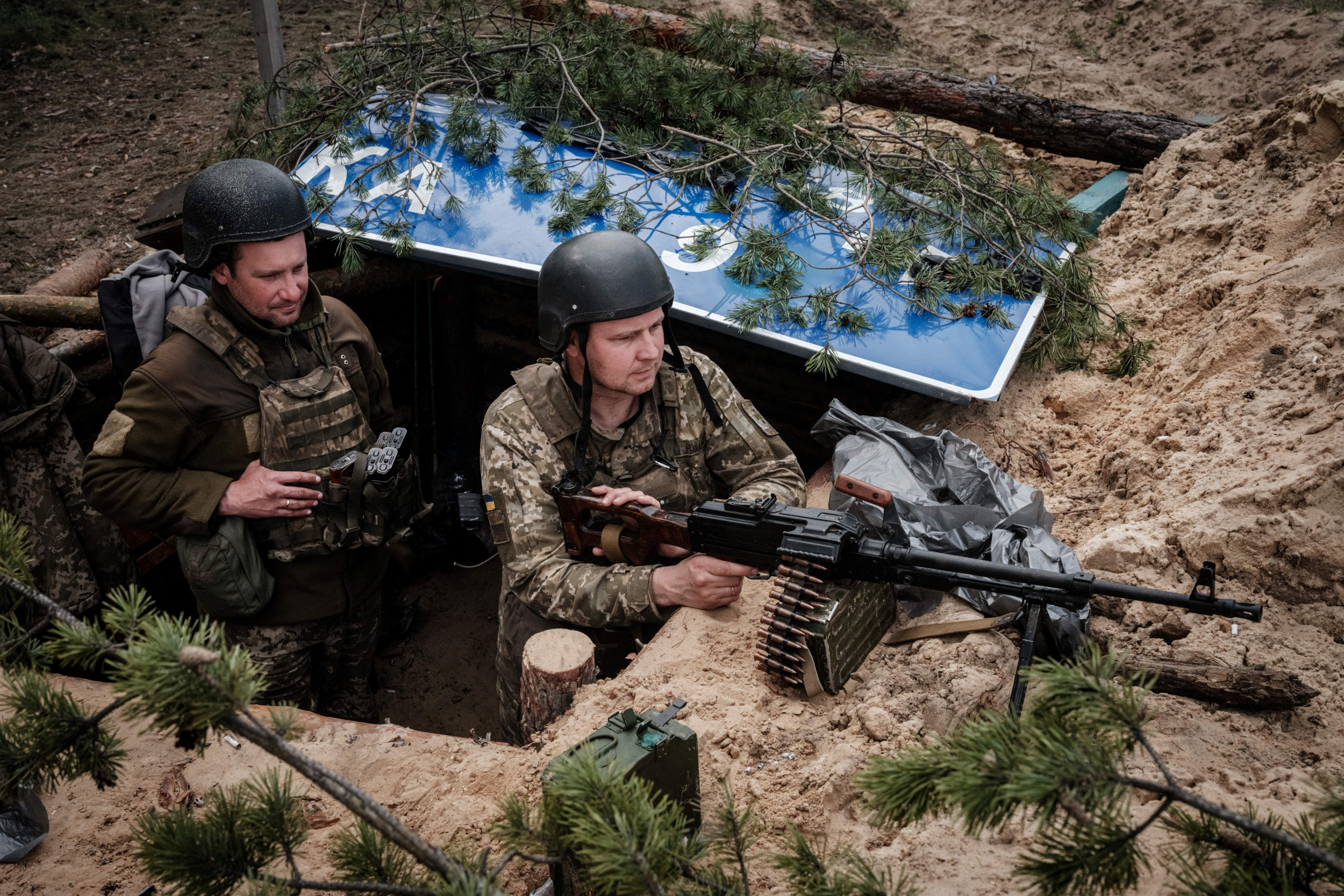 A former Russian military commander recently said Moscow’s failure to hold the city of Lyman was due to a series of lies from “top to bottom.”

Andrey Gurulyov previously served in the Russian army until 2019 before moving into politics, serving as deputy governor for the Transbaikal region and currently serving as a member of the country’s Duma parliament. Appearing on a recent state-run news broadcast, the politician took an unexpectedly somber and critical stance on the surrender of Lyman to Ukrainian forces, at least initially. Julia Davis, the creator of Russian Media Monitor, shared a clip of his appearance on Twitter on Saturday.

“Honestly, from a military standpoint, I can’t explain it,” Gurulyov told the program’s host. “Perhaps this is a landmark milestone, not only in the military sense, but also politically. I honestly can’t understand why after all this time they couldn’t accurately appraise the situation, why they didn’t make a decision to reinforce the group that was defending Lyman.”

Stunned reactions keep coming in with respect to Ukraine reclaiming Lyman. Andrey Gurulyov, former deputy commander of Russia’s southern military district, said he couldn’t explain the defeat. He blamed in on a system of lies, “top to bottom” and was suddenly disconnected. pic.twitter.com/O4aoRqVx96

Lyman is a major city in the Eastern Ukraine region of Donetsk, which is part of the breakaway Donbas region that has been the focal point of Russia’s invasion. The city reportedly served as a major logistics and transportation hub for the occupying Russian forces.

On Saturday, Russian officials announced that forces in the city had retreated following a successful Ukrainian counteroffensive. Reports later emerged that around 5,000 Russian troops in the city were surrounded by the Ukrainian defenders. Despite this massive military setback, Russian President Vladimir Putin recently declared he was illegally annexing the area—along with the Luhansk, Zaporizhzhia and Kherson regions—after referendum votes to join Russia had been held there last week.

When reached for comment, the U.S. State Department referred Newsweek to the words of Secretary Antony Blinken, who, as the final results neared, dismissed them as “sham referenda and annexations,” and said President Joe Biden’s administration “will impose additional severe and swift costs on Russia” for proceeding with them.

Above, a shot of Ukrainian forces near the city of Lyman. A retired Russian commander recently said that the military’s retreat from the key city was the results of lies from leadership.Yasuyoshi Chiba/AFP via Getty Images

In the same interview, Gurulyov surmised that the retreat from Lyman was likely the result of inaccurate reports from the battlefield that attempted to paint a positive picture of the situation. This, he said, was likely done by military leadership, due to the nature of the system in place.

“No matter how heroically they fought, there’s an elementary calculation of military capabilities, which shows whether Lyman could be held or not,” Gurulyov continued. “The problem we have is the constant delivery of good reports, or you can call it constant lying. This system does not go from bottom to the top, but top to bottom.”

As Gurulyov made this appraisal, his Skype feed suddenly cut out. According to Davis, his connection was later reestablished, but he was no longer discussing alleged leadership failures in Ukraine. Stimulus Check Update as One State to Send out...

NATO eyes in the sky, keeping Europe out of...

Is Yankees’ Aaron Judge the best player in MLB?

US says only ‘weeks’ remain to revive nuclear deal...

Who knew you could magically finger copy stuff from...

Wattpad introduces a creator program that can pay writers...

Big Tech is laying off employees–but their skills are...

Legionella suspected of causing illness that killed 3 and...

Ukrainian skating sisters back to ‘doing what they love’

“How Do We Best Stop Chinese Aggression?”: Senator Blackburn...

Founder of She Matters developed an app for Black...

Democrats for Murkowski: Alaska Republican counts her fans across...

Google Search and Maps results will confirm if a...

Gun applicants in NY will have to hand over...

What to know about getting updated Covid-19 booster, flu...

What Judge Luttig told us about Jan. 6

Denver Riggleman Ties QAnon to White House With ‘The...

Apple launches a new program for its App Store...

Democrats are lagging among Black voters, and that could cost them in...

Open: This is "Face the Nation with Margaret Brennan," Oct. 2