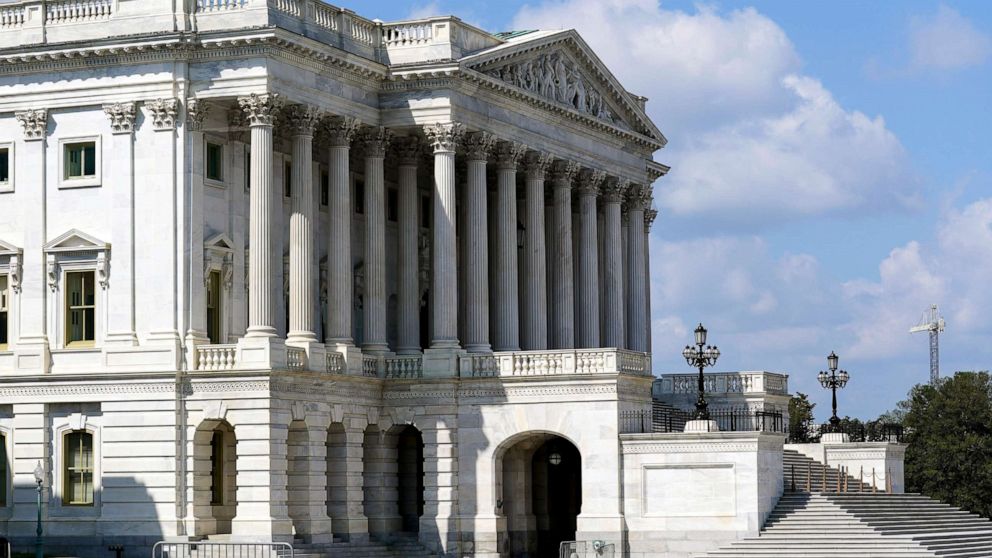 A bill to avert a federal government shutdown passed the Senate on Thursday, and will now head to the House with little more than 24 hours until the deadline at the end of the day Friday.

The Senate voted 72-25 to advance the stopgap legislation, which will keep the government funded through mid-December — past the midterm elections — after some stumbles earlier this week over energy permitting reform.

The legislation moved forward after Sen. Joe Manchin, D-W.Va., agreed to drop the provision — which was opposed by some progressives and most Republicans — from the continuing resolution. All 25 “no” votes came from the GOP side of the aisle.

The House is expected to take up the bill on Friday, and must pass it before the fiscal year deadline to keep the government running.

The bill includes an additional $12 billion in military and economic aid for Ukraine, $1 billion in heating and utility assistance for low-income families, $20 million in response to the water crisis in Jackson, Mississippi, and includes a five-year reauthorization for Food and Drug Administration user fees.

What’s not included is the billions of dollars the White House requested to continue its COVID-19 response. The Biden administration requested $22.4 billion for vaccines, treatments and next-generation research.

“This legislation avoids a very bad thing –shutting down the government — and does a lot of good things: money for the people of Ukraine, funding for communities reeling from natural disasters, aid to families with their heating bills, just to name a few,” Senate Majority Leader Chuck Schumer, D-N.Y., said just before the vote.

“Millions and millions of people can breathe easy,” Schumer added.

Republicans tried to get the continuing resolution to lapse early next year, rather than mid-December, in the hopes that the GOP will gain control of the House after the November midterm elections.

Sen. Schumer announced Thursday that the Senate will not return for its next vote until Nov. 14, giving members time to campaign in their home states from now until Election Day.

When the Senate returns for the lame duck session, it will have a hefty to-do list to tackle. Members will have to pass the National Defense Authorization Act, fund the government, confirm nominees and potentially take up legislation to protect same sex marriage.

Schumer warned of an “extremely busy” final two months of the calendar year.

Heatwave forced Google and Oracle to shut down computers

Around 12,000 suspected fentanyl pills inside of candy boxes...

How Schumer explains his Senate dilemma

Elizabeth Holmes seeks leniency for her Theranos fraud by...

Opinion: Putin could learn a thing or two from...

Extremist lawmaker surges ahead of elections in Israel

“Monarca: A Novel” shines light on urgent need to...

Air bags are exploding in Dodge, Charger and Chrysler...

Putin: Russia on the verge of a new virus...

New planDisney Podcast Episode has Everyone Excited About Saving...

Dust-Caked Vehicle Parked at Airport for Nearly a Year...

Ukraine to impose state of emergency

Finland’s leaders in favor of applying for NATO membership

Royal Navy seizes $28M worth of cocaine in Caribbean...

A U.K. recession is now ‘inevitable’ and the only...

Here’s what reconciliation means for ag

Abbott Reaches US Deal to Restart Baby-Formula Production at...

Chicago’s COVID-19 fight with teachers hangs over a 2nd...

Davis Mills as Texans’ long-term QB? Evidence building against him

Uvalde families camp out for 2 days demanding suspensions for officers