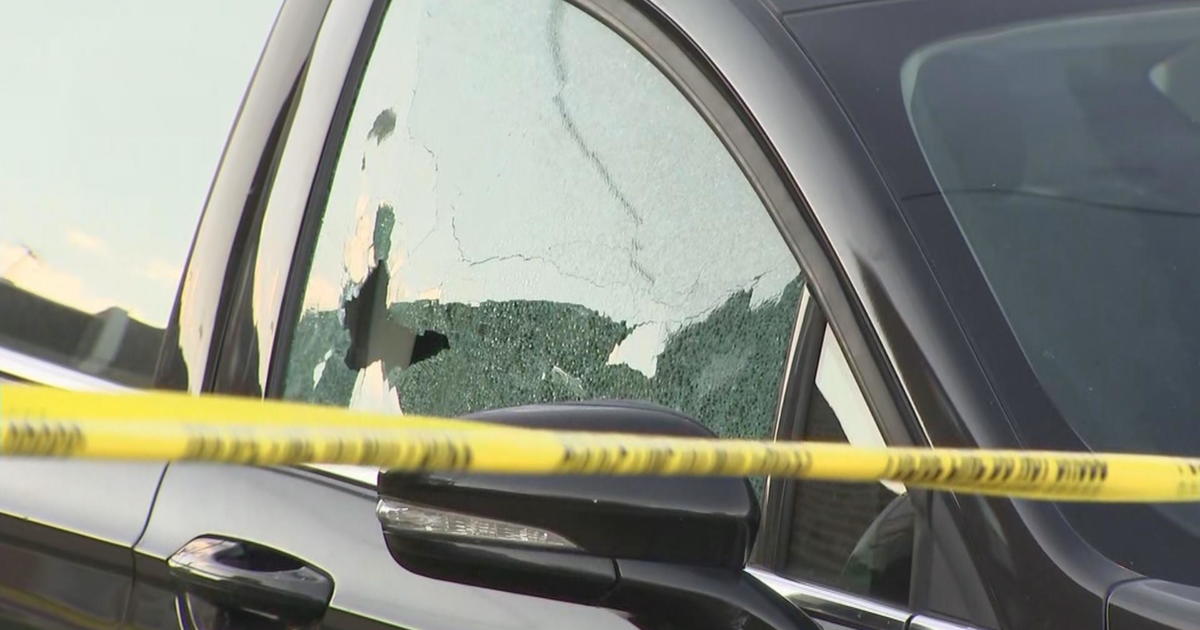 PHILADELPHIA (CBS) — Families, students, school staff and police are all in shock after five football players were ambushed following a scrimmage outside of Roxborough High School.

Three of the victims were rushed to Einstein Medical center, including the 14-year-old boy who died.

CBS Philadelphia saw family members of the 14-year-old boy who died show up at Einstein Medical Center visibly upset and understandable did not want to go on camera.

The 14-year-old boy was transported by police but died 20 minutes after the shooting.

CBS Philadelphia spoke to the older brother of another 14-year-old boy who was shot.

He says his little brother was near Roxborough High School when the shots were fired following the football scrimmage.

At first, he wasn’t sure if his brother survived.

He says he was at work when he got the call his brother was rushed to the hospital.

Another teen, a 17-year-old boy, was taken to Temple University Hospital after being shot in the arm and three times in the leg.

Ryan HughesRyan Hughes joined CBS3 Eyewitness News in June 2022. He previously worked at WPTV in West Palm Beach, Florida, where he’s covered stories ranging from weeks on the Surfside condo collapse, to the impact of Hurricane Dorian in the Bahamas, and the Super Bowl in Miami. Windows 11 update is redesigning how you shut down...

“The Uplift”: A sanctuary and a serendipitous connection

Climate tech steps into the spotlight at TC Sessions:...

NASA and SpaceX will study the possibility of using...

Rail strikes: No rush to call for more action,...

The latest security is built into the latest hardware...

Meta will take a 48 percent cut from sales...

Locket, the popular app that lets you post photos...

What to Know About IP Ratings Before Getting Your...

Scams Lurk in Ads on Google Searches for Student...

Crypto boost may be focus for Elon Musk as...

10 names to watch ahead of WNBA free agency...

Michael Spencer on the Markets (Radio)

Inside a dystopian retirement village left by Russia’s war...

If Titans make a trade to help offense, here...

Two games off due to Covid cases

Jury reaches verdict on how much Alex Jones should...

Bob Saget turned my life around

Is YC turning into a kind of Fight Club?...

Apple Ditches iPhone Production Increase After Expected Surge in Demand Falters
Newsom on Dems: ‘We have a messaging problem’