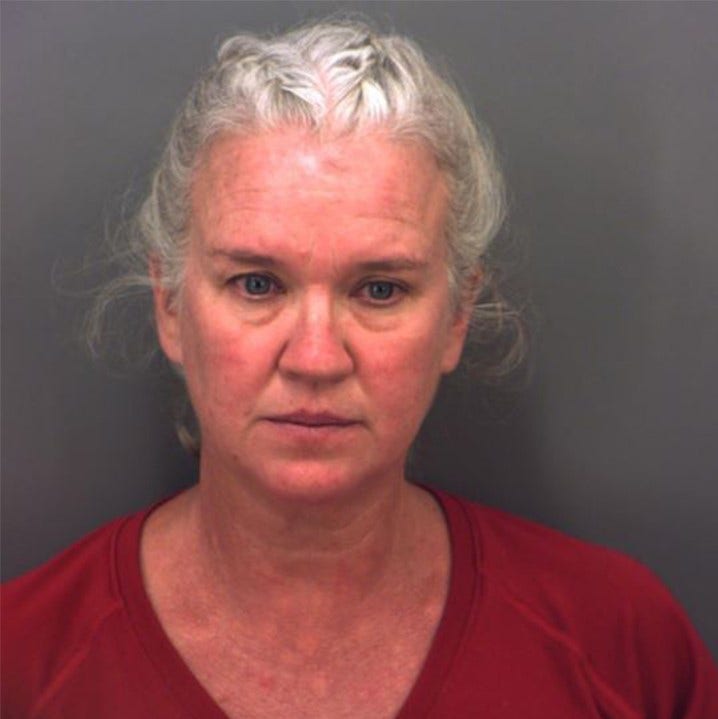 An El Paso woman and a juvenile were arrested Monday after law enforcement determined that they had kidnapped a Florida moms 18-month-old baby.

Jenna Roark, 45, and a 15-year-old juvenile are facing charges of smuggling of persons and aggravated kidnapping.

A mugshot of Jenna Roark.

The charges stem from a September 16 traffic stop, according to a DPS press release. Troopers discovered that Roark and the juvenile were smuggling illegal immigrants while also traveling with an unidentified 18-month-old baby, DPS said.

DPS said the child was in poor health and was taken to a local hospital for treatment. He was later released to child protective services while investigators tried to determine his identity.

“Being caught in a kidnapping for ransom (KFR) extortion incident is frightening as it is, but when the subject kidnaps a small child to hold for collateral until the parent pays for their services, is utterly inhumane and heartless,” said Jeffery R. Downey, FBI El Paso Special Agent in Charge in a statement.

Zimbabwe without Robert Mugabe: What has changed?

Woman gets 20 years for bilking Chinese in $26M hotel fraud

Kelvingrove Museum to be sold over Glasgow equal pay...

Study: COVID-19 vaccination may cause temporary, slight change to...

Special needs: No school places for more than 300...

US says Russia lying about chemical plot to set...

Cheq hopes an easy-to-use app for stablecoins will appeal...

Pope on prisons: No inmate should ever be deprived...

Josh Duggar Sent to ‘Most Laid-Back’ Prison Where ‘Sex...

Okta Says Hundreds of Its Customers May Have Been...

Biden mocked for story about leaving dead dog on...

The killings of 6 people in central California all...

Dame Kelly Holmes shares relief at coming out as...

Hackers Snagged $36 Million in Crypto in Breach of...

Schumer tests positive for coronavirus amid wave of new...

Millions are getting birth control advice from TikTok. Experts...

Today’s Celtics discuss the impact of Kevin Garnett and...

The Best Fitness Apps for Working Out at Home

Twitter’s edit button is rolling out to Blue subscribers...

American detained in Venezuela has attempted suicide, his family...