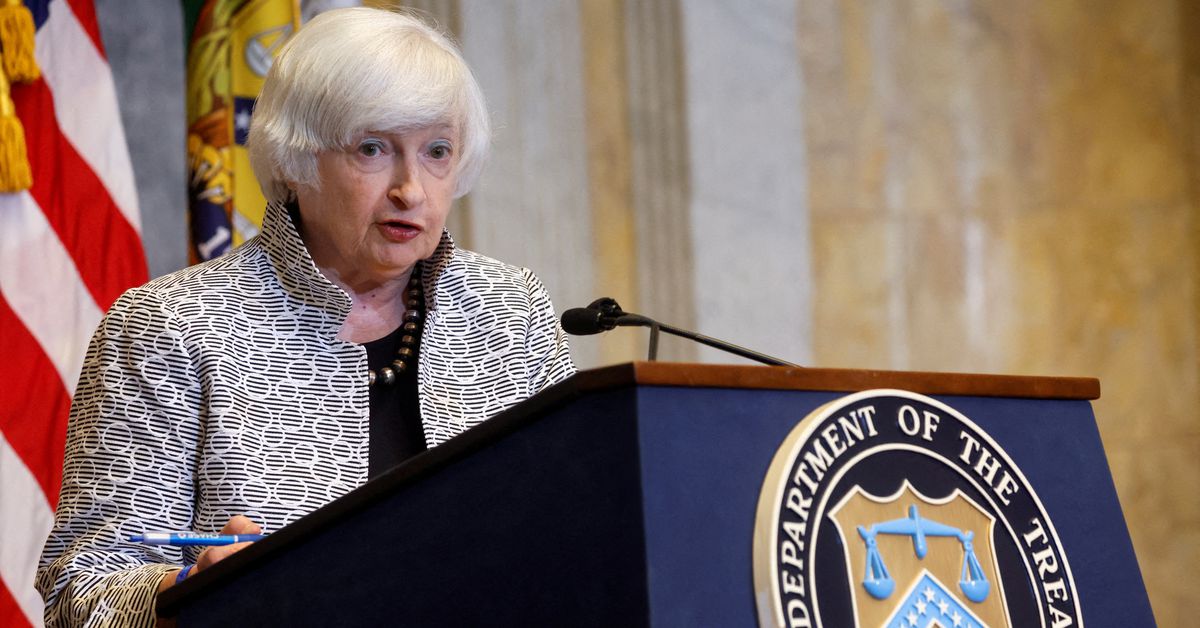 Sept 27 (Reuters) – U.S. Treasury Secretary Janet Yellen said on Tuesday the United States was monitoring developments in Britain after the government unveiled a fiscal programme that sent the pound to a record low against the dollar, the Financial Times reported.

The financial turmoil of recent days appeared to be confined to Britain and was not spreading to the global economy, Yellen told reporters at the end of her visit in North Carolina. She declined to comment on Britain’s new budget, the newspaper said.

The U.S Treasury did not immediately respond to Reuters’ request for comment.

Yellen’s comments came as the IMF openly criticized Britain’s new economic strategy on Tuesday, following the free fall in the sterling and gilt market that forced the Bank of England to promise a “significant” response to stabilise the economy.

Yellen said that both the United States and Britain had “significant inflation problems and central banks are focused on wanting to bring inflation down.” Police have no suspects in deaths of 4 University...

US Navy names destroyer after Filipino Medal of Honor...

GSMA warns full potential of 5G will be wasted...

Prime Video’s It Takes Two movie could feature an...

Premier League predictions: Who will finish where in 2022-23?

In Call to Putin, Macron Demands Halt to Military...

Joe Rogan, economics, and why capitalism is making people...

Energy expert calls on Biden to ‘focus’ on solutions...

Battery-Powered Trains Are Picking Up Speed

The Republican National Committee is suing Google over Gmail’s...

US hiring likely slowed last month (which may be...

This Gen Z founder is pitching hundreds of investors…...

Steam Deck prototype pics spark debate about what could...

On the other side of the continent, another hurricane...

DOJ files challenge to Alabama law that makes it...

On-chain raises are the future of startup funding –...

We could be waiting a while for the Samsung...

Robert Hughes: Australian actor and sex offender to be...

India’s Tata may have to write off AirAsia India’s...